If we look at the other awards ceremonies that we now call The Precursors, we see that, then as now, this race was over from the start. Oh sure - Marathon Man's Laurence Olivier won the Golden Globe for his role as the Nazi who comes out of seclusion for the sake of diamonds, but they're always a little perverse, aren't they? BAFTA had different qualifying dates for Network and Rocky, and so neither film was nominated at that event until a year later - and even then, the former's Ned Beatty and the latter's Burgess Meredith and Burt Young were left out in the cold.

No, friends, only one nominee in this category was also nominated for the BAFTA Award and Golden Globe, and had already won the National Board of Review and New York Film Critics Circle awards. And that man wound up winning the Oscar:


And as if all that weren't enough, Jason Robards wound up winning the year after, too, for Julia! But we'll get to that when we cover 1977. Until then, a closer look at this year's nominees

My mother had a LOT to say about one of these nominees.... 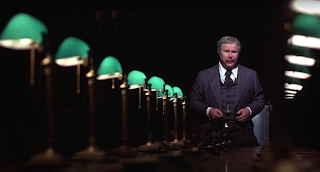 Glimpsed early on, but he's clearly up here for his Big Scene, a monologue about television's bottom line and the new American Gospel. Beatty makes the most of it - folksy and charming one moment, fire and brimstone the next, a tent revivalist in a three-piece. It's an unforgettable scene and performance.

MOM: Since I don't remember his performance, it seems I did not consider it exceptional. 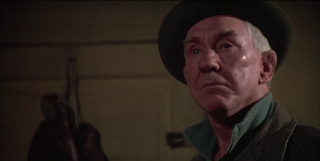 Everyone remembers his ball-busting toughness at the gym and in training. I was floored by his sad visitation of Rocky when news of the Italian Stallion's bout with Apollo comes out. At its core, Rocky is about connections - not fist to face, but person to person; Mickey trying to get in on the good fortunes of this "bum" he's always condescended to is, for me, the most devastating example of this. 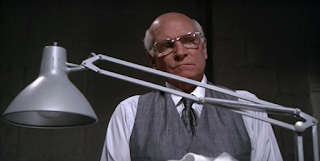 Sinister in his mundanity. A controlled performance, but not emotionless - he's cautious when preparing his cover, annoyed at delays, desperate to an almost pathetic extent at the end. But before that, it's all chill, baby, like any old businessman who knows how to keep calm.

MOM: "Is it safe?" He asks over and over again, not as a sadist, enjoying the pain given to another, but as a way of doing business, methodically myopic on getting this question answered to his satisfaction. His casual silencing of the woman on the street is terrifying. The only emotion he shows is near the end, fear, and futility. 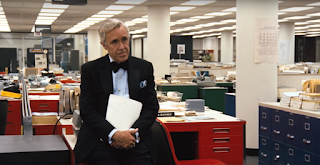 Jason Robards as Ben Bradlee
All the President's Men

A grower. You think at first he's going to be the gruff boss, Mr. Come On, Get To It, already. Slowly, the movie reveals that he's going to be more: a cheerleader, a protector of the truth. Robards does not play his scenes as such, but with a quiet certainty. He knows what he knows. Also? Quite funny. 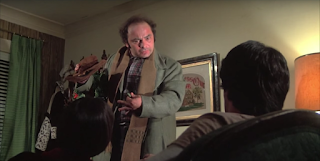 I love the shadiness of leaving Option 3 blank, just to take the others down a peg. But it's an interesting demarcation point, as it means only one actor managed to cross that divide for both of us. Which means the official vote of the Silver Screening Room goes to... 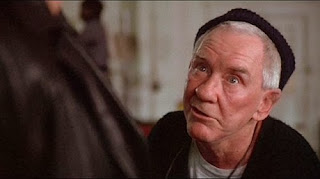 I agree with your Mom. Burgess Meredith was outstanding!