Spoiler alert: I love Paddy Chayefsky. I love that he was the first screenwriter to win three Academy Awards. I love that he wrote in multiple genres, in every format possible, that he was stylized yet human, serious and hilarious. The Hospital - not a fan, regrettably. But this win was well-earned!


Paddy was up against his fellow Americans and two European films - France's Cousin cousin, and Italy's Seven Beauties. A different time indeed - from 1945-1980, a 35-year period, 38 foreign language films were nominated for Best Original Screenplay! That's at least one a year, and then some. After that, though, it starts to get more scarce - a Life is Beautiful here, a Barbarian Invasions there - until A Separation becomes the most recent foreign language nominee in this category...and that was already five years ago.

(It should be noted - 2006 was an unusual year, with the multilingual Babel, the Japanese-language Letters from Iwo Jima, and the Spanish-language Pan's Labyrinth all in competition. Another outlier, considering recent history, is 2002, where Y Tu Mamá También was nominated, and Talk to Her won.)

What will the future bring? Maybe more like this year's Oscars, where foreign writers are nominated for English-language works, such as The Lobster's Greek filmmakers Yorgos Lanthimos and Efthimis Filippou. But I do hope that, eventually, we can get back to an international lineup.

My mom ranked, but did not comment. As this became more of a trend, another trend started to emerge. You'll see... 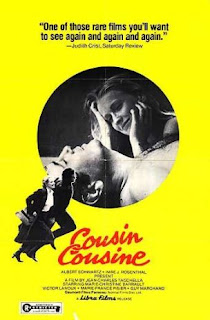 The setup for this light French farce is amusing - two people, suddenly cousins by marriage, strike up a friendship when their spouses start having an affair. And then the friendship becomes something more, but they don't sneak around like the other two did. A middle finger to societal mores and hypocrisy, delivered lightly and politely. 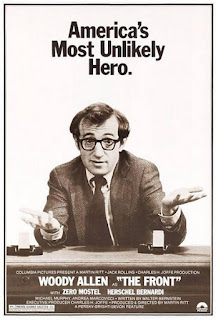 A serious comedy, or a deceptively "light" drama? Both apply for this movie about an asshole who fronts for blacklisted writers during the McCarthy Era - many of whom, yes, were Communist, and no, that shouldn't matter. It executes its beats simply, effectively. Still not sure how that final testimony scene doesn't end with contempt, but I think that may be my own ignorance rather than the movie's fault. 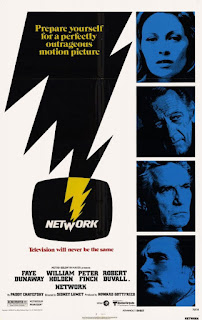 Flawless. It's not just an evisceration of the television industry, but an indictment of us, we complacent people allowing ourselves to be bought and condescended to, to become bored with serious news and demand instead flashy entertainment. It's witty, it's bitter, it's some of the best speechifying you've ever heard in a movie. And it still makes everyone recognizably human...even if they are television incarnate. 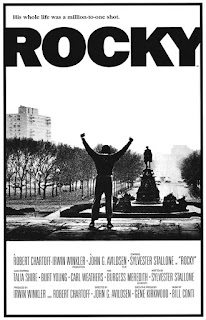 Rocky
Sylvester Stallone
Beautiful. I mentioned this briefly while discussing Burgess Meredith, but Rocky is perfect in its depiction of connecting. Rocky to Adrian, bringing her out of her shell; Adrian to Paulie, establishing her independence without losing a sibling; Paulie to Rocky, so that he, too, can be more than a bum; Mickey to Rocky, giving them both a chance they'd almost missed out on. And then, of course, Rocky to Apollo, Apollo to Rocky, fist to face. 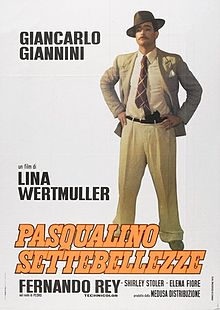 A complicated screenplay that manages to surprise, following Pasqualino, whom the call "Pasqualino Seven Beauties." He says it's because he's so good-looking; it's because he has seven sisters. He passes from murder to a mental institution to the army, eventually winding up in the camps - each step a result of him being oh so clever, much cleverer than the fools around him, he's sure. The protagonist isn't just a deluded asshole - he's a moron, a rapist, a coward. How can Wertmuller make such a character simultaneously repulsive, pitiable, and sympathetic? I don't know how she did it, but she did.

Network won the Oscar, Paddy Chayefsky's third. And I agree! And my Mom doesn't exactly disagree. Indeed, due to the rankings...we have a tie! The official Silver Screening Room winners are... 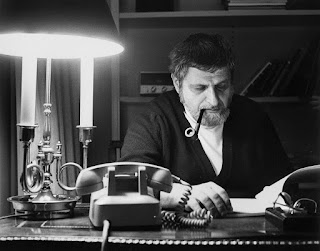 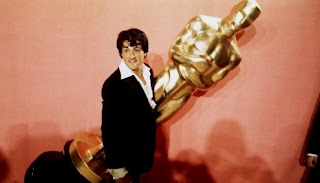