Over the past two weeks, we've discussed the 1961 Academy Award nominees in the eight major categories, plus score and song. All together, that's 23 films we've looked at, plus a mention of the difficult-to-find Khovanshchina.

Ah, but there were even more films up for Oscars that year! After the jump, nine more nominees, and my thoughts 'upon them. 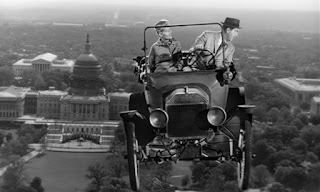 For both Special Effects and Cinematography, it's all about the airborne antics of Flubber, the car, the basketball team - even Keenan Wynn! Great "how'd they do that?" tricks that stand up today. I assume the Art Direction-Set Decoration is mainly for Professor Brainerd's madcap laboratory shed, which isn't bad. Good work all around in a delightful, fun film. 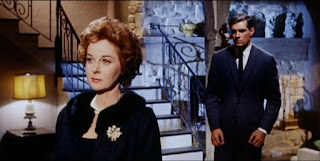 I love Susan Hayward in a melodrama, but this one wears out its welcome quickly. As it focuses on a dress designer and that whole world, not an entirely shocking nomination, though not the most exciting nominee in the category, either. Come to think of it, it's taking a slot that could have easily been filled by A Majority of One or The Parent Trap, even the otherwise unfortunate The Roman Spring of Mrs. Stone or Summer and Smoke. 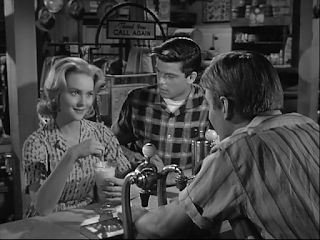 This is some grade-A studio trash about a good girl gone bad, as effective in its understated-ness as it is shocking in its luridness. A worthy nominee in its category, too, another instance of tracing arcs through the clothes: Claudelle's wardrobe gets fancier; her mother at one point trades the practical farm slacks for a white gown; even the dark stains at the brim of S.T. Crawford's hat add a touch of authenticity. Love it!

Immortal Love (aka Bitter Spirit)
Best Foreign Language Film nominee (lost to Through a Glass Darkly, which saw its domestic release in 1962)


A woman is torn from the love of her life when the son of the richest man in town rapes and forces her into marriage; this movie charts the consequences over 30 years. Every character gets an opportunity to wag their finger at her for not making the best of the situation, including the off-screen chorus singing us into each new chapter. It's impeccably shot, realistically written, brilliantly performed - and just so frustrating! 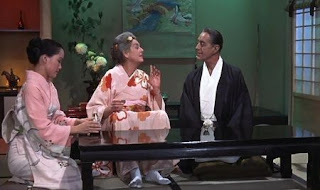 I have already stated how much of a fan I am of the film as a whole, but this is a somewhat surprising nomination - surely it'd be a better fit in Costume Design or Art Direction-Set Decoration? - especially considering that its cinematography can be...inconsistent, let's say. Perhaps more a nomination for the final Shabbat scene? 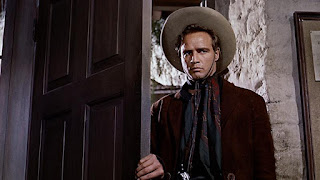 May be too long by a few minutes, but I'm still a great admirer. Part of the reason is its cinematography, which finds the right shade - or oppressive lack thereof - in the vast Mexifornia desert. 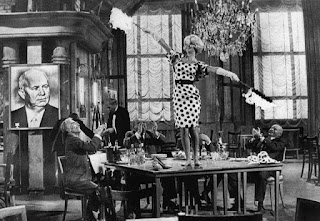 It does look great! Wish this was an Art Direction-Set Decoration nod, though. Fun flick, as I've said a few times. 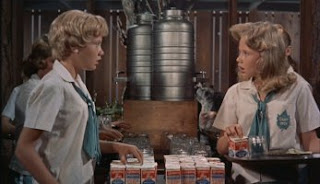 Undoubtedly up for the seamless splicing together of shots to make Hayley Mills interact with Hayley Mills. And yeah, it deserves it! Good thing it's also a dynamite flick, as I've mentioned in a few other places.

The movie is great, the costumes are great; should have been up for Score and Art Direction-Set Decoration, too, at the very least!

Email ThisBlogThis!Share to TwitterShare to FacebookShare to Pinterest
Labels: 1961, A Majority of One, Academy Awards, Back Street, Claudelle Inglish, Immortal Love, One Two Three, One-Eyed Jacks, The Absent-Minded Professor, The Parent Trap, Yojimbo