The performances nominated for Best Actress at the 1961 Oscars are iconic, career-changing, and, at least in one case, confusing. The nominees, after the jump. 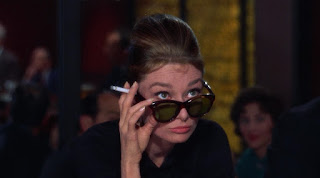 Hepburn's performance is full of purposeful calculation, from her handling of props to the heightened accent she uses around flatterers. It makes Holly's less-calculated moments more indelible: do I detect a slight, tell-tale twang when she talks about her brother? 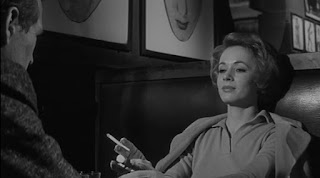 Borderline supporting, but once she enters the film, the entire energy changes. Laurie's voice sells the hardness of Sarah's character; you hear the life she's led. She has a firm handle on Sarah as enabler, cheerleader and wreckage. She had me at, "You're too hungry"; she broke me with, "You're not a loser, Eddie. You're a winner." 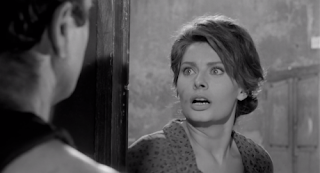 An unfussy, natural performance - compare this to her turns in El Cid and The Millionairess, you see the difference when she's used for her talent, not just her beauty. She's still sensual, but carries herself more comfortably; she's also much funnier, magnetic.

All pursed lips and fluttery intonations. Why does everyone in this movie act like their only exposure to people was watching 30 seconds of a panel show? Interesting, imitate-able, a choice - but not great. 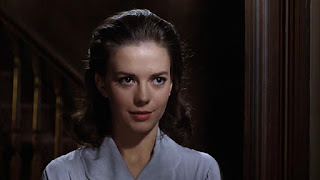 Given what she's working with, what she does is impressive. I don't completely buy Deanie on page, but Wood's performance is the real deal, a perfect storm of horniness and trying to be Good. No wonder she cracks up, in a hysterical sequence that Wood manages to ring true!


A performance I applaud, as you saw! But you also saw that another performance in a highly-regarded classic caught my eye and received five stars. A performance that has gone...overlooked. My Best Actress vote goes to:

PIPER LAURIE
for
THE HUSTLER

Tomorrow, the nominees for Best Picture: Fanny, The Guns of Navarone, The Hustler, Judgment at Nuremberg and West Side Story.