Day-and-a-half late, but we're back with the Academy Award Nominees of 1961! We start this week with the nominees for Best Supporting Actress, after the jump. 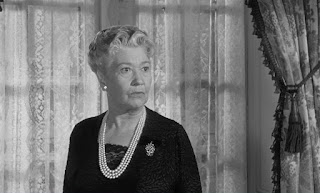 There is a moment in the film when a furious and humiliated Bainter turns on an adversary, then suddenly collapses, before rising, unassisted, continuing on her path of retribution. No one dares stop her. I wouldn't either. It's a great cap to a portrayal of frustrating credulity, side-stepping potential villainy (and stupidity!) to present a dignified if small-minded human being. 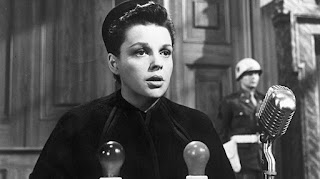 A triumphant return after seven years' absence from cinema, Garland more than holds her own - unsurprisingly! - in a solid, haunting turn. Watch her eyes - Irene is constantly listening, debating, making decisions, calling upon an unknown strength to keep her going...and all the time she's tired. 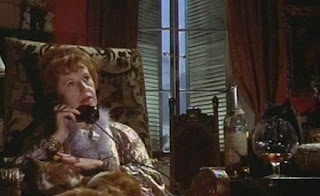 Enter the delectable villainess - but why? Lenya's motivations remain a mystery, her character a cypher; even her camp is more stale than delicious. A disappointment. 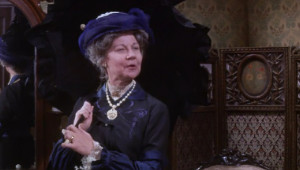 Una Merkel as Mrs. Winemiller
Summer and Smoke
*
first and only nomination

I guess she does what she can, all mischievous grins and childlike pouting. A device, not a character, and I don't even know to what end. How did this get in? 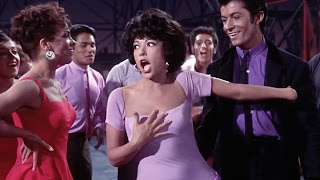 The most fully-realized performance in the film. Steals the show without distracting: we cannot help but feel warmth and excitement in her presence. "America", yes; the lip-sync of "Boy Like That", of course; but the way she navigates "The Dance at the Gym" and "Taunting" put her over the edge.

History was made when Rita Moreno won the Academy Award:


My choice is a difficult one: I sincerely consider Rita Moreno's to be one of the greatest wins in Oscar history, but Fay Bainter gave an incredible performance in what could have been a shallow role. Both stellar performances. But I have to check one box. And that check goes to.... 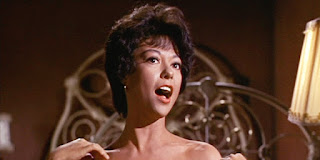 RITA MORENO
for
WEST SIDE STORY

Tomorrow - the nominees for Best Adapted Screenplay: Breakfast at Tiffany's, The Guns of Navarone, The Hustler, Judgment at Nuremberg and West Side Story.