Just like last year, I'm offering up the chance to allow my readers to choose a host for the Hollmann Awards. Last year, Betty White hosted in the first ever Silver Screening Room broadcast. Hosts in years past also include Philip Baker Hall and Patricia Clarkson.
Six options, five individuals: 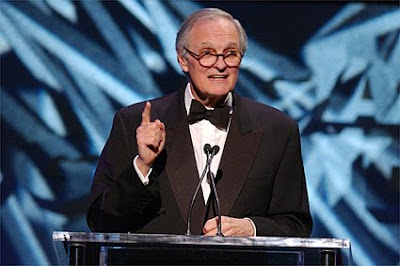 NAME: Alan Alda
FIVE FILMS: The Aviator, Everyone Says I Love You, Crimes and Misdemeanors, The Four Seasons, California Suite
Alan Alda is a veteran at this game. The son of actor Robert Alda, Alan made a name for himself as an actor, writer and director for screens both small and large. Best-known for his Hawkeye Pierce on the television series "MASH", Alda is regularly seen on NBC shows, late 80s/early 90s Woody Allen films, and the more recent Rod Lurie movies. He was nominated for a Best Supporting Actor Oscar for his performance in The Aviator. 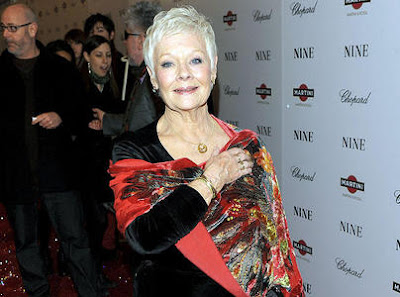 NAME: Judi Dench
FIVE FILMS: Nine, Casino Royale, Mrs Henderson Presents, Iris, Chocolat
Dame Judi Dench is one of the most respected actors in the world. Known for playing sharp-tongued grande dames, Dench excels at comedy and drama alike, and has even earned a place in the Bond Mythology. She is a recipient of the Best Supporting Actress Oscar for her performance in Shakespeare in Love, and has five additional nominations to boot. She is also a Hollmann Award Nominee for Best Actress for Notes on a Scandal. 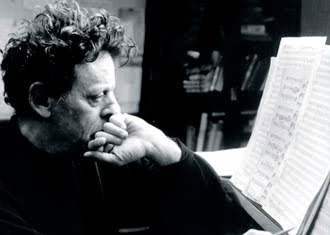 NAME: Philip Glass
FIVE FILMS: The Illusionist, Notes on a Scandal, The Hours, Kundun, Mishima
Philip Glass is a composer of operas, ballets, symphonies and film scores. His music is all very similar, but also very addictive. He is a three-time Oscar Nominee for Best Original Score. Notes on a Scandal brought him a Best Original Score Nomination at the Hollmann Awards. 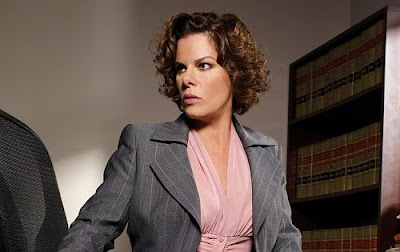 NAME: Marcia Gay Harden
FIVE FILMS: Whip It!, The Mist, Into the Wild, The First Wives Club, Miller's Crossing
Marcia Gay Harden worked twenty years in the business before winning an Oscar for Best Supporting Actress for Pollock. She was nominated in the same category three years later for Mystic River. Harden is a marvelous actress, who can be motherly, sexy, stern and wild. She originated the role of Harper in Angels in America on Broadway, but lost the Tony; she finally won for God of Carnage last year. 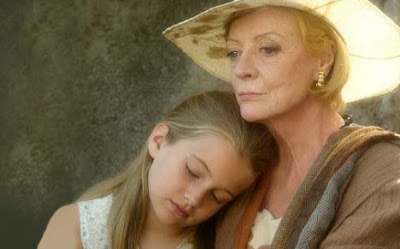 NAME: Maggie Smith
FIVE FILMS: The First Wives Club, Sister Act, Evil Under the Sun, Clash of the Titans, Murder by Death
Dame Maggie Smith is the greatest actress who ever lived. Underused in the aughts even before she was diagnosed with breast cancer, Smith is also great at playing snippity grande dames, though she does play warmer roles quite frequently. When I was a lad in first grade and we watched The Secret Garden, I told my friends I loved her; they thought I was strange for liking someone so old. Or maybe they thought it was strange because she plays a bitch. Maggie Smith has, regrettably, never been nominated at the Hollmanns, but that's because no one has really utilized her enormous talent for the past six years (though Keeping Mum came close). She won the Best Actress Oscar for The Prime of Miss Jean Brodie and the Best Supporting Actress Oscar for California Suite. She was nominated for the Best Actress Oscar for Travels with My Aunt and Best Supporting Actress Oscars for Othello, A Room with a View and Gosford Park. She kicks all the arses. 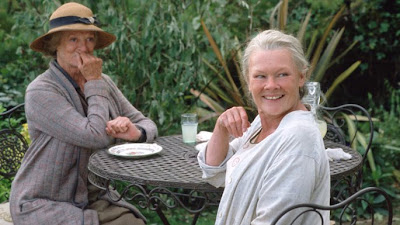 Who do you prefer for the job? One of the solos, or the Dynamic Dame Duo? Voice your wants out loud in the comments!
Posted by Walter L. Hollmann at 3:02 PM

I say the duo does the deed.

I think our boy Philly G deserves his moment in the spotlight. A moment that doesn't reek of swirling, descending insanity, that is.

that's a pretty fierce pic of Marcia there.

You would have a blast with Judi Dench....pick her, please?