James Bond is rarely respected by Oscar. Since 1962, the movies have received eight Academy Award nominations, including three for 1977's The Spy Who Loved Me (the last for 1981's For Your Eyes Only), and only two wins. That last win was in -- wait for it -- 1966, honoring 1965's Thunderball, the FOURTH Bond film. Now, I know many consider the Bond franchise to be "just" action flicks, and even Cubby Broccoli said, the movies weren't "art, just entertainment". But holy shit: 2006's Casino Royale, Telly Savalas in On Her Majesty's Secret Service, all the songs from From Russia with Love to Moonraker, David Arnold's scores since 1997, John Barry's scores from Dr. No to The Man with the Golden Gun, visual effects, sound....

What does make sense, at least, is that first nomination. Remember how huge The Dark Knight was and everyone was clamoring for it to win awards? It was nominated at the PGA, DGA and WGA awards, won two of its six Oscar nominations, and when it became the second highest-grossing movie of all time (not adjusted for inflation), it also became the most successful Batman movie ever. It absolutely defined the year in pop culture for 2008. It wasn't the first Batman movie, but it was the biggest and the best. 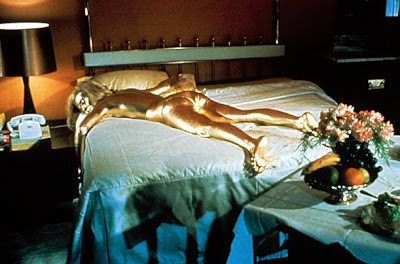 Likewise, in 1964, Bond mania reached its peak with the release of Goldfinger. This was the movie that started the merchandising awesomeness of the Bond films, including its relationship with toy car makers Corgi. The Aston Martin DB5, the most popular Bond vehicle of all time, made its debut here, sending sales of the car skyrocketing. In two weeks, it recouped its $3 million budget. It's also the Bond film with the most iconic henchman, most bombastic song, most (believably) action-packed finale...and, of course, the beginnings of absolutely amazing chick names with the introduction of Pussy Galore. Not to make a pun, but it is the gold standard by which other Bond films are judged.

So it was that it became the first Bond film to find itself nominated at the Academy Awards, winning in the sole category where it was honored: Best Effects - Sound Effects. Now, this is interesting, because it's a category that no longer exists. In 1965, they had Best Sound, Best Effects - Sound Effects, and Best Effects - Visual Effects. The category for Best Sound Effects was added the year before, and lasted until 1968. In the 1970s, it was mainly a Special Achievement Award, before becoming Best Sound Effects Editing from 1981 to 1999. Only in the last decade did it become the Best Sound Editing category we know and like well enough. Goldfinger is a deserved winner in this category, too. Just the laser and the hum of Ft. Knox alone are evidence enough. In fact, the entire section within Ft. Knox, where Bond battles Oddjob, is masterful in its sound work.

Now, Bond is a familiar face at the Casting Coups for The Silver Screening Room. This past June, I cast Diamonds Are Forever, Moonraker and Live and Let Die. In addition, I had a master list of the Bond regulars. This included Michael Gambon as M, Claudie Blakley as Moneypenny, Josh Brolin as Felix Leiter and Chiwetel Ejiofor as James Bond. Some would consider it criminal to recast Goldfinger: where can I get another Gert Frobe or Honor Blackman? But the real crime, of course, would be ignoring one of the most iconic films in all of cinema. Wouldn't you agree?


MR. MIDNIGHT
Who is He: The head of a large crime syndicate. Goldfinger brings him and others to plot the invasion of Fort Knox. Midnight pledges his cooperation and men to Goldfinger in exchange for a payment of gold bricks. His loyalty is repaid later when he, like the others, is gassed by Goldfinger. In the movie, that is. In the book, he goes with Goldfinger to help with Operation Grand Slam. 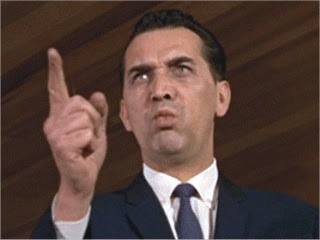 Bill Nagy (A Countess from Hong Kong, You Only Live Twice) 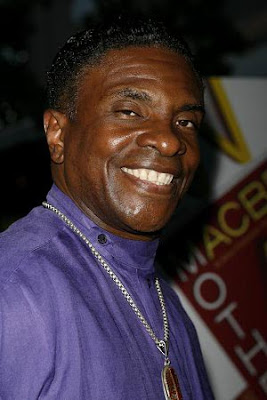 Keith David (Armageddon, The Princess and the Frog)
A smooth talker with an imposing presence, he could quickly telegraph the power, pride, and gullibility of this brief role. One of my favorite character actors, too.


MR. SIMMONS/JUNIUS DU PONT
Who is He: In the film, he is Mr. Simmons; in the novel, he is Junius Du Pont, who met Bond at Casino Royale. In both cases, he is losing card games to Auric Goldfinger, and it is he who introduces 007 to the Golden Gangster. He suspects something dishonest, and asks Bond to investigate. 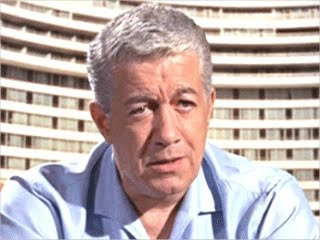 Austin Willis (The Mouse That Roared, The Boston Strangler) 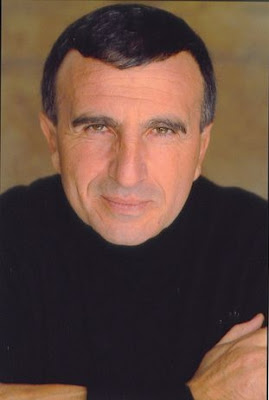 Frank Sivero (Goodfellas, The Wedding Singer)
Another reliable character actor. It's a simple role, albeit one that allows for a lot of glad-handing. Sivero can pull off the "buddy, buddy, help me, buddy" aspect of the role. He brings that New York attitude, and that's what Du Pont or Simmons or somebody needs.


MR. SOLO/HELMUT M. SPRINGER
Who is He: One of the gangsters Goldfinger invites to his Kentucky ranch to plan Operation Grand Slam. Solo is the only one who won't go with the plan, so Goldfinger allows him to leave. By way of DEAD! In the book, he has an "accidental" fall down the stairs, and his name is Helmut M. Springer. In the novel, he is shot while riding in the backseat of a car, which is then crushed at a junkyard. Advantage: movie. 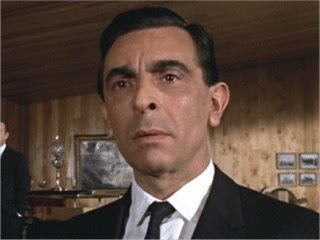 Martin Benson (The King and I, Cleopatra) 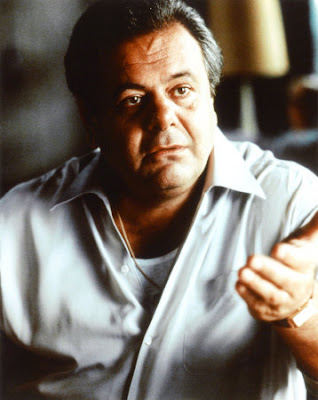 Paul Sorvino (Romeo + Juliet, Repo!: The Genetic Opera)
As the only other notable gangster of the story, I wanted someone who already has mob credentials. Sorvino, famous for playing Paul Cicero in Goodfellas, is that guy. Hey, maybe the opera-trained singer can cover the song, too!


COLONEL SMITHERS
Who is He: Representing the Treasury, Smithers suspects that something is afoot with Mr. Goldfinger. He trains Bond on the gold market, preparing him for the mission at hand. He and M together come up with the mission to track Goldfinger. 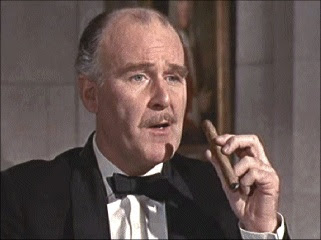 Richard Vernon (The Tomb of Ligeia, Evil Under the Sun) 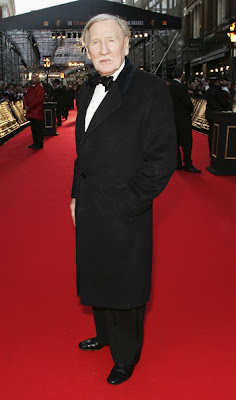 Leslie Phillips (Millions, Is Anybody There?)
If you know Phillips, there is little need to explain this. If you don't, it's farly simple: older, British, with a voice and demeanor that suggest "retired banker". And Smithers is a money kind of guy.


TILLY MASTERTON
Who is She: Jill's sister. Like Bond, she follows Goldfinger to his hideout. Unlike Bond, her mission is a pure vendetta, avenging the death of her sister at the hands of the billionaire terrorist. Bond considers trying it with her, but Tilly will not have it. Besides, she's more interested in Miss Pussy Galore.... 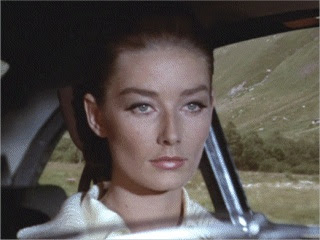 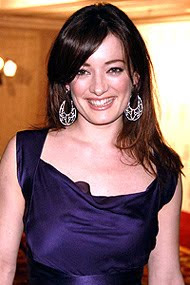 Laura Michelle Kelly ("Marple: Nemesis", Sweeney Todd: The Demon Barber of Fleet Street)
With only two film roles, Kelly shows a strong presence. No surprise, since she's theatrically trained. She meets the beauty requirements for a Bond Girl, but she can also hold her own.


JILL MASTERTON
Who is She: Goldfinger's secretary. She watches his games with Du Pont/Simmons through binoculars, informing her boss of his opponent's hand through his earpiece. Bond catches her, stops her, and -- because it's goddamn James Bond -- fucks her for a day. For her betrayal, Goldfinger paints her completely gold. Every inch of her. The paint suffocates her, and she is left on the bed for Bond to see. 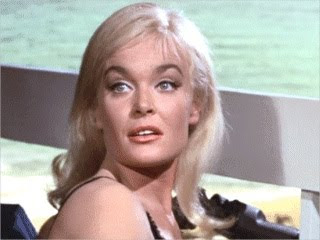 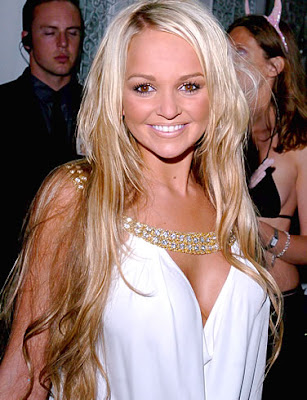 Jennifer Ellison (The Phantom of the Opera, The Cottage)
Sometimes, when casting Bond Girls, you just got to think: Does she have experience? Is this part within her range? How large are her two chief assets?


ODDJOB
Who is He: Goldfinger's manservant, a muscled mute with a sharp bowler hat. 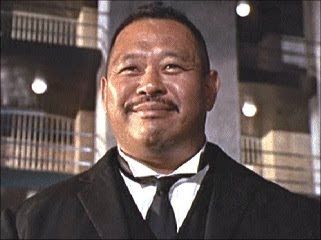 Harold Sakata (Mako: The Jaws of Death, The Happy Hooker Goes to Washington) 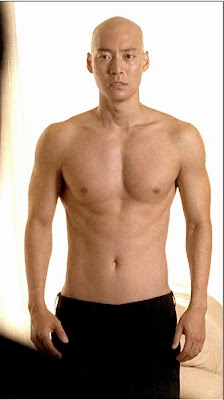 Tony Lee ("Lost", Novel Romance)
Lee is perhaps best-known as Sun's "other man" on the show "Lost". Everyone on that show is great, and he's no exception. He's fit, so he can be a physical threat to Bond. I don't think we always need sumo wrestlers or Schwarzenegger types to fight 007; it's more threatening when it's someone your own height and build who is whooping your ass.

PUSSY GALORE
Who is She: In the film, she is relegated to Goldfinger's personal pilot. In the novel, and this is much cooler, she is the leader of an all-lesbian gang, the only ones who get away. This could have something to do with the fact that they're all pilots, and therefore can fly out of anywhere. But also, Bond takes a shine to her, and she realizes he's the only male man enough for her. If that makes sense. 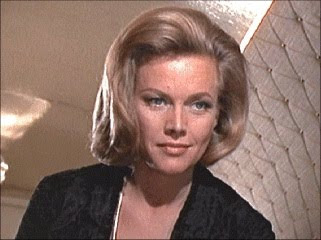 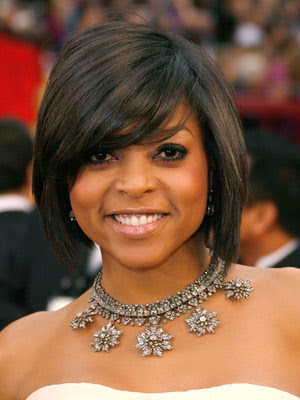 Taraji P. Henson (Smokin' Aces, Talk to Me)
Sexy and fierce. The woman is undeniably beautiful, but you know she could kill you just as easily as smile. A fantastic actress who can hold her own against any of her screen partners, oftentimes stealing the show without them realizing it. Henson would be a worthy addition to the Bond Girl Sisterhood.


AURIC GOLDFINGER
Who is He: A wealthy businessman, also known as The Richest Man in England. Goldfinger is an expatriate who keeps his wealth as gold bullion, spread across the world. He does not keep anything in banks, nor does he pay taxes. The body of his car is pure gold, which he hides beneath a false exterior, allowing him to smuggle the precious metal across borders. He runs a business that makes metallic furniture, and plans Operation Grand Slam: the destruction, one way or another, of Fort Knox. 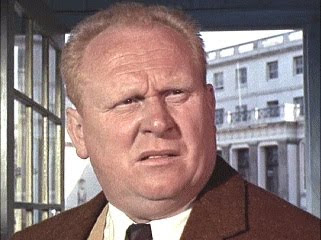 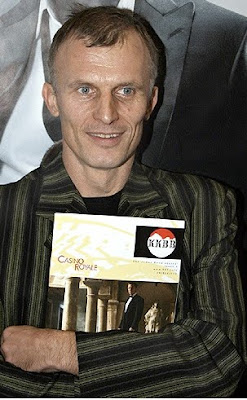 Richard Sammel (Casino Royale, Inglourious Basterds)
His brief appearance in Basterds is notable for his suave, honorable demeanor never failing as he defended evil. He made wickedness look like an obvious course of action. So, he may not be as large as Goldfinger always has been in our minds, but he definitely deserves a big role like this one. He can get the character down, and still be lithe enough to keep up with James Bond. He's the only one for this role.