What the Fucking Fuck???

This was the worst movie-going experience I've ever had. Ever.

It wasn't the movie's fault. Oh, no. In fact, I can't even give you a proper opinion of The Wolfman, distracted as I was by the projection. Right after the trailers ended, we noticed the "Feature Presentation" card was a little off. But we thought it wouldn't be so for for the movie. We were dead wrong. For the first thirty-five minutes, this is what we got: 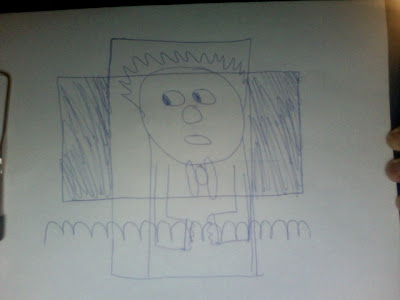 See? See how the picture bleeds onto the ceiling and the seats? Yeah, this is what we had for the first thirty-five minutes of a two hour movie. I know, because when they finally corrected the image (after seven or eight people walked out to complain), I looked at my watch. Thirty-five minutes. But, OK, the problem was solved, right? 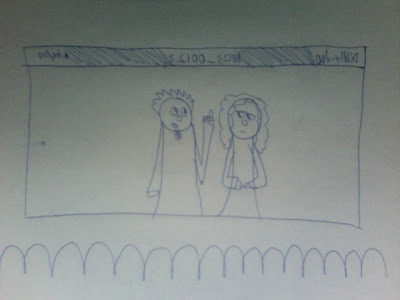 Now, obviously I don't have a real scanner, so I used the Photo Booth program on Apple and it wouldn't flip right, so whatever. But you get the point, right. Right at the top of the screen are the numbers and everything. Occasionally, too, we would just get a pure black bar across the top. I mean, what the fuck? The first problem you could claim was the result of being in a smaller than intended theater (which, by the way, is stupid, and why does Valentine's Day need the almost-IMAX screen?), but I don't understand this problem at all.

At this point, an employee came into the theater, crouched low to the screen...and widened the curtains. I don't know what made him commit this act of maliciousness, but we were now back to a screen that was blankly black on the left and right. Which is distracting, as I'm sure you know. Did he think if we were mad about that, we wouldn't notice the digital numbers? Because if so, then he probably shat himself when this happened: 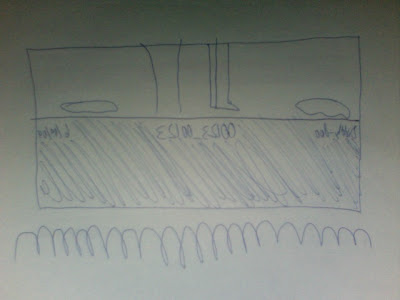 And that's when the audience gave up. Half the audience cried, "Come on! What the fuck?" The other half, me included, just started laughing. It was just so absurd by that point. We only got that picture for a short minute, as opposed to the ten of this: 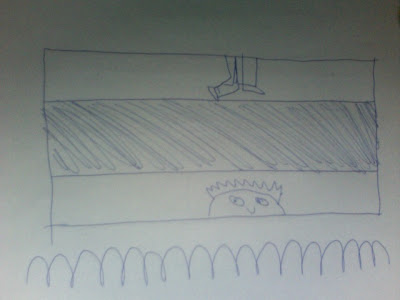 Ahahahaha! Were they for fucking real?

This is when I ran out, and a young woman and I walked in tandem to the management office. We knocked and knocked, but no answer. We went upstairs. We knocked on every door we could find. When I went back downstairs to the lobby, the entire theater had left. We wandered about, trying to find any employee we could who would solve the problem. I went back in to check on the picture, and that's how I know the above image lasted ten minutes, at the very least. Despicable.

We were out there an hour. I know it was a midnight movie, but there should have been someone working there, especially considering that we only one of four movies playing at that time. For a full hour, we were looking for an employee: projection, concessions, cleaning, somebody. Not a soul. Even the horrid curtain-widener was nowhere to be found. We wrote notes to the management and left them on the Service & Information desk. Most of them were actually pretty polite. One told them to go to hell. Mine said, "Unacceptable." Nothing else.

Finally, a security guard for the mall arrived and spoke to us. He was surprised to learn there were no employees there, so he checked himself. When he came back, he informed us that if we return in the morning and ask for the manager (sir, I have given you anonymity, so you're welcome), we can be either reimbursed or given a free ticket. I'm asking for the reimbursement. Because between this, the echoing sound of The Final Destination, the dim projection light on three of their screens, and the first blurry, out-of-focus half-hour of The Lovely Bones, this movie theater is not getting my money.

So, if you're ever in Tallahassee, Florida, just know that the AMC 20 at the Tallahassee Mall, 2415 N Monroe Street, is an over-priced, awful place to see a movie. I'm sorry I ever gave my money to a business that wasn't Regal. I may be just one guy, but I hope others read this and opt for not-shitty service.

For more info, check out Oh, Cinema's rant.
Posted by Walter L. Hollmann at 12:14 AM

Email ThisBlogThis!Share to TwitterShare to FacebookShare to Pinterest
Labels: reviews

thats incredible. if i lived close by i would go up in the morning and claim I was at the cinema myself and would want reimbursment too.

Your title is a quote from "Boys Don't Cry"!

I remember when I went to FSU, they did something similar during the summer "blockbuster" 'The League of Extraordinary Gentlemen". It was one of the worse movie-going experience in my life.

I did end up getting my $5 back. (in an old-grandpa voice), that's how much movies cost back in the day.

Hahah. I can't wait to head back down there in March to relive it all.

Twister: Alas, I've not seen "Boys Don't Cry". To me, it's a Mary Steenburgen line from "Step Brothers"!

I'm so happy that we never have to go back to that theatre again. I'm convinced it was always at least 3x louder than any other movie theatre I've ever been to.

I'm glad I didn't wake up to you being in jail.

this was very funny, with the drawings and everything :))