Casting Coup: What Ever Happened to Baby Jane?

It's incredible to think that Hag Horror actually had a place of respectability within the film community. It isn't always that an Oscar Winner can also claim Cult Status, but it happens. So before Who Slew Auntie Roo?, Strait Jacket, Night Watch and Berserk!, Hag Horror began with a bang, as well as a question: What Ever Happened to Baby Jane?

I recently wrote about my own relationship with this film. Suffice to say, it's one of my favorites, right up there with Who's Afraid of Virginia Woolf? in the genre of Ponderous B&W Films Starring Wrinkled Women Made in The Sixties. And since I've recently watched it, it's a natural candidate for a Casting Coup.

What can be said about this film that hasn't been said before? By me? For one, Jack L. Warner was completely against the idea of making a movie starring two actresses past their prime. This is especially interesting because, as much as we can bellyache about ageism and sexism in today's Hollywood, at the time of the film's release, Bette Davis and Joan Crawford were, respectively....54 AND 57 YEARS OLD. By those standards, the following actresses are ripe for hag horror: Joan Allen, Kim Basinger, Geena Davis, Whoopi Goldberg, Amy Irving, Mary Steenburgen, Mary McDonnell, Oprah Winfrey and Kathleen Turner.

Actually, I guess Irving, Basinger, Davis and Turner really don't have the careers they had in their youth. BUT STILL.

Baby Jane was nominated for two BAFTA Awards, two Golden Globes, and the DGA Award. AFI named Baby Jane Hudson the 44th Greatest Movie Villain in 2003. The film was featured, very effectively, in House of Wax, and even referenced on an episode of "Seinfeld". It also led to a successful follow-up, Hush...Hush, Sweet Charlotte, which went on to be nominated for seven Oscars. In 1991, the Redgrave sisters starred in a made-for-TV remake, with Vanessa as Blanche and Lynn as Baby Jane.

Before all that, though, What Ever Happened to Baby Jane? was nominated for five Academy Awards. Joseph D. Kelly, the head of the Seven Arts-Warner Bros. sound department, was nominated for Best Sound, losing to John Cox's work at Shepperton for Lawrence of Arabia. Ernest Haller's eerie Cinematography lost to Jean Bourgoin and Walter Wottitz double-teaming for The Longest Day in the Black-and-White category. I've not seen The Longest Day, but it better have some impressive camera work! Victor Buono, a newcomer to film, would later become known as the villainous King Tut on "Batman" starring Adam West; that night, however, he was nominated for Best Supporting Actor, which went to Ed Begley for Sweet Bird of Youth. Bette Davis should have won for Best Actress, but the award went to Anne Bancroft's admittedly strong work in The Miracle Worker. Joan Crawford, furious at her being snubbed, offered to accept on Bancroft's behalf if she didn't show. Well, Joan got her chance, and reportedly snapped to Bette, "Out of my way!" as she made her way to the stage.

But it won! Yes, Baby Jane, the grand guignol of hag horror, the movie where parakeets are murdered, maids are hammered, and a heavily made-up Bette Davis dances around a beach, Baby Jane won an Academy Award! In the category of Costume Design - Black-and-White, Norma Koch reigned supreme. She even beat out seven-time champion Edith Head's designs for The Man Who Shot Liberty Valance! And when you see Bette Davis in outfits like this: 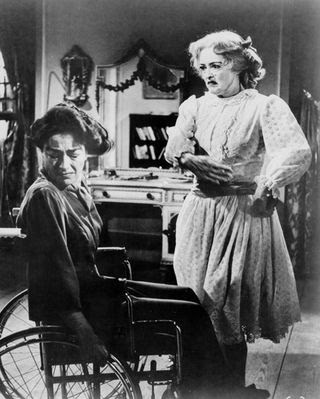 Besides, it's a subject that's still relevant. In the movie, Jane is a great child star, but no one respects her as a legitimate actress when she grows up. She takes to drinking, then tries to stage a comeback after forty years...a comeback which involves her wearing the wigs and costumes of her childhood. It's the cautionary Child Star Tale that we all know. Look at its effects on people like Brad Renfro or Lindsay Lohan. Look at the dangers of parents managing their careers, like the Culkins, Gary Coleman's family, or Dina Lohan. It's a subject we know all too well.

But how on Earth does one go about recasting this gem? Really, it all stems from the idea that older actresses should be BEGGING to take these roles. My God, they're the juiciest fun an actress could ever have! The only ones disqualified would be Judi Dench, because she did Notes on a Scandal, and Maggie Smith, because of Keeping Mum. But holy hell, older actresses playing older actresses trying to recapture their youth? YES, PLEASE!

That said, things are being done a little differently for this Coup. Read on...

RAY HUDSON
Who is He: The girls' father. Finding that his younger daughter, Jane, had golden hair and an ability for song-and-dance, he trotted her out to make money as a STAR. He was a promoter and manager first, a father fourth or fifth. Any frustration he took out on Blanche. 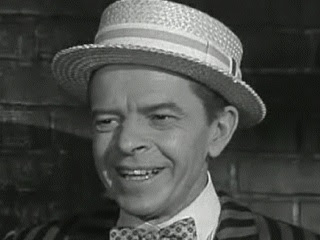 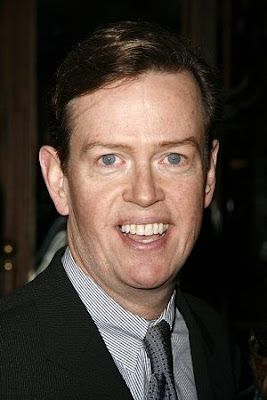 
DEHLIA FLAGG
Who is She: The mother of Edwin. This English expatriate taught her son how to play music. She does not mind that he still lives at home, she's just glad to have her precious little boy around her. 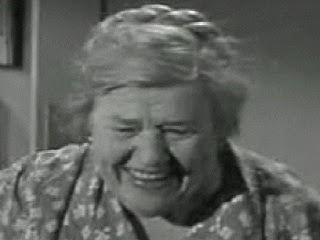 Marjorie Bennett (Man of a Thousand Faces, One Hundred and One Dalmatians) 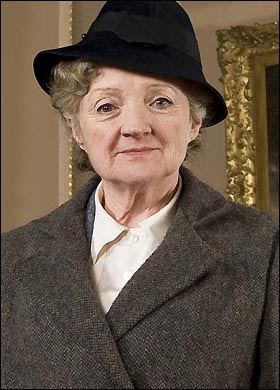 Julia McKenzie (Shirley Valentine, Bright Young Things)
She's played slightly daffy women before. Besides that, though, she humanizes even the smallest of roles. Remember her brief but memorable turn as Dame Judi's sister in Notes on a Scandal?


MRS. BATES
Who is She: Neighbor to the Hudson sisters. Mrs. Bates is a big fan of Blanche's movies, and often sends her flowers and fan letters. Though put off by Baby Jane's bitter rudeness, Mrs. Bates is always trying to be neighborly. 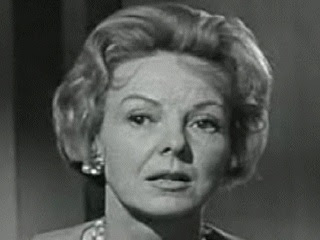 Anna Lee (The Ghost and Mrs. Muir, In Like Flint) 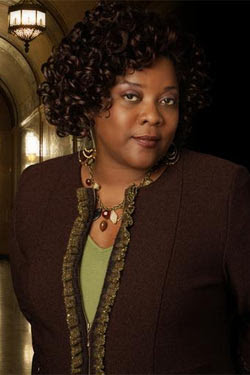 Loretta Devine (I Am Sam, My Son, My Son, What Have Ye Done)


ELVIRA STITT
Who is She: Maid to the Hudson sisters. She is great friends with Blanche, but fears that Jane is slowly losing her mind. Elvira and Blanche plan on selling the house, getting Jane help, and moving to a smaller place. She only comes once a week, so she is shocked to discover the torture that has been building since her last visit. 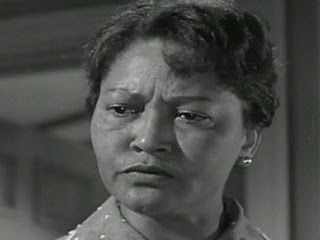 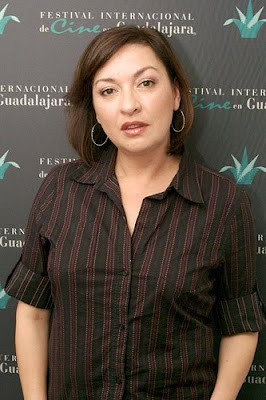 
EDWIN FLAGG
Who is He: Dehlia's son. Edwin answers an ad in the paper looking for a pianist; it is Jane, seeking an accompanist for her comeback. But Edwin is not at all the charming young Englishman he makes himself out to be. He, too, is a drunk; worse, he's a scoundrel, exploiting older women's tenderness to make money off of them. He is not interested in Jane's comeback or friendship. He just wants her money. This is something flirtatious, sad Jane never realizes. 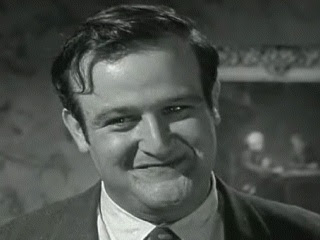 Victor Buono (Hush...Hush, Sweet Charlotte, Beneath the Planet of the Apes) 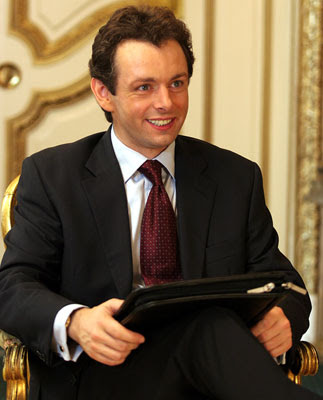 Michael Sheen (The Damned United, The Twilight Saga: New Moon)
"As for that silly Mr. Blair with his Cheshire Cat grin..." He does have a disarming charm to him, doesn't he? One that could hide his ulterior motives. I give him the role of Edwin because he has played schemers and charmers before, and he could have a ball with it.

BABY JANE & BLANCHE HUDSON
Who are They: The Hudson Sisters grew up in each other's shadow. As children, Baby Jane was a vaudeville star, with Blanche has the plain ol' brunette. As they grew older and went into film, Blanche's beauty and talent guaranteed her success in Hollywood; Jane couldn't act her way through an Ed Wood film, but Blanche always saw to it that Jane made a movie a year. The switch hurt Jane, and she took to drunken bitterness. Forty years later, after a car accident at the front gate of their home, Blanche is paralyzed, bound to a wheelchair, while Jane walks about in full makeup, caking more on every day. "Sister, sister, oh so fair; Why is there blood all over your hair?" 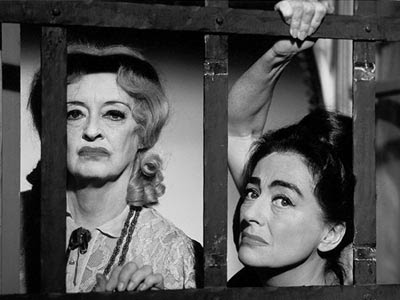 My Choice:
Now, here's where things get a little different. I always like to post my definite performers, the ones I would hire first. But I have to admit, that when it comes to Baby Jane, I would hold final auditions. Provided these women would audition, of course. So, there's still the Two Hollywood Stars as Jane and Blanche, but I have two choices for each. 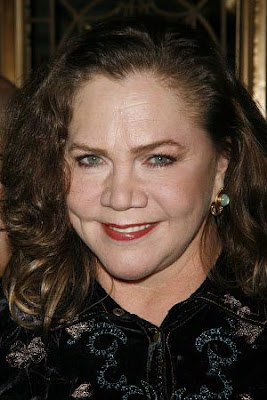 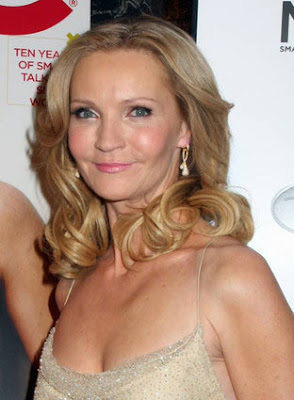 Kathleen Turner (Body Heat, Marley & Me) as Baby Jane Hudson
Joan Allen (The Notebook, The Upside of Anger) as Blanche Hudson
Turner is an actress who, though still respected, was better known in the 1980s. Her sole Oscar nomination came in 1986. Even on stage, her successful, lauded work in The Graduate was ignored by the Tony committee, while she went home a bridesmaid the night she was nominated for Who's Afraid of Virginia Woolf?. Meanwhile, Allen is always finding new areas of success. The last of her three Oscar noms was in 2001, she won a Tony in 1988, and she has that new TV Movie Georgia O'Keeffe which garnered some awards recognition. Seeing these two play off each other would be a dream come true. 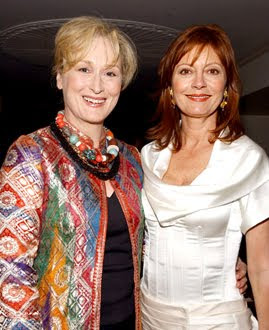 Meryl Streep (Marvin's Room, Prime) as Baby Jane Hudson
Susan Sarandon (Atlantic City, The Lovely Bones) as Blanche Hudson
Streep loves chewing the scenery while still giving dimension to her characters, so Baby Jane would be excellent for her. Sarandon is better in quieter roles, and that sex kitten voice would be purr-fect for the more soothing Blanche. I know Meryl has a smooth voice, too, but she also loes doing new voices.

Which of these pairings would you like to see? Or do you have some ideas of your own? Gimme the feedback below!
Posted by Walter L. Hollmann at 10:54 PM

Oh my god, I could totally see Streep and Sarandon playing those roles!

Streep is so played out. I get annoyed thinking Hollywood sees her as the ONLY actress over 50 which they can utilize for good roles. I would love to see MORE Mary McDonnell actually. Brilliant, capable actress who should do more big screen films. She has chemistry with everyone and she can put on a potato sack and act out a love scene with a cactus plant in the middle of Gobi and still make it look effortless.

Good list. I'm loving Kathleen and loving Susan even though I love Joan and whatever my thoughts on her Streep would kill this...but if I had my way...Jessica Lange as Jane vs Sissy Spaceck as Blanche.

Robot Princess: I'll say this - Streep is played out because she *is* that amazing, but I do agree she is frequently miscast because she is the most bankable actress in the age bracket. I, too, would love to see more Mary McDonnell, but I can't see her in either of these roles. She's more of a Olivia de Havilland in Hush...Hush, Sweet Charlotte. OMG THAT WOULD BE AWESOME!

Adrew @ Encore Entertainment: The more I think about it, the more I think I would go with Kathleen Turner. I thought about Jessica Lange and Sissy Spacek briefly, but the former has had a lot of work done. I see Jane as someone who still believes there's something girly and coquettish about her, and therefore would slather on the makeup, but would draw the line at surgery. Sissy, though, would also be cool.

TWISTER: Right? Especially Sarandon, for me!