Cabaret is probably the best depiction of Germany in the days approaching World War II. The director of the production I was in once went on a rant after a sloppy rehearsal for "Telephone Song", explaining how if our characters didn't get carelessly drunk, then the show doesn't work. We have to not care about tomorrow or today or five seconds from now, we have to want to just party and have a good time and escape from the world. Because it was not anti-Semitism or desperation alone that led to the rise of the Third Reich, but a careless, apathetic people who couldn't oppose a terrifying new power because they were drunkenly ogling girls at a cabaret. And that's what the Cabaret is: the greatest distraction the Nazis had. Which is why the ending of Sam Mendes's revival does not completely work; in trying to humanize the MC and make him a Jew, the symbolism is lost.

So, yes, it is the greatest depiction of this era because it does not rely on sobbing children or alarums or a rabid Hitler or dead Jews to portray the sickness, but musical numbers. The audience gets caught up in the whirly fun of it all, with the sexy Sally Bowles and the charming MC, and before we know it, the Nazis have taken over. It's a devastating show, and the film works it just as effectively.

Sometimes I can't believe it took me until November to see Cabaret. I knew several people who owned it. I owned the Broadway Cast Recording in high school. And my junior year of high school, I played Clifford Bradshaw (Brian Roberts to fans of the film) in a stage production, probably my personal favorite performance from my theatre days. A good chunk of my teen years were spent with the show, yet something in me avoided the film for years.

I think it comes down to knowing I was ready for it. People had already told me it was almost nothing like the stage version, so I needed some years to separate myself on that front. Even then, it needed to be a moment where I knew I had to see it, that there was no going back, that the planets were all in alignment. It's just such a respected piece of cinema, I wanted to be sure that I was properly cleansed and open to its gifts. In the end, I made the right decision, because when I finally did see it...oh man.

The movie is markedly different from the stage production. Sally is American, Cliff is British and renamed Brian, his friendship with a Nazi is cut out in favor of a subplot involving a very rich German and the menage a trois that follows. The romantic subplot between the landlady and a Jewish tenant is replaced by one between a student of Brian's and a wealthy Jewish girl. The landlady and the prostitute are reduced to cameos. Most notably, the song score is greatly reduced, leaving only the songs performed in the cabaret and the Nazi recruitment song, "Tomorrow Belongs to Me". There are eleven songs cut in all, though two are replaced by newer songs; in addition, "Maybe This Time" is added to the proceedings, becoming one of the most recorded and recognizable song from the film.

But all these changes are fine: Bob Fosse is at the helm. And Fosse, from what I've seen, only knew how to make masterpieces. Apparently, the Academy agreed, awarding him the Oscar for Best Director over -- wait for it -- Francis Ford Coppola for The Godfather. I know!

Actually, Cabaret only lost two of its ten nominations, both to The Godfather: Adapted Screenplay (Jay Allen losing to Coppola and Mario Puzo) and Best Picture of the Year. Of its eight wins, four were directly up against the mob epic. In addition to Fosse, Robert Knudson and David Hilyard won for Sound, and David Bretherton won the Film Editing trophy. As for number four, the trifecta of Pacino-Duvall-Caan lost the Supporting Actor Oscar to Joel Grey, whose legendary portrayal of the Master of Ceremonies made him the sixth of nine actors to win the Tony Award and the Academy Award for the same role. Anyone who's seen it knows why.

Liza Minnelli won Best Actress, of course. Her Americanized Sally Bowles is a hurricane of energy, a real livewire, one of the most deserved wins in Oscar history. Composer Ralph Burns won back when the score category was separated, his winning for Original Song Score/Adaptation. Geoffrey Unsworth's spectacular cinematography won -- though, remarkably, The Godfather wasn't even nominated. Finally, Rolf Zehetbauer, Hans Jurgen Kiebach and Herbert Strabel won for Art Direction/Set Decoration. And the accolades don't stop there: three Golden Globes, seven BAFTA Awards, and #63 on AFI's 2007 list of the 100 Greatest Movies Ever Made.

So, yeah, a little intimidating. How does one improve on one of the most respected, renowned, perfect adaptations of a musical?

You don't. Instead, you go back to square one. Forget the subplot with Marisa Berenson. Put Schneider and Schultz back in. Let everyone else have their musical numbers. Turn British Brian Roberts back into American Clifford Bradshaw. And Sally Bowles...keep her English.


ERNST LUDWIG
Who is He: A German Clifford meets on the train to Berlin. Ernst is likable, humorous, a pleasure to be around. He is also a devoted Nazi, warning Clifford and Sally not to mix with people like Schultz.

Sings: The Telephone Song, Tomorrow Belongs to Me
The sun in the meadow is summery warm
The stag in the forest runs free
But gather together to greet the storm
Tomorrow belongs to me

Joe Anderson (Control, Amelia)
Young, likable, blond. He can probably do a German accent. His American one is impeccable, and he's from England.


FRAULEIN KOST
Who is She: A prostitute living at Schneider's boarding-house. She, too, becomes a member of the Party.

Sings: Tomorrow Belongs to Me (Reprise)
The babe in his cradle is closing his eyes
The blossom embraces the bee
But soon says a whisper, "Arise, arise,
"Tomorrow belongs to me" 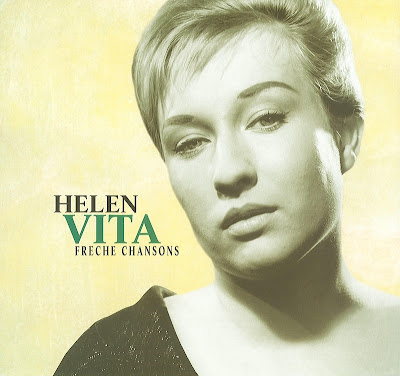 Carice Van Houten (Black Book, Valkyrie)
Yes, yes, I know she's Dutch, not Deutsch. She's still the only person in this cast that's actually from continental Europe. She can sing, too, which is good because Kost leads the reprise.


HERR SCHULTZ
Who is He: A fruit shop owner who lives at Schneider's boarding-house, he falls in love with his landlady. The two pursue a romance, but it becomes difficult when his Jewishness is attacked by the rising party. 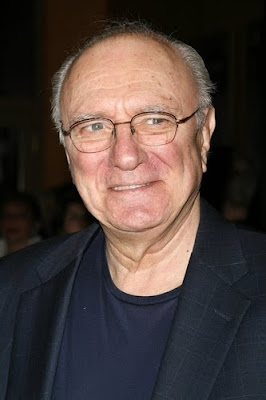 Philip Bosco (Shadows & Fog, The Savages)
A great character actor with equal abilities in comedy and drama. I love his voice, too. Imean, I've never heard him sing, but I love his speaking voice.


FRAU SCHNEIDER
Who is She: A widow who runs the boarding-house where Clifford and others stay. Schneider tries to make the best of things, but finds herself falling in love with her Jewish tenant as the Nazis rise to power.

Sings: So What, It Couldn't Please Me More, Married, What Would You Do?
With the storm in the wind,
What would you do?
Suppose you are unafraid and wise,
Being told what the choice must be.
Go on, tell me... I will listen...
What would you do?... If you were me! 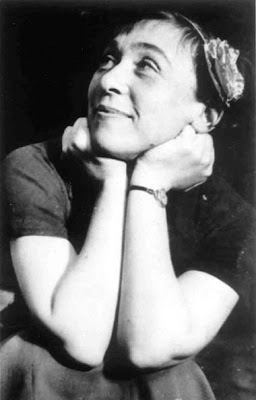 Start at 8:17
Diana Rigg (On Her Majesty's Secret Service, Theatre of Blood)
A magnificent singer and an actress who never got her due. Not as much as she sh0uld have, at any rate. I know she can do accents, and she can certainly bring the funny for the first song and gravitas for the last one.


CLIFFORD BRADSHAW/BRIAN ROBERTS
Who is He: Clifford Bradshaw is a writer from Philadelphia. He arrives in Berlin to teach English, and winds up meeting and falling in love with Sally Bowles. While she is content with forcing her head in the clouds, Clifford becomes increasingly uncomfortable with the Nazis and jealous of Sally's profession. 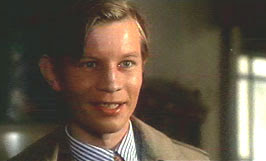 Michael York (Murder on the Orient Express, Transformers: Revenge of the Fallen)


THE EMCEE
Who is He: The Master of Ceremonies at the Kit Kat Club, the cabaret club where Sally performs. The emcee is a showman first and last, representative of pre-war Germany. He seems so cool and fun, but there is also a strange, sinister edge to him. 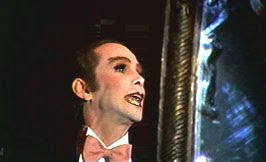 My Choice: Golden Globe Winner for Best Actress in a Musical/Comedy (Pennies from Heaven)

Bernadette Peters (The Jerk, Annie)
Weirdly enough, this was my immediate choice. She's a hell of a performer, commanding a stage the way few people can. The role has been played by women on stage in a number of places (or so I've read). Alan Cumming's performance in the revival transformed the Emcee into a being that was not asexual so much as he was omnisexual. Why, then, can a performer of Peters' caliber not play this role? Because of the male-specific songs? That in itself could be part of the challenge, one that I'm sure Peters is more than able to make her bitch.


SALLY BOWLES
Who is She: The star of the Kit Kat Club, a larger-than-life English beauty who knows she's going to be a big star one day, right? She has a string of lovers, but becomes involved with Clifford. The two fall in love, but Sally is a free-spirited sort.

Sings: Don't Tell Mama, The Telephone Song, Perfectly Marvelous, Cabaret
You can tell my grandma, suits me fine
Just yesterday, she joined the line
But don't tell mama what you know! 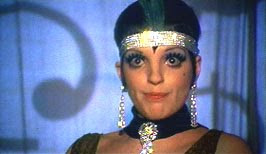 Keira Knightley (Love Actually, The Duchess)
Keira has proven herself to be an actress formidable, both as a dramatic performer and as a spunky comedienne. She is a capable singer; not effing spectacular, but great enough for a job at a cabaret like the Kit Kat Club. And she's a young English girl, like in the original stage production.
Posted by Walter L. Hollmann at 7:37 PM

Walter,
Somehow I didn't get this on my sightings until today!
I applaud your effort here....such a classic film, one of my top five all-time favorites....I was stunned the first time i saw it...I was a young lad.....
I am impressed with your approach. Love Ryan Gosling, he would make a worthy Brian...
Bernadette Peters....Okay....I can't imagine the play/movie at all withiout Grey...but the androgynous thing is appropriate. (At one point, I would have suggested David Bowie...but that would show my age...)
Sally Bowles.....Hmm, another tough one. Keira Knightley has the talent, but seems a bit buttoned up....but it might be fun to see her let it all out on stage.
I agonized over that role...what would you think of...I dunno...Lady GaGa? (too bizarre, maybe.)
Good Job!!

really? Knightley? You think she can be just as whimsical? interesting

Tom - Bowie would also be a great choice! I loooove watching him onscreen.

Nigel (and Tom) - Love Actually, the first half The Hole, and the whole fake-fainting bit of POTC: At World's End were my reference points. She can be quite fun-loving when the role calls for it.