And here begins the fight between me and Andrew Kendall.

Boy, there's just no room for fun in 1993's Adapted Screenplay category. 1975 had The Sunshine Boys; '74, Young Frankenstein; '73, The Paper Chase and Paper Moon; and 1964 boasted Dr. Strangelove, Mary Poppins, and My Fair Lady. But 1993 isn't about "fun", it's about repression and injustice. And, of course, Oscar frontrunners.
Four of the five nominees for Best Picture were adapted works, and while it., too, was about injustice, The Fugitive would have been a refreshing choice here. Perhaps its pedigree -- it's adapted from the 1960s TV series -- hindered its chances here, but the Writing Branch usually takes risks. Still, I imagine some sort of snobbery must have been in place to favor the oooook Shadowlands or the dismal The Age of Innocence, though the latter was also favored for Pic and Director nods on nomination morning. Thankfully, this did not come to pass.
If not The Fugitive, though, there are a few Adapted Screenplays I would submit for consideration. Just going by films also nominated for Oscar, one could make arguments for Mrs. Doubtfire, Orlando, Short Cuts, Six Degrees of Separation, Tim Burton's The Nightmare Before Christmas; if one insisted on staying completely dour, then look no further than Farewell My Concubine. What I'm saying is: they had options, and they went for Shadowlands and The Age of Innocence.
But why am I so focused on what they missed? Overall, Oscar chose well, and once again, I find myself torn between two worthy contenders:
﻿

Jay Cocks/Martin Scorsese for The Age of Innocence
based upon the novel by Edith Wharton
**
I'm no big fan of this movie, and this right here is Problem #1. Always talking, talking, talking, with a voice-over filling us in on the irony and the subtext with cultural observations and full accounts of every piece of artwork and cutlery. If used sparingly, this could be quite effective; alas, the story is inundated with passages that both show and tell, as though we were unable to pick up on the subtle machinations at work. It makes up for it, somewhat, in dialogue and character work, but overall, a clunky thing.

Terry George/Jim Sheridan for In the Name of the Father
based upon Proved Innocent by Gerald Conlon
***
Revising history so that it can be the story of a father and son may be prickly on a moral level -- but narratively, it works beautifully. The relationship between Gerry and Giuseppe is rendered believably, even if Gerry is given one "YA DON'T UNDERSTAND ME" moment too many -- but, you know, youth and all that. The passage of time gets a little fuzzy, but that may be more of a director/editor thing. I love Emma Thompson's courtroom scene -- righteous anger, witty rejoinders, and the big speech is believably drowned out by objections and the gavel.

Ruth Prawer Jhabvala for The Remains of the Day
based upon the novel by Kazuo Ishiguro
****
I love Jhabvala's work on the whole, and The Remains of the Day is no exception. The story is all about the interior, and it must be very difficult to convey repression on the page without voiceover; that she relegates such passages to surface letter-writing is a treat, one of many instances wherein the characters start to express themselves, only to back away. This also happens late in the film, where Stevens approaches a sobbing Miss Kenton...only to discuss domestic matters. Jhabvala is able to criticize -- sans condescension, avec empathy.

Steven Zaillian for Schindler's List
based upon Schindler's Ark by Thomas Keneally
*****
Surprising in its detailed affection for the members of the list, so that instead of symbols or martyrs or victims, we get human beings, all trying to survive, some selfish, others selfless, some gullible, some in denial, some protecting their loved ones. Of course, that's not to mention the subtle arc for Schindler, the traces of (accidental?) humanity found in the sadistic Amon Goeth, the fact that none of it feels manipulative. This is stellar work.

William Nicholson for Shadowlands
based upon his play
***
His C.S. Lewis is particularly well-written, with the modesty of a man of God and the quiet pride -- bordering on condescension -- of a learned professor. It's clear Nicholson must admire Lewis, and he's taken great care in assembling his emotional arc. Otherwise, however, the story lies there, plateauing somewhere around the wedding. Perhaps a James Ivory would have found more to do with it, but as it stands, the film is about thirty minutes too long.

Schindler's List was nigh-unbeatable at this Oscars, so you know it won here. And as you can see, while I usually adore Jhabvala's work, in the end, I award my vote to... 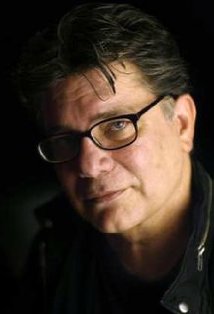 Tomorrow, we look at the nominees for Best Cinematography: Farewell My Concubine, The Fugitive, The Piano, Schindler's List and Searching for Bobby Fischer.