One of my favorite categories is Art Direction-Set Decoration (or, as of last Oscars, Production Design).


It's subtlety on a large scale. Take this year's crop of films so far: we know so much about Spring Breakers' Alien from lookin' at his shit; about Blue Jasmine and her friends from spotting the books Madam Hillary and Trump in a bookcase; about the victims of The Bling Ring from their modest mini-manses or gaudy estates. They call it a craft category, but like much of film -- it's an ART.

Of course, all my examples are contemporary-set flicks, and typically Oscar prefers period and fantasy films. 1993 was no exception: Addams Family Values got fantasy; The Age of Innocence, The Remains of the Day, and Schindler's List filled the period slots; and Orlando married the two, so its presence here was a guarantee. There's predictability in that habit, but it's nice to have a category where something like Orlando is a sure thing, right?

Like many of the "craft/tech" categories, they have their favorites. Ken Adam previously won for Barry Lyndon, with Addams Family Values marking his fourth nomination. Marvin March's work on the same film gave him his fifth and final nomination, and it's worth noting that his first nod was for The Sunshine Boys, which put him in direct competition with Ken Adam (check out more on 1975 here). Dante Ferretti was already a veteran nominee, but his work on The Age of Innocence was his first for a Scorsese film; their collaboration would net him another four nominations and two wins in the category, all for period pieces.

The duo from The Remains of the Day, Luciana Arrighi and Ian Whittaker, were returning champions from the previous year's Howards End. And as for the duo behind period-fantasy Orlando....Ben van Os was next nom'd for period Girl with a Pearl Earring; Jan Roelfs for fantasy Gattaca. As it should be.

But most interesting? Not only were the winning team from Schindler's List celebrating their first nomination...they were never invited back. Life, huh? 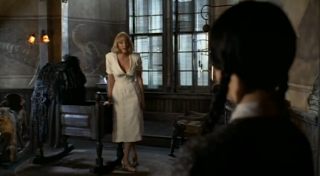 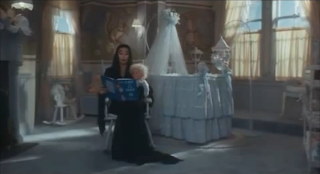 Ken Adam, production designer
Marvin March, set decorator
***
Look at these two pics. At the top, a festive gloom; below, an appalling brightness. Addams Family Values pays respect to its cartoon origins, with every inch of space perfectly in sync with the tone.


THE AGE OF INNOCENCE 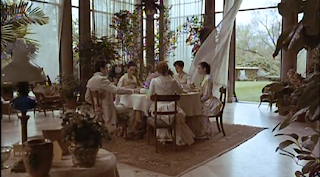 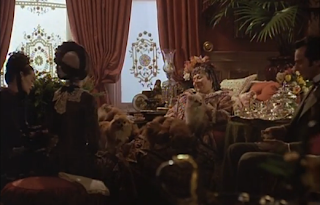 Dante Ferretti, production designer
Robert J. Franco, set decorator
*****
Well, if we're going to make a film about the superficial graces of the upper class, we might as well make that surface area look delicious. And Hail Mary and All the Saints, not a single wasted space, as the level of ornate ostentation changes along with the setting -- relatively modest for that summertime getaway, but positively crammed when visiting the grande dame of New York Society! 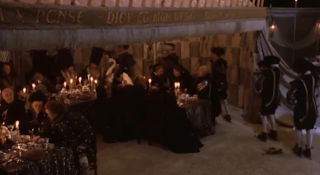 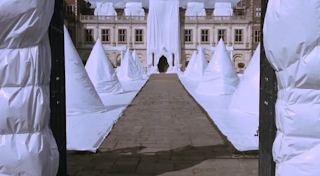 Jan Roelfs/Ben van Os, production designers
*****
Amazing how minimal yet evocative the work here is, adapting to the passage of time as fluidly as Orlando himself. The sets aren't always large, but not a detail is missed.


THE REMAINS OF THE DAY

Luciana Arrighi, production designer
Ian Whittaker, set decorator
****
I love how colorful the Upstairs is compared to Downstairs (even the upstairs of the Downstairs, if that makes sense). The greens and blues and...teals?...of Darlington Hall are perfectly matched by the portraits and pieces of china all about. Then there's the bare simplicity of Stephens' office and Stephens, Sr.'s bedroom. Class divides! 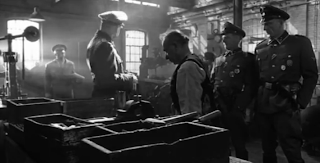 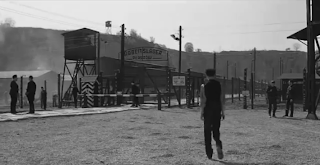 And who do you think won that Oscar? You better believe it was Schindler's List! A deserved win, certainly, but I award my personal vote to.... 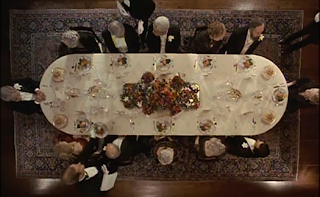 FERRETTI/FRANCO
for
THE AGE OF INNOCENCE
in those days, things looked pretty effin' baller

Tomorrow, a look at the Actressing on the Edges of 1993...though this will be done a tad differently than usual. Join me as I review the performances of Holly Hunter (The Firm), Anna Paquin (The Piano), Rosie Perez (Fearless), Winona Ryder (The Age of Innocence) and Emma Thompson (In the Name of the Father).

Email ThisBlogThis!Share to TwitterShare to FacebookShare to Pinterest
Labels: 1993, Addams Family Values, Orlando, Oscars, Schindler's List, The Age of Innocence, The Remains of the Day