And we're back! I hope you had a loverly weekend, that you caught up with our 1993 Retrospective, that you took a look at Andrew's contributions to our time travelling activities, and that you watched at least some of the flicks written about here.


I'm always kind of fascinated by what happens in the Original Score category. You know a Best Picture nominee to show up here, but maybe not the one you expected -- Michael Clayton? Many times, it's the one thing getting a film that "Academy Award Nominee" status -- Defiance? And then, of course, there are nominees that shouldn't be there that actually wind up winning and what is that all about, really -- Babel?

If you've attended previous Retrospectives, you know that for years, Oscar had a category for Adapted/Song Score. That madness ended after 1984, but the category would be divided in the 90s between Dramatic and Musical/Comedy. Unfortunately, that began in 1995, two years after our current focus.

Still, it's a fun category this year. Bernstein, Grusin and Williams make up the Previous Winners Contingent, while James Newton Howard (who wrote the scores for the aforementioned Michael Clayton and Defiance) and Richard Robbins were on their second nominations. But. You don't have to take my word for it...

Elmer Bernstein for The Age of Innocence
***
Opens big in a beautiful way, and there are some nice pieces throughout. Overall, though, seems a little big for this story, though you can't blame Bernstein for trying to inject some sort of life into the movie.

Dave Grusin for The Firm
*****
Unexpectedly upbeat, announcing from the get-go that you should just sit back and relax: this is gonna be fun. Its jazzy style works for the setting, and is also perfectly adaptable to provide equal thrills and laughs. Groovy piece.

﻿
James Newton Howard for The Fugitive
**
I really like the main theme. Otherwise, nothing too exciting here.

Richard Robbins for The Remains of the Day
*****
Stick a fork in me, guys. The harp, the chimes, the violins, pulsing with both secret passions...and well-oiled butlery. Maybe it's big, maybe I don't care that it's so big. It sweeps us through a day, a lifetime, at Darlington Hall.

Oscar awarded -- can you believe? -- Schindler's List! But in a move that shouldn't surprise you at all, I award my vote to... 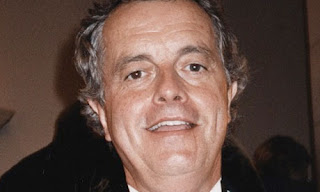 RICHARD ROBBINS
for
THE REMAINS OF THE DAY
boom!

Tomorrow: Dave, In the Line of Fire, Philadelphia, The Piano and Sleepless in Seattle face off in Original Screenplay.