Well, the party had to stop at some point.


After multiple categories where near-perfection was the norm, it breaks my heart that the usually reliable Original Screenplay race was a disappointing one. One almost feels bad about this: unlike its sister category, Original believed in honoring multiple genres, including two comedies and a thriller. But the road to hell and all that jazz...

It almost reminds one of the lackluster 1964 slate. Presenting...

THE DIVERTING ACTIONER: That Man from Rio/In the Line of Fire
THE COURTROOM MESSAGE MOVIE: One Potato, Two Potato/Philadelphia
THE COMEDY WITH A CONSCIENCE: The Organizer/Dave
THE NEWLY-MINTED STARS: A Hard Day's Night/Sleepless in Seattle
THE OSCAR WINNER: Father Goose/The Piano

How bizarrely cyclical! Or maybe it just means that Oscar has specific itches it likes to get scratched? 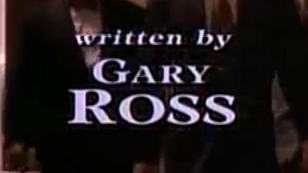 Gary Ross for Dave
**
Like The Contender, this nomination isn't so much about the work as it is about providing the Dream President. It's a light political comedy flirting with the rom-com format, and I think they manage to blend the pretty well. But I cannot and will not forgive how utterly stupid the whole set-up is. Why is the Director of Communications OK with conspiring to put the Chief of Staff in the White House? What's motivating him? And if they're going to get a doppelganger, why keep the president's secretary/mistress on staff? Why make such a point of keeping her character, only to never provide conflict? Why is the villain so easily pushed aside? It's more a political fantasy wank than a movie -- an enjoyable wank, but a wank nonetheless. Wank.

Jeff Maguire for In the Line of Fire
****
Tight, suspenseful action that, personally, I found pretty credible. I don't think it's crazy for the Secret Service to assume Clint is a fading nutjob and therefore ignore most of his warnings; most of the time, he acts like a fading nutjob. It's a pulpy actioner, sure, and therefore it adheres to the rules of that genre in dialogue and attitude, but since it's consistent and sincere about it, it works more often than not. It must be said, though, that the romantic subplot is a wee inorganic, and Malkovich's increasing ghost powers strains credulity, even for this kind of a movie.

Ron Nyswaner for Philadelphia
***
I actually quite liked Philadelphia this time around, and much of that I think is due to the tight screenplay. Oh, except that it gets to be a little too pat sometimes, a little too cute in its structure and arcs, so that it takes seven or eight months for Denzel to fully realize who and what he's fighting for.  What I'm saying is, that Maria Callas scene is nonsense, but so are many of the big "dramatic" courtroom scenes, especially since Denzel doesn't really seem like a good attorney. But it's awfully human and blessedly humorous at times. Plus, that drugstore scene! And the defense team! And Andy!

Jane Campion for The Piano
**
Nnnngh. As I said before, I think the performances Campion gets as a director do a good job of hinting at the narrative that just about loses me on the script level. Because I don't have the slightest clue what the hell is going on with Ada or why Harvey Keitel's supposed to be romantic, even though he's pretty much taking advantage of her, or what Sam Neill's all about. I don't even fully buy Anna Paquin's shift in allegiances from a narrative point. These could all be my shortcomings, but I'm just gonna blame it on the vague script, a true example of an empress sans clothes if ever there was one.

Jeff Arch/Nora Ephron/David S. Ward, story by Jeff Arch, Sleepless in Seattle
*****
This is how you sell an audience on such a bizarre concept! Relationships that ring true, dialogue that's both quotable and organic, characters that are equally sympathetic and frustrating, precocious kids who are also admitted pains in the ass. And while you're at it, a how-do-ya-do to one of the best romantic films ever made! My favorite exchange:

Oscar went with The Piano. A grave error. It is an honor and a privilege to bestow my vote upon: 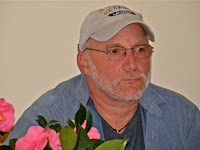 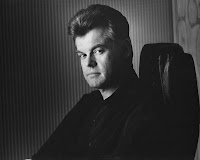 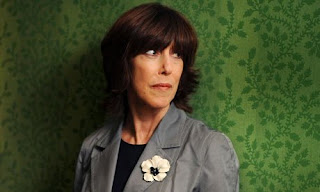 ARCH/EPHRON/WARD (counter-clockwise from TL)
for
SLEEPLESS IN SEATTLE
i, too, want to be in love in a movie

Tomorrow provides a look-see at Art Direction-Set Decoration, with Addams Family Values, The Age of Innocence, Orlando, The Remains of the Day and Schindler's List.

I'll address this issue in further detail at a subsequent time but for now just "Oh, Walter."

Sleepless in Seattle over The Piano? All I can say is WTF.