Everything's As If We Never Said Goodbye: Best Supporting Actress, 1983

Like its 1993 equivalent, this is at least my second time viewing all these performances. That's thanks to Stinkylulu, who hosted a Supporting Actress Smackdown back in 2009 that I participated in. As will happen when almost ten years (!) have passed, I've warmed to some performances, cooled on others, and maintained my affection for another.

It's a great lineup, though. Cher called Silkwood her acting debut -- she appeared in two movies previously, but those who had seen them could not argue with her statement. Glenn Close was back after her Oscar-nominated film debut in The World According to Garp the year before. Amy Irving became one of the few to be nominated for both a Razzie and an Oscar for the same performance. And Alfre Woodard, who would later appear in Supporting Actress Oscar-winning 12 Years a Slave, garnered her first and so far only (!!!) nomination.

As for Linda Hunt...talk about unexpected wins! Certainly, the draw of a diminutive actress playing a half-Chinese man - not a cross-dresser, not a trans character, but a man - is one ripe for an Oscar Season Narrative. Oh, and fine, she had already won the National Board of Review and Los Angeles Film Critics Association awards for this role. But holy Lord, can you imagine this happening now?


Hell, would I vote for it now? Hit the jump and find out! 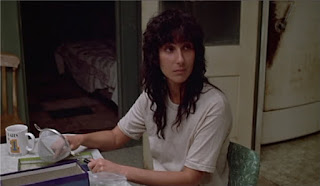 Cher in Silkwood
***
An effective deglam performance. Sells the history and friendship between her and Karen -- and her and Drew! And while she may walk with a more masculine swagger, she doesn't overplay the lesbian angle - Cher's Dolly is just another person, surely not an easy do for someone whose name is synonymous with big...well, everything! (I originally gave this ****) 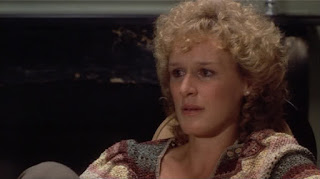 Glenn  Close in The Big Chill
****
Man have I grown to appreciate this performance and all its little subtleties - the weariness, the melancholy, the guilt, the stiff upper lip! I find myself not just adoring that little monologue about her fling with Alex, but totally getting it, that weirdly casual telling of it that both confides and maintains a distance. And if the plot turn with Kevin Kline and Mary Kay Place is still odd, at least Close shows us the good intentions and quiet guilt behind the decision. (I originally gave this ***)

Linda Hunt in The Year of Living Dangerously
****
Not quite convincing as a man, though that may also have to do with how desexualized the character is to begin with. But still an extraordinary performance. I had a teacher who once said cynics are actually idealists, and Hunt's Billy embodies that completely, watching the whites with a wise and wary look, but still wide-eyed and eager to help fresh-faced Guy Hamilton...and even support the dictatorial President Sukarno! (I originally gave this ****) 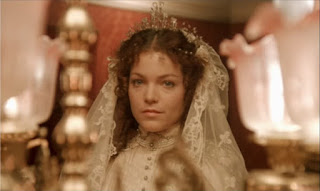 Amy Irving in Yentl
**
Amy Irving isn't terrible, but I don't think she's giving a performance that's impossible for any other competent actress. I mean, there's not much to play, and she's playing it. (I originally gave this *) 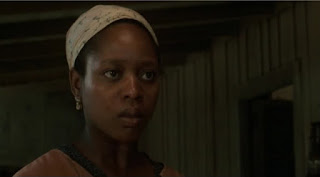 Alfre Woodard in Cross Creek
***
Geechee is fully realized by Woodard, who works with Mary Steenburgen to give her and Marjorie Kinnan Rawlings a real chemistry, a believable friendship, albeit one that exists within a mistress-servant construct. Woodard is subtle in how she divides those roles, often in the different ways she carries herself. There is a certain strength she gives Geechee -- I wish the film served her better, as it only seems to remember she's there when it's convenient. (I originally gave this **) 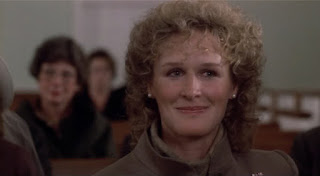 GLENN CLOSE
for
THE BIG CHILL

Thursday: The nominees for Best Original Song - two from Flashdance, two from Yentl, one from Tender Mercies