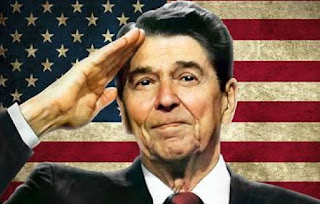 The Cold War entered its 38th year (unofficially, though, for how does one keep track of an undeclared event?). Ronald Reagan was still in his first term, and while 1982 had witnessed an unemployment high unseen since the Depression, it began it's decline this year -- slowly, but surely. People were pensive about nuclear war, nuclear waste, nuclear meltdowns, with apocalyptic visions of the future taking over the airwaves. M*A*S*H ended, The Thorn Birds was our new obsession, and the end of the year brought the greatest gift we could ever receive: the music video for Thriller.

And at the movies? That comes after the jump.

Return of the Jedi was the highest-grosser of the year -- for 16 years, it would remain the final chapter in the Star Wars saga. And it's fascinating to note the second-highest of that year: the intimate mother-daughter comedy Terms of Endearment, the film debut of writer-director James L. Brooks. Indeed, franchises only accounted for four of the top ten box-office hits of the year, and of the remaining six, only Terms was based on a previously-produced property. 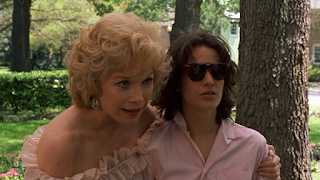 (Fast-forward to 2015, and Star Wars is once again on top, with seven other sequels/remakes occupying the top ten. That just leaves Inside Out, a Pixar property, and The Martian, adapted from a digital novel, as the sole voices of originality. But I digress....)

Terms wasn't just a box-office hit -- it was also a critical success, with both the Los Angeles and New York critics declaring it their Best Film, a sentiment shared by the Academy of Motion Pictures Arts and Sciences. It was the rare comedy to not only win the top Oscar, but to virtually sweep: Best Director, Best Actress Shirley MacLaine, Best Supporting Actor Jack Nicholson, and Best Adapted Screenplay, with additional nominations for Best Actress (yes, again) Debra Winger, Best Supporting Actor (yes, again again) John Lithgow, Best Editing, Best Original Score...hell, even the production design received a nod! 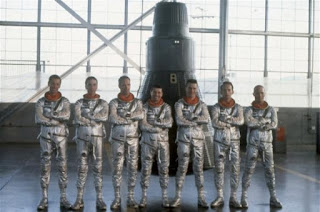 The whole Oscar race was about intimacy, in fact, and as much as the 80s has become synonymous with excess, cinematically, I think it was a great decade for quiet cinema. You look at the Best Picture Nominees of 1983 -- Terms of Endearment is probably the loudest of them. The Big Chill and The Dresser are practically single-setting affairs, with the former hosting an ensemble of eight in one house, and the latter staging a drama for two in a dressing-room.

The closest it comes to an epic is The Right Stuff, and while a film about the beginning of NASA and manned space travel certainly boasts the scope, the runtime, and the visual effects, it's still a fairly unassuming drama that grants equal weight to the breaking of the sound barrier as it does a married couple's sunset horse race. And then there's the deliberate character study of Tender Mercies, which remains unassuming even in its five musical numbers. 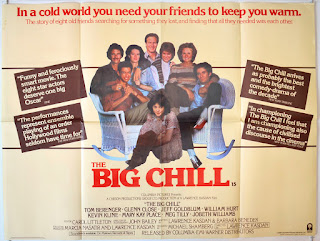 That trend becomes apparent past the Best Picture nominees, as films like Testament, Cross Creek, and Fanny and Alexander figure prevalently in the race. And baby, we're going to talk about all of them.

Starting Wednesday, we'll check out the nominees in twelve different categories, after which I'll share my own picks, followed by my Top Ten of the Year.


As for tomorrow? It's the beginning of Casting Coup Tuesdays, as I offer my modern take on The Big Chill. Do cast along, won't you?