I love this category - it's always a great mixture of Best Picture nominees, Best Picture also-rans, period pieces, and sci-fi.


Fanny and Alexander and Yentl fill the period piece slots, and given the number of nominations they accumulated, plus the buzz at the time, I think it's safe to say each came this close to a Best Picture nomination. Return of the Jedi is the obvious sci-fi/fantasy set -- spaceships, mythical setting specific to a weird creature, the usual-usual. The Right Stuff combines the fascination with space tech -- something that would also benefit Gravity, The Martian, and Inception -- with the period trappings of the 60s.

And then there's Terms of Endearment, the extremely rare contemporary entry that I can't imagine being anything other than a coattails nod, especially since it means ignoring the specificity of The Dresser or the wonder of Krull.

Fanny and Alexander won -- let's see if it should have. After the jump. 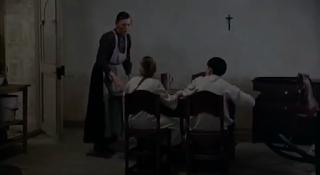 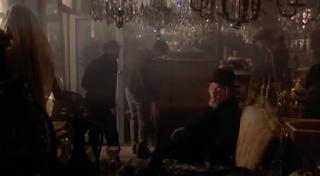 Anna Asp, art director
Susanne Lingheim, set decorator
*****
The details stun, from the maze of clutter and marionettes at Jacobi's, to the warm, red wealth of the Ekdahls', to the cold emptiness of the Bishop's. Character through craft.

RETURN OF THE JEDI 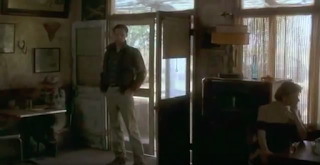 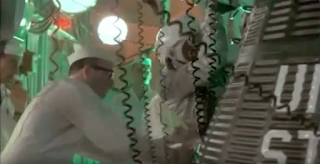 Geoffrey Kirkland, production designer
Richard Lawrence/W. Stewart Campbell/Peter R. Romero, art directors
Jim Poynter/George R. Nelson, set decorators
****
I love the details of the rinky-dink watering hole that is Pancho Barnes', but of course I am all about the recreations of the various aircraft, capsules, and bases. 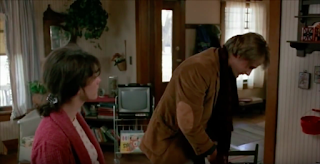 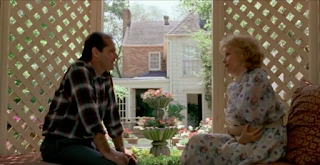 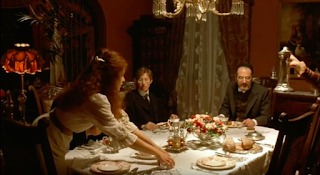 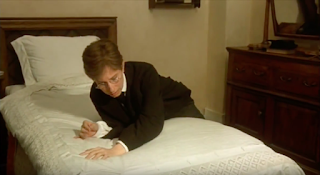 Roy Walker, production designer
Leslie Tomkins, art director
Tessa Davies, set decorator
****
Everyone in the movie sees fit to comment on Hadass's parents' finery -- especially compared to Avigdor's cramped room with the single bed. The village, the yeshiva, the cafe where the students go and, like, I don't know, play chess? It's all realistically realized.

This is silly. Why are we even debating this? My vote goes to.... 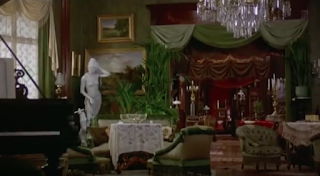 ASP/LINGHEIM
for
FANNY AND ALEXANDER

Four films: Cross Creek, The Right Stuff, Terms of Endearment, To Be Or Not To Be.

Email ThisBlogThis!Share to TwitterShare to FacebookShare to Pinterest
Labels: 1983, Fanny and Alexander, Oscars, Return of the Jedi, Terms of Endearment, The Right Stuff, Yentl