It's the new guy versus the vets in the battle for Best Director. 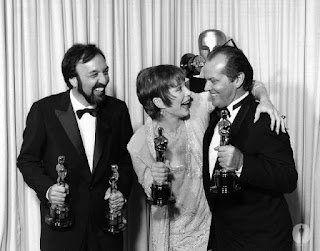 Well, OK, the new guy was James L. Brooks, and while Terms of Endearment was his first film, this was hardly amateur hour: he was the writer-producer who brought us TV shows like Mary Tyler Moore and Phyllis and Taxi. He had even dipped his toes into film producing with Starting Over, which received two Oscar nominations years before.

Bruce Beresford, surprisingly enough for the director of a Texas-set, country music-concerned film like Tender Mercies, was an Australian filmmaker! He had been nominated for his Breaker Morant screenplay just three years earlier - he also has the rare honor of having directed a Best Picture-winning film (Driving Miss Daisy)...without being nominated himself.

Peter Yates was back making films like The Dresser in his native England, having been nominated four years earlier for directing and producing the American bicycle dramedy Breaking Away. He performed similar double-duty with The Dresser.

Mike Nichols was back in the game after more than a decade of nada, following his Oscar win for The Graduate. Silkwood was less obviously stylistic, but brought him back and served as his first collaboration with Meryl Streep. The two would later team up for Heartburn, Postcards from the Edge, and the HBO mini-series Angels in America. 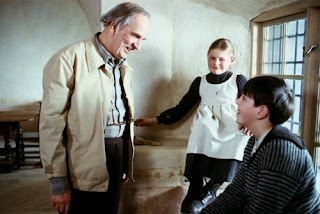 And then there's Ingmar Bergman, with his own spotty record of Academy love. The most revered of Swedish filmmakers, Bergman's previous efforts had been relegated to either Foreign Film (this was the third of his films to win the category) or Original Screenplay (curiously, a common place for foreign auteurs to find their work honored - A Separation, anyone?). Fanny and Alexander proved to be his most Oscar-friendly work since Cries and Whispers in 1973, though like Scenes from a Marriage, it was a mini-series edited down to feature-length.

Beginner's luck: Brooks won. And it's interesting: he would be back twice as the producer-writer of Broadcast News and As Good As It Gets, but this proved to be his only at-bat for Directing. Good thing he got it, eh? 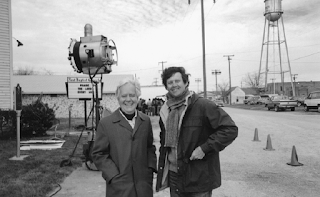 Bruce Beresford for Tender Mercies
***
I honestly expected less, but Beresford does interesting things with his camera, playing with distance as it informs and reflects the characters, moving it around at unexpected but appropriate times. He knows, too, when to hold back, when to just let the scene play out, allow the actors to find the truth in the pauses and silences. 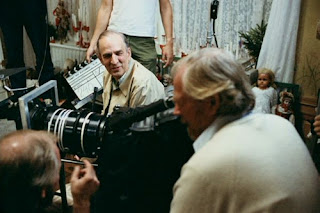 Ingmar Bergman for Fanny and Alexander
*****
A gargantuan undertaking, not only in mounting a three-plus hour domestic epic, but in actually deciding how to edit it down from its original six-hour length without losing narrative cohesiveness, without sacrificing emotional depth, without eschewing ambiguity. Bergman does it effortlessly (or at least with the appearance of it), while riding comfortably between light-hearted family drama and furious attack against "religious" figures. 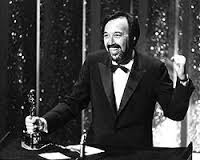 James L. Brooks for Terms of Endearment
***
Keeps the film moving along at such a clip that it's difficult to get one's bearings - and before you know it, it's over! Doesn't seem to have quite the handle on the ending, either. Still, solid work, and despite all the one-liners going around, he never forgets that these are people, not just characters. 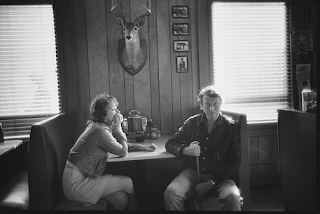 Mike Nichols in Silkwood
****
While formally toned-down from his earlier work, there is a sure hand pulling the strings. There are quiet moments whose elegance sneaks up on you, like a scene with Karen and Drew on the porch that also allows us to see lonely Dolly listening inside the house. But while he has an ability to hold back, he can also spiral us into chaos, as when the alarm sounds for radiation. So natural are the performances, so organic these choices, it really does feel like Silkwood is directing the show. 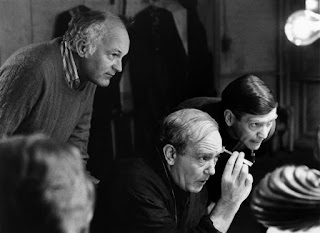 Peter Yates for The Dresser
****
In a film that is mostly a back-and-forth between a slipping actor and his adoring dresser, Yates keeps each scene from feeling too similar. The pacing is the thing here, with Yates hinting at rising action, but not too much - despite Finney's histrionics, this an intimate, quiet movie. I appreciated his final shot, a tableau that neatly captures the whole film. Bonus points: he directed the fantasy/sci-fi Krull the same year, a movie I find ridiculously delightful.

Brooks won for his film debut, but I'm going with one of the veterans: 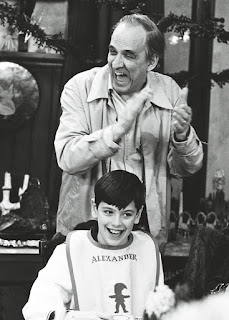 INGMAR BERGMAN
for
FANNY AND ALEXANDER