Give My Regards to Broadway: Best Adapted Screenplay, 1983

I'm sick, I'm getting to this late, it's the nominees for Best Adapted Screenplay.

I will say this: notice something interesting about this year? Four of the five nominees are based on stage plays, three of which are British productions. I feel like the last time a play inspired a screenplay nominee, it was The King's Speech - and since that was unproduced and subsequently rewritten for the screen, it won Original Screenplay.

Anyway, the contenders, after the jump. 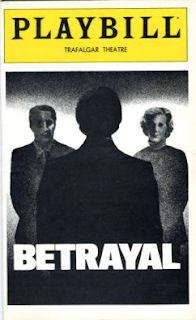 Harold Pinter adapting his play for Betrayal
***
Most likely nominated for its structure, as it looks at the beginnings and aftermath of a 7-year extramarital affair...in reverse order. And it is a brilliant, effective structure, beginning with the banal inevitability and ending with the banal beginning. The dialogue is subtle, all about subtext, even when things are being aired out. Still...there's not much difference between this script and the one for the stage, is there? 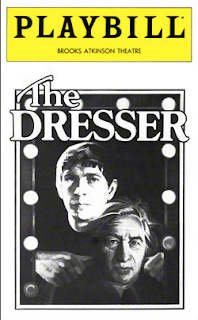 Ronald Harwood adapting his play for The Dresser
****
It's already a fine play. The whole first 20 minutes are new, further developing the relationship between Norman and the troupe, better establishing the dire straits of the setting. We get more of a window in to the ensemble as the prepare for the stage, see how Norman keeps well-lubricated during work hours. And these extra scenes don't feel inorganic or repetitive, but rather add to our understanding of the time and the people. 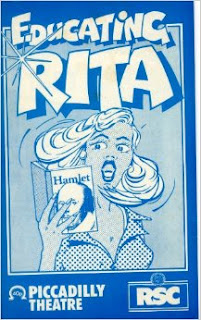 Willy Russell adapting his play for Educating Rita
*****
Did you know this was a two-person play? I certainly didn't! Seamlessly opens the original material up to include husbands, girlfriends, running jokes -- even an attempted suicide! We get to see firsthand the way Frank's teachings are affecting Rita, from her waitressing job with the other well-read artistes to her realization that her mum is deeply unhappy with the routine of her life. 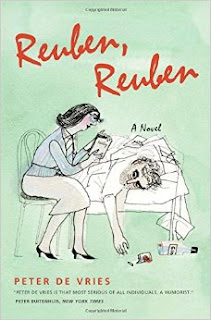 Julius J. Epstein adapting Peter De Vries' novel and Herman Shumlin's play Spofford
for Reuben, Reuben
**
I think I almost hate this movie. It's not that I'm not a fan of prickly protagonists - I love Young Adult, for example - but goodness, this is a tedious one. Conflicts and characters are equally under-developed. And shouldn't the attraction between Gowan and Geneva be at least somewhat convincing? I don't understand what appeal he could have for her - what, because he's charmingly broke? 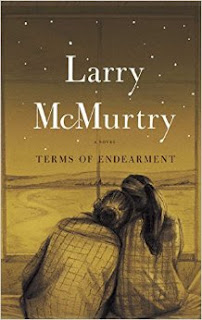 James L. Brooks adapting Larry McMurtry's novel for Terms of Endearment
***
I never doubt the reality of the characters...but it goes too fast. No sooner do we meet Sam then he's suddenly dropped; one minute someone is diagnosed, the next it's the last scene in Camille. People break up, they get back together the next scene...and meanwhile, five years have gone by. But to Brooks' credit, I may feel short-changed because I did want to spend more time with these characters. And coming up with the main subplot involving Garrett and Aurora out of whole cloth? Impressive!

Oscar chose, of course, Terms of Endearment. But as you can see...and I myself am surprised by how certain I am of this...I award my vote to... 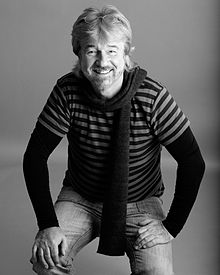 Friday: the nominees for Best Actress!

And make sure you tune in Monday, because there will be just one category left - Best Picture of the Year!