It's Casting Coup Tuesday, where we dream-cast an imaginary adaptation of a beloved work. All month long, we're celebrating the Queen of Crime as she and her works appeared on screen, in anticipation of the November 10th release of Murder on the Orient Express. Last week, we imagined a second Poirot. This week, may we suggest a Miss Marple? 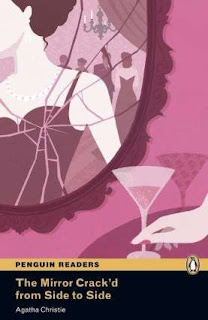 Published in 1962, the majority of The Mirror Crack'd is an observation of the changing landscape of England, especially its countryside, 15 years after The War. Since then, St. Mary Mead has been incorporated, a new suburban row of homes - dubbed the Development - has been built behind the vicarage, Miss Marple has found need for a daily companion, Dr. Haydock is retired, and Mrs. Bantry is now a widow who has sold her home to a Hollywood star.

It's the Hollywood angle that made this an obvious choice for le cinema, as we discussed earlier today. Besides the 1980 flick, the Joan Hickson television series made this the series finale...and while the Geraldine McEwan-Julia McKenzie series kind of buried it, it did cast Lindsay Duncan.

I think the main issue - not with the Hickson version, that was perfect - but the main issue has been the pressure to do the Hollywood thing, but not taking advantage of the book's most interesting aspects. They do Hollywood catfights, but not Hollywood's prescription drug problem; they explore the pressure of older actresses to seem younger (which the book does not), but ignore the multiple adopted children of Hollywood starlets. What in the world!

Which makes it ripe for a remake.

The cast after the jump. All italicized descriptions come from the Cast of Characters on page xi of the large print edition published by G.K. Hall & Co. in 1992. 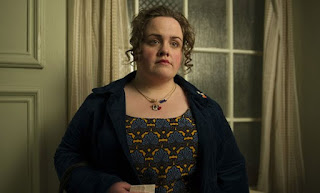 Jessica Gunning as Heather Badcock
The first time she met Marina Gregg, famous film star, she got her autograph. Next time they met, she got her cocktail - with tragic results.

A scene-stealer in Pride, though she played a much less silly woman in that than she would here. Still, I like her magnetism, and Heather is someone who likes to be the center. 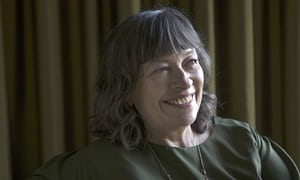 Hollmann Award Winner Marion Bailey as Miss Knight
Jane Marple's annoying companion. There was nothing wrong with her that a good dose of distance wouldn't cure.

She has the right look and the right smile for Miss Knight. 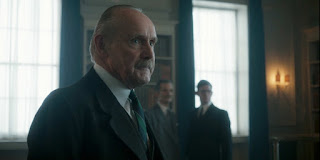 Clive Francis as Dr. Haydock
His prescription for Miss Marple was a nice, juicy murder. Little did he know how soon it would be filled.


Based solely on his performances in The Lost City of Z and The Crown. 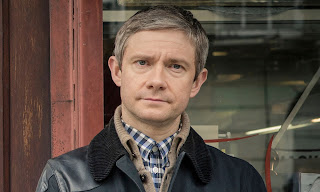 Martin Freeman as Arthur Badcock
Heather's quiet, long-sufering husband. Had he finally had enough of a wife who always thought she knew best - and never hesitated to say so? 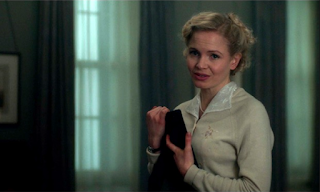 
Based solely on her performance as Churchill's assistant on The Crown. 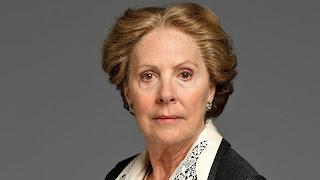 Penelope Wilton as Dolly Bantry
She was Miss Marple's pipeline to the village, and an authority on the private lives of film stars.

She's costarred with my Miss Marple before, though their chemistry was put to more antagonistic use. Still, Wilton is such a Mrs. Bantry. Bonus: appeared in Marple: They Do It with Mirrors. 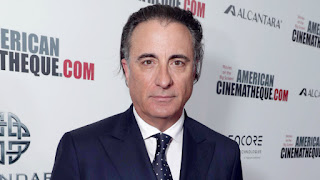 Academy Award Nominee Andy Garcia as Ardwyck Fenn
TV producer. A successful man, he was used to getting what he wanted. But Marina had rejected him. Did the old wound still rankle?

Truthfully, watching The Mirror Crack'd, I was convinced Alec Baldwin would play this role (originally played by Tony Curtis). But when I went back to the source material, I just kept picturing Andy Garcia! His voice matches the dialogue, you know what I mean? 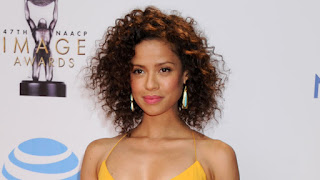 Hollmann Award Winner Gugu Mbatha-Raw as Margot Bence
Society photographer. Her camera had caught the look of doom on Marina's face. Had it picked up the face of the murderer as well?

One of my other favorite performances this decade is hers in Beyond the Lights, and I just want to see her in everything. Bonus: appeared in Marple: Ordeal by Innocence. 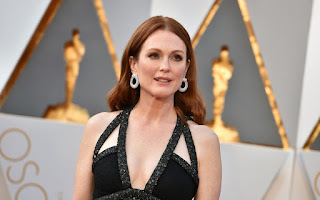 Academy Award Winner Julianne Moore as Marina Gregg
Fading but still lovely film star. What had she seen at the village fete that brought the look of doom to her eyes?

I knew I needed a movie star who, as soon as you saw her, could shorthand for Movie Star. It needed to be a woman who could play emotional fragility. She needed to be charming, magnetic, but maybe also A Lot to deal with. Who else does that describe? 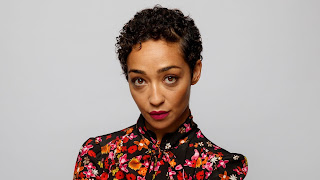 Academy Award Nominee Ruth Negga as Ella Zielinsky
Jason Rudd's secretary. She found out the hard way that even a sneeze could be fatal.


Worked understated wonders in Loving, looks fabulous in period 'dos, and while I haven't seen Preacher, her appearances on the interview circuit hint at a subtle humor. 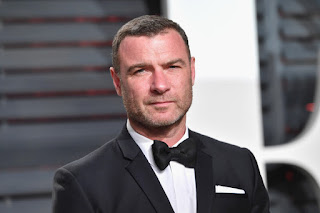 Hollmann Award Winner Liev Schreiber as Jason Rudd
Prominent director. He was Marina's latest and most devoted husband. Or was he?


When I first read the book in high school, I pictured Robert Redford as Jason. My re-read reminded me that Jason wasn't that classic pretty boy, but rougher, darker - and yet soft when it came to his wife. And the first man I pictured...was Schreiber. 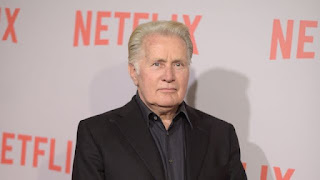 Martin Sheen as Dr. Gilchrist
Marina's private physician. Should he respect his patient's wish for silence, or tell the police her life was still in danger?

A character who's never been in an adaptation of this story. But he's such an obvious addition, a comfort to Marina, a perfect witness - and who better to comfort you and speak authoritatively to the police than the President? 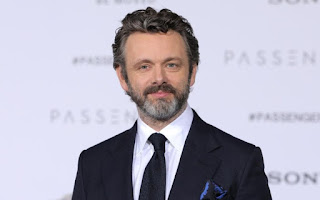 Michael Sheen as Chief Inspector Dermot Craddock
A pro from Scotland Yard who wasn't too proud to seek the help of an 80-year-old amateur like Jane Marple.


Craddock shows up in multiple Marples, so it should be someone Jane and the audience would want to spend time with. 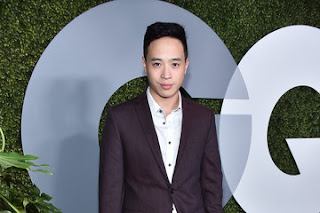 Hayden Szeto as Hailey Preston
A willowy young man whose job was to keep the undesirables away from Marina. But when murder entered the picture, he wanted out.


I want to see more of him, in every way. 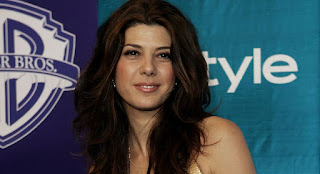 Academy Award Winner Marisa Tomei as Lola Brewster
Actress. A relative of Marina's by marriage: she was the second wife of Marina's third husband - or vice versa.


Lola is described as being a woman of obvious beauty, a woman who's stayed just short of the top of Hollywood, a woman who threatened a romantic rival with a gun. That's Tomei, to me - ballsy, fun, a juicy role. 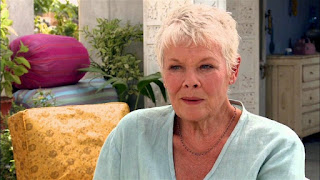 Academy Award Winner Judi Dench as Miss Jane Marple
Too old and frail to travel, she thought her days of crime detection were over. But this time murder happened almost on her doorstep.

She's got star power, to be sure, and I've always pictured the perfect Miss Marple to be as humble as Philomena, as watchful and gossip-prone as Eleanor Lavish in A Room with a View, but more wise than foolish, like...um...Dame Sybil Thorndike in My Week with Marilyn?


Your turn: who would you cast as Miss Marple? Have you read The Mirror Crack'd? Talk in the comments...