It's Casting Coup Tuesday, where we dream-cast an imaginary adaptation of a beloved work. All month long, we're celebrating the work of Agatha Christie in anticipation of the November 10th release of Murder on the Orient Express. We've imagined adaptations of a Poirot, a Miss Marple, a Tommy and Tuppence, Witness for the Prosecution - and now, a real dream, that will probably never, ever happen....

Strangers find themselves snowbound with a murderer at a remote guesthouse run by inexperienced newlyweds. That's the gist of it, though of course, Christie employs a nursery rhyme motif, chilling on-stage kills, and enough twists to make another autobahn.

The Mousetrap is the longest continuously running play in the history of the theatre. Premiering in London's West End on November 25, 1952, its initial run is still going, and as of this year, has exceeded 26,000 performances. The cast changes annually, the set has had some alterations, they even moved venues, but the show goes on...and on...and on... 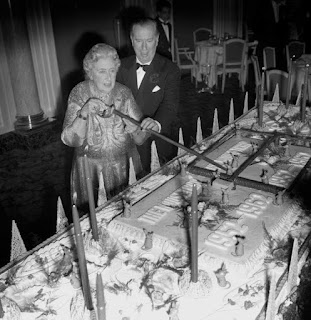 Christie herself thought the play wouldn't last a year, and gave all royalties to her grandson Mathew Prichard as a birthday present when he was nine years old (in regards to that arrangement, Christie later quipped that Mathew was "always lucky that way"). That longevity has led to some fascinating arrangements. For instance, while the play began first as a radio drama for Queen Mary's 80th birthday, then later adapted into a short story called "Three Blind Mice", neither of these incarnations have seen the light of day since the stage version's premiere. Indeed, Christie even asked that "Three Blind Mice" not be published in the United Kingdom during The Mousetrap's first run; luckily, the United States has no such condition. To maintain its West End production's profitability, only one other production a year may run in the United Kingdom. It's never played on Broadway.

And as for film? Don't hold your breath, honey. John Woolf - who would later win the Best Picture Oscar for Oliver! and brought classics like The Day of the Jackal and Room at the Top to the screen - bought the film rights back in 1956, under the condition that production would not begin until six months after the final performance. You don't need me to tell you the rest...

If the play did close, and they were to make a film within the next six months, who would be best to play a part in the ensemble? I'm glad you asked - or rather, I'm glad I asked myself. Do feel free to comment with your own picks...after the jump.

The Cast
(in order of appearance) 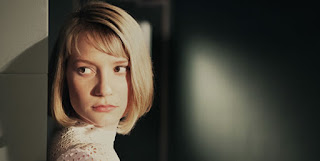 Mia Wasikowska as Mollie Ralston
Proprietor of Monkswell Manor Guesthouse, she takes a great interest in catching the killer.

Mollie says she is not quite as young as she looks. Wasikowska certainly fits that bill, besides which I've always had a soft spot for this most unusually magnetic of actresses. She gives good horror heroine in films like Jane Eyre, Stoker, and Crimson Peak. 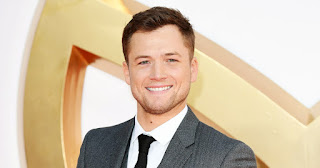 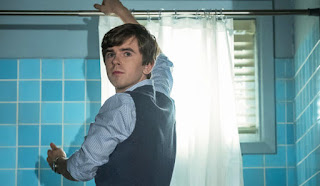 Freddie Highmore as Christopher Wren
A guest at Monkswell Manor, a very peculiar, childish young man. Mollie takes to him in the way only a hag can...

2-time Academy Award Nominee Miranda Richardson as Mrs. Boyle
A guest at Monkswell Manor, a critical older woman offended by the Ralstons' inexperience...and everything else, for that matter.

Similar, I know, to Richardson's role in the And Then There Were None miniseries, but surely that's the proof that she can do this role easily. 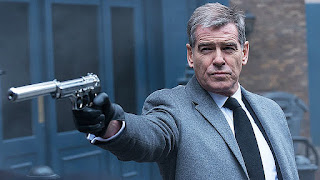 Pierce Brosnan as Major Metcalf
A guest at Monkswell Manor, of whom little is known.

Metcalf takes control of a situation and is very courteous to all: while he may scold Wren for distasteful jokes, he also side-eyes Mrs. Boyle for her cruelty. He acts the part of a soldier well. Brosnan's my natural pick because...I love him.

Daisy Ridley as Miss Casewell
A guest at Monskwell Manor, an aloof and masculine woman who's very open about her unhappy childhood.

Miss Casewell is my favorite character in the show. Ridley is by no means "masculine" - but she's a phenomenal actress, so what's that matter? 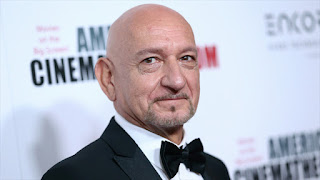 Christie describes this character as looking like "a slightly taller Hercule Poirot". Kingsley was among my choices for Poirot, but something did not feel quite right. In this guise, though...it does! 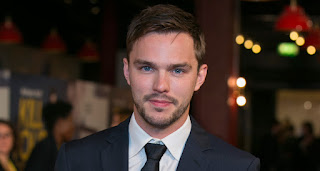 Nicholas Hoult as Detective Sergeant Trotter
Arrives on skis to investigate...and warn the Monskwell Manor dwellers of the murderer in their midst.

Trotter's youth is anathema to Mrs. Boyle, surprising to Major Metcalf, gives him unexpected insight when interrogating Mollie and Miss Casewell, and makes for great tension with Giles.

Your turn - who plays in your production of The Mousetrap? Sound off in the comments...