It's Casting Coup Tuesday, where we dream-cast an imaginary adaptation of a beloved work. All month long, we're celebrating the work of Agatha Christie in anticipation of the November 10th release of Murder on the Orient Express. We've imagined adaptations of a Poirot, of a Miss Marple, even of Tommy and Tuppence - and now, for your approval... 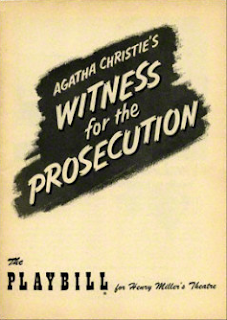 We've discussed at length the history of Witness for the Prosecution, from its beginnings as a short story to its Tony-winning stage production to the Oscar-nominated film of 1957. It is one of the great courtroom dramas of stage and screen, centering on a charming young man accused of murder, his determined defense attorney, and his older wife who seems equally determined...to get him convicted. A remake is currently in the works with Ben Affleck attached, but I'm not 100 percent on board with that. And so I have a cast of my own in mind...

Note that I'm taking my cues from the original stage play, not the film - you'll find no Nurse Plimsoll here. Italicized descriptions are taken directly from Christie's stage directions, as published in the 1954 Samuel French, Inc., edition.

My Witness, after the jump. 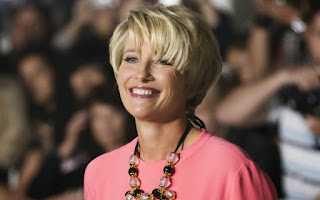 2-time Academy Award Winner Emma Thompson as Emily French
A rich spinster found coshed on the head.
...
Leonard. She lived alone and hadn't many friends...She had eight cats though.
...
Sir Wilfrid. Fifty-six. You may consider that old, Mr. Vole, but I should doubt if Miss Emily French considered herself old.
...
Janet. She was a warm-hearted body - too warm-hearted at times, I'm thinking. A wee bit impulsive too. There was times when she'd have no sense at all. She was easily flattered, too.


While she does not actually appear in the play, the 1957 film version made use of flashbacks...and I don't see why we can't continue that. 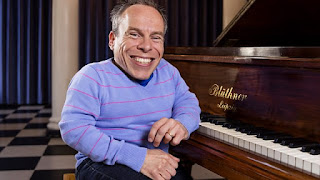 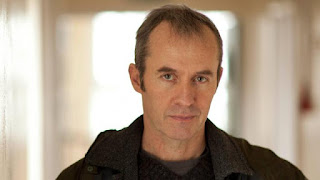 Stephen Dillane as Mr. John Mayhew
A typical middle-aged solicitor, shrewd and rather dry and precise in manner. 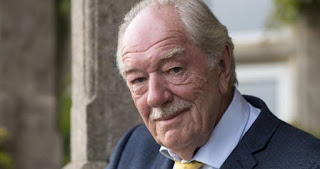 Michael Gambon as Justice Wainwright
The Judge
...
Judge. I thought I knew all about blondes... 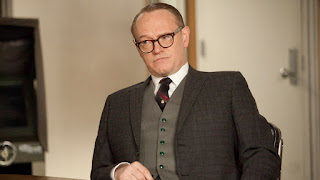 Jared Harris as Mr. Myers
For the Prosecution
...
Sir Wilfrid. He's an irritating - gentleman. He always seems to bring out the worst in me. ...But he's a very able advocate. 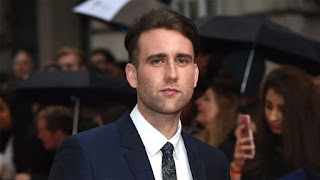 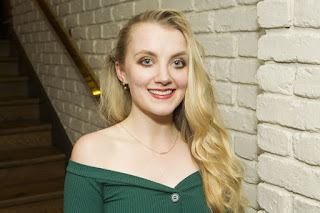 Evanna Lynch as Greta
Sir Wilfrid's typist...an adenoidal girl with a high opinion of herself. 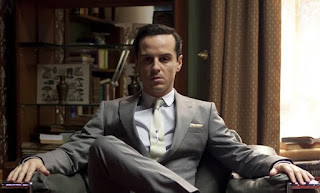 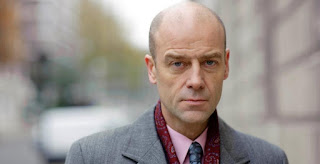 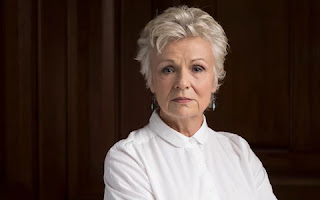 Academy Award Nominee Julie Walters as Janet McKenzie
Miss French's housekeeper. A tall, dour-looking Scotswoman. Her face is set in a grim line. Whenever she looks at Leonard, she does so with loathing. 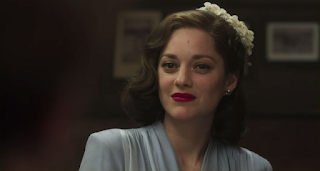 Academy Award Winner Marion Cotillard as Romaine Heilger
Leonard's German wife, years older than him, star witness for the prosecution. A foreign woman of great personality, but very quiet. Her voice has a strangely ironic inflection.
...
Sir Wilfrid. She's the passionate sort. Hot blooded behind that cool self-control. The kind who would knife a man if he double-crossed her. 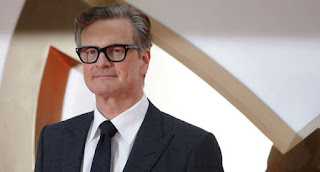 
Here I must defend my choice. Upon re-reading the play I realized there was nothing there about Sir Wilfrid's age, nor of his physical traits, yet he has famously been played by large men like Francis L. Sullivan or Charles Laughton. Doesn't have to be. All that is required is seniority and presence, as well as a sense of comic timing. 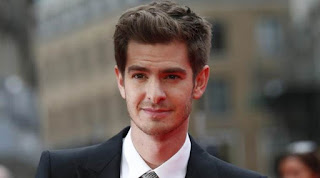 Academy Award Nominee Andrew Garfield as Leonard Vole
Accused of murdering Emily French. A likable, friendly young man, about twenty-seven.
...
Greta. He's nice, if you know what I mean...
...
Sir Wilfrid. Evidently the women like him - can't think why.


Your turn - who do you see in a remake of Witness for the Prosecution?