Best Actress! A lineup of three winners, a newcomer, and a perennial bridesmaid on her eighth nomination. Finally, a nomination that turned to a win:
There's hope yet, Glenn Close! The nominees are: 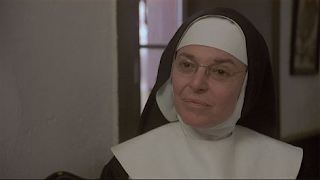 Anne Bancroft as Mother Miriam Ruth
Agnes of God
**
past winner, fifth and final nomination; Golden Globe nominee for Best Actress in a Drama
Mother Miriam is the mother superior of the convent, protective of Agnes and the secrets of what happened that night. Mother Miriam is not what you'd expect from a nun: she smokes! She jokes! She used to be married! And she's got quite a number of secrets to hide! Bancroft tries her best to make a cohesive person out of this character, but despite a few good moments, it never completely gels.

Whoopi Goldberg as Celie Johnson
The Color Purple
****
first of two nominations; Golden Globe winner for Best Actress in a Drama, National Board of Review's Best Actress of 1985; LAFCA Awards runner-up for Best Actress
Across 30 years, Celie experiences just...dogshit. Raped by her father, forced into an unloving, abusive marriage that keeps her separated from her sister and children, unloved and treated worse than a dog. Christ. Goldberg plays Celie from about 20 onward, and the physicality she brings to the part is incredible. She literally shrinks herself, trying to become invisible to avoid the hits and insults; as she grows more confident, the constant lookdowns become more side-eyes, the shy smiles broader (that scene where Shug forces her to see herself kills me), all leading up to when she finally curses Mister, boldly taking her stand. This isn't a promising performance of things to come, it's all already there. 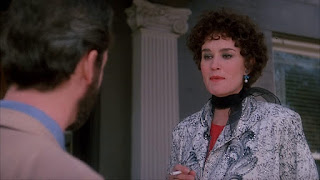 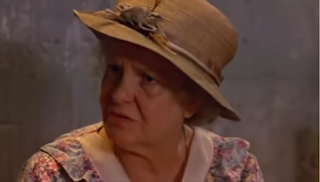 Geraldine Page as Carrie Watts
The Trip to Bountiful
*****
eighth and final nomination; Golden Globe nominee for Best Actress in a Drama, NYFCC Awards second runner-up for Best Actress
Mrs. Watts wants to return to her hometown of Bountiful - so much so, she runs off from her son's home and secretly boards a bus to get there. Page, that great, eccentric actress, gives one of her greatest turns here, those unique "mannerisms" perfect for the talkative, inquisitive Mrs. Watts. There is an insistence that you could easily see being frustrating to hear every day, but at the same time, the look in her eyes when she looks out into her memories is so tender and pure...this is the journey of a woman who knows time is short, who can't believe it's passed so quickly. Her wail, "I want to go home," and the immediate way she tries to control the fear and panic is genuine. 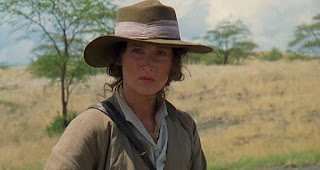 Meryl Streep as Karen Blixen
Out of Africa
*****
past two-time winner, sixth of twenty-one nominations; LAFCA Awards winner for Best Actress; BAFTA Awards nominee for Best Actress, Golden Globe nominee for Best Actress in a Drama, NYFCC Awards runner-up for Best Actress
Karen Blixen was the real name of Isak Dinesen, an author who wrote about her time in Africa in the same-titled memoir. My favorite Streep performance, one that takes her from aristocratic entitlement (making her staff wear gloves, panicking at "the natives") to a more grounded, at-peace independence - she herself guides the trek to bring provisions to the scouts during the Great War, she builds a school, figures out how to run the coffee plantation, builds friendships with Farah, Cole, and and Felicity. Streep makes this gradual development seamless, almost invisible, yet a re-watch (or several, if you're me) shows the subtle differences between the woman lashing out in anger over a broken heart in Denmark and the one who takes the death of her beloved in a more meditative stride.
-------------------------------
I find myself triple-split between Page and Streep. Tough call. In the end, my vote goes to: 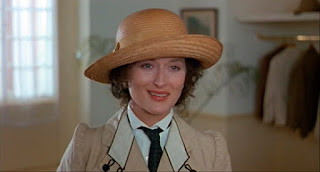 MERYL STREEP
for
OUT OF AFRICA
On Sunday, the nominees for Original Score - Agnes of God, The Color Purple, Out of Africa, Silverado, Witness - and Original Song - Back to the Future ("The Power of Love"), The Color Purple ("Miss Celie's Blues"), A Chorus Line ("Surprise, Surprise") White Nights ("Say You, Say Me" and "Separate Lives").
You May Also Enjoy:
ZergNet
Like us on Facebook
Posted by Walter L. Hollmann at 4:36 PM