Women on the Side: Supporting Actress, 1982

When trying to name nominees for a given year off the top of my head, Supporting Actress comes easiest to me. It's consistently the most interesting lineup, even in a dizzy year like 1980, a place to honor mothers, lovers, veteran character actresses, even singers making their acting breakthrough. It's also, famously, a place to award leading ladies who probably wouldn't have even been nominated in Best Actress, but for some reason, Supporting is seen as slumming it, so here we are. 2017 has no such controversy this year; 1982 did, with many taking exception to Jessica Lange's nomination and eventual win for playing the romantic interest in Tootsie (she's borderline enough, in my eyes, to belong here, but then I felt the same way about Viola Davis in Fences). The more things change, etc.


Well, now we've brought it up: what has changed? What does it take now to get the Oscar nomination compared to then? As always, the Academy seems attracted to certain types, but one has to stretch a bit to draw direct parallels between the past and present.

One type that's always been a sure thing: the Monster Momma. She's hateful, she's crass, she's the chief antagonist in her daughter's life. Kim Stanley, previously nominated in Lead for Seance on a Wet Afternoon, took the Monster Momma slot in 1982; in 2017, it's Allison Janney for I, Tonya - unlike Stanley, she's the favorite the win.

Then there's the character who's almost a second lead, the emotional core of the entire movie. The aforementioned Jessica Lange takes on this role in Tootsie, as the woman who teaches Dustin Hoffman how to be a better man as a woman, while Laurie Metcalf has the honor in Lady Bird, as the exhausted mom whose tough love and concern come from genuine worry and love.

There's the character you miss whenever she's off-screen, whether it's Teri Garr filling Tootsie with her comic brilliance or Lesley Manville deepening our understanding of Phantom Thread's world. On the other hand, there are also enjoyable characters who don't draw so much focus but are still warmly received whenever they appear, like Lesley Ann Warren in Victor/Victoria or Octavia Spencer in The Shape of Water.

Then there's the fun narrative of The Established Performer Breaking Through in Films. Glenn Close was already a respected, eight-year Broadway veteran and Tony Award nominee when she made her film debut in The World According to Garp, netting wins from LAFCA and the National Board of Review and nominations from the National Society of Film Critics, NYFCC, and the Academy. Meanwhile, Mary J. Blige, a music legend with nine Grammy Awards, is no stranger to film and television, but her previous performances have capitalized on her reputation as a singer, and hile Mudbound may include an original song by her in the credits, her work in the film hinges on delivering serious thesping. And, like Close, she's been a frequent face at precursors, with
Critics' Choice Award, Golden Globe, and Screen Actors Guild Award nomination. 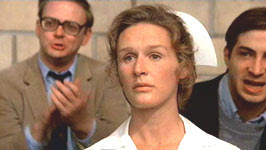 Glenn Close in The World According to Garp
*****

Soft-spoken, unapologetic, Glenn Close approaches radical feminist Jenny Fields with an undeterred certainty and open-hearted kindness. There is a zen quality to her, but she also steamrolls over critics and nay-sayers, even her own son. Close plays her so warmly, so sincerely, that we cannot condemn her even when she enables self-destructive behavior, even as she accepts adulation bordering on veneration, even when she admits to raping a dying soldier to get pregnant. It's a performance that announces Close as a force to be reckoned with. 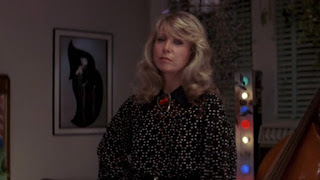 It's a shame when the movie seems to forget her; Garr is a scream - literally - as the insecure struggling actress pining for Dustin Hoffman's Michael Dorsey. What could have been a cruel "plain Jane" role is gold in Garr's hands; when she's on screen, you notice no one else, so deft is she with her killer line readings and nervous energy. A phenomenal performance. 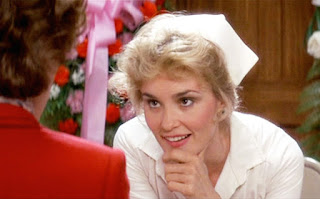 Lange may be in a comedy, but her Julie is not. She's sarcastic, modest, surprisingly strong in some moments even as she appears delicate in others, warm and loyal. But Lange also nails the intricate dance of falling for Michael and Dorothy, in different yet inseparable ways. Many - including Garr - felt the triumphant Lange was in the wrong category, but the role is borderline enough to my eyes. 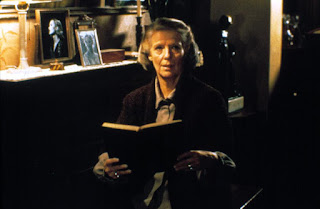 I love Kim Stanley! I don't quite understand what she's doing here. She seems full of pride and independence in the first half, then monstrous and opportunistic in the second, and there's little to connect the two. Wish there was more. 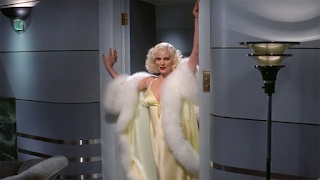 In the grand tradition of high-pitched bimbos. Warren brings energy, a joie de vivre that sparkles opposite Robert Preston and in her nightclub act. I will say you don't miss her while she's absent, but when she pops back up, it's exciting.

Lange won her first Oscar for Tootsie, and whether or not you agree with the category placement, you cannot deny it's a strong performance. But I didn't vote for it. My pick was obvious from the moment I saw it: 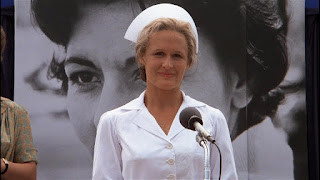 GLENN CLOSE
for
THE WORLD ACCORDING TO GARP


Tomorrow, the nominees for Best Original Score: E.T. the Extra-Terrestrial, Gandhi, An Officer and a Gentleman, Poltergeist, Sophie's Choice.