It's not hard to see why. The movie saw her speaking three languages, all in a Polish accent, while also physically transforming into both a starving concentration camp inmate and the heartbreakingly beautiful object of lust for the main character, called Stingo (the movie is, frankly, ridiculous). It's de-glam and sexy - something for everyone!

If there is an equivalent today, I have to believe it's Margot Robbie. For I, Tonya, the native Australian beauty affects an American accent, wears braces, dons a variety of wigs for unflattering frizz, and goes from ice princess to female boxer, with some age de-glam thrown in. It's a transformation, and Oscar loves that. 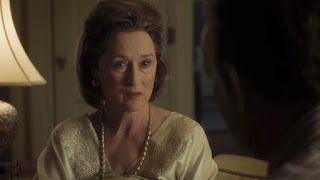 Thirty-five years later, Meryl Streep is back. Today she's a veteran whose Best Actress nomination is, increasingly, more reliable than tomorrow's sunrise. This year, fortunately, she got some of the best reviews of her career for The Post. I'm not sure who is the 1982 equivalent, but I think Sissy Spacek comes closest. Though Missing is only her third Oscar nomination, she was coming off a win for Coal Miner's Daughter and dominated the 1980s. There's a reason this is the fourth retrospective in a year to feature Spacek: girl was prolific. 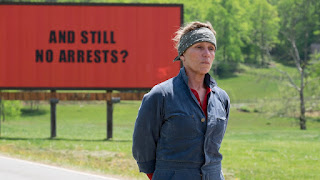 Another veteran, and one very likely to take the prize this year, is Frances McDormand in Three Billboards outside Ebbing, Missouri. A friend of mine explained the appeal of the performance this way: "Frances McDormand was an avatar for the cauterizing power of rage." Ok! I have to think that was part of the appeal of Jessica Lange's performance in Frances, too - beyond "just" being a biopic, Lange gives us fire and fury as a woman who doesn't behave as prescribed, and gets branded as crazy because of it. Do not underestimate a fearsome female. 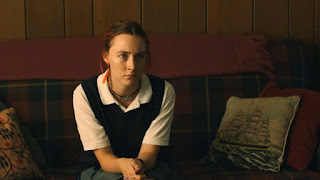 Nor a romantic one. The high school comedy and the romantic drama are not the most respected of genres, regarded as being more "slight" (read: female-driven) than others. But sometimes there comes a movie, and a performance, that's so perfect, its worthiness is undeniable. This year, Saoirse Ronan helped lead Lady Bird to five Academy Award nominations, including Best Picture; in 1982, Debra Winger helped make An Officer and a Gentleman into the third highest-grossing movie of the year (even Richard Gere admits she stole the show!).

Where does that leave The Shape of Water's Sally Hawkins and Victor/Victoria's Julie Andrews? These ladies landed their nods thanks to physicality, expressiveness, and their voice - or lack thereof. Hawkins plays a mute janitor, but you don't need subtitles to know what she's thinking; it's there on her face, in her posture. Andrews is anything but mute, but the way she adjusts the timbre of her voice and body language to appear more masculine, the way she fights and dances, make for an impressive showcase. These ladies are limber! 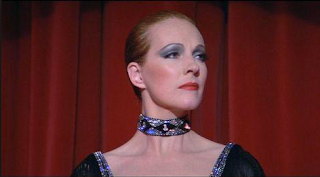 She enters the film all bedraggled-ly noble with her rags and rich voice but walks out a cheeky, worldly woman who can throw a punch and knock one back with the rest of the boys. It's that steely confidence more than any physical resemblance that sells her as a man pretending to be a woman. You may not be fooled, but you will be convinced. And that voice! 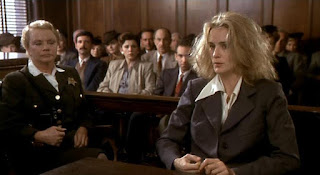 Lange is an unstoppable force here, delivering a thoughtful portrayal of a woman thought to be mad because she doesn't behave the way ladies should. Does anyone play "disgusted with everyone around them" better than Lange? How many others pull it off without alienating the viewer? Her greatest "trick", for me, comes - spoiler alert, here - after the lobotomy, as she adds a twitch, a birdlike tilting of her head, in emotional beats. It's a subtle detail, but I love it. 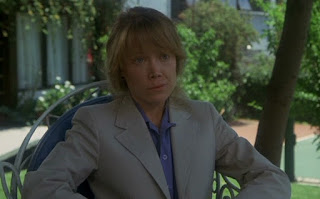 I don't know that this character is the most consistent, going from "Get me out of here" hysterics to "This is our home, man" defiance in a few minutes, nor does Spacek get to build much beyond heartbreak, anger and fear. But she's solid and effective enough, and sometimes that's all you need to be, especially in a story like this one. 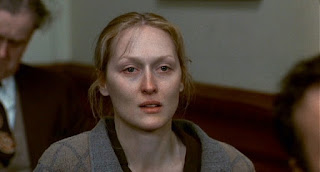 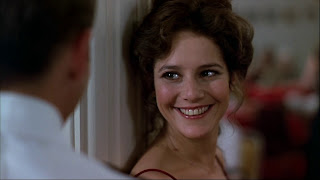 Debra Winger in An Officer and a Gentleman
***

Lead or supporting? Either way, Winger once again walks off with a movie. What could have been just another love interest role instead becomes a sexy, fun performance, a firecracker. Her appeal radiates off the screen, and you get why this the girl who will change and win Richard Gere's heart.

Streep won Oscar's heart - even Debra Winger's parents said it was her time - but not for me. The choice between Andrews and Lange is a tough one, though, and I almost tossed a coin. But in the end...my goodness...my vote goes to........


Tomorrow...Best Picture of 1982: E.T. the Extra-Terrestrial, Gandhi, Missing, Tootsie and The Verdict.

And Best Picture of 2017: Call Me By Your Name, Darkest Hour, Dunkirk, Get Out, Lady Bird, Phantom Thread, The Post, The Shape of Water, and Three Billboards outside Ebbing, Missouri.

\You May Also Enjoy: