Did you ever know that Best Supporting Actress is among my top five Favorite Categorie at the Oscars? If you've been a longtime reader, you probably did. If you're new here -- hi, I adore Supporting Actresses!

Of course, not all of Oscar's contenders are actual supporting roles. Geraldine Page is clearly the female lead of Hondo -- but I guess only pixie ingenues get lead campaigns for their film debuts. And Grace Kelly and Ava Gardner are co-leads of Mogambo, both vying for the affections of Clark Gable. Hers you could argue a little more about, but there's no doubt in my mind...

For more fun, check out Stinkylulu's write-up of this year -- he makes a strong case, even if I don't agree at all with his assessment of Kelly and her film. But you'll see. Just continue after the jump... 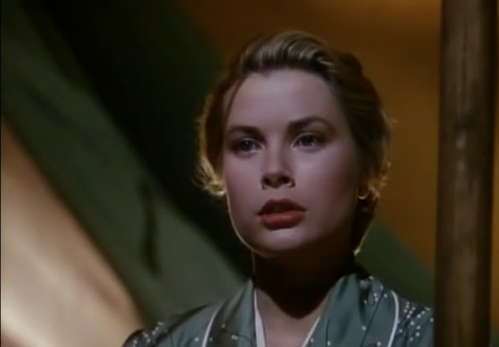 No way to undersell this: I adored Grace Kelly as the prim English wife suddenly swept away by the rugged Clark Gable-ness of...well, Clark Gable (who was not even nominated!). Her look is steely, but with the subtle bit of arousal, panic, doubt. Girl isn't in her element, physically or emotionally, and she's constantly at odds with her surroundings, still maintaining that stiff upper lip throughout. I do think it's a co-lead, but goodness! What a performance! 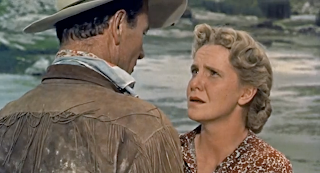 A strong, deeply-felt performance of a pioneer woman keeping it together in the face of a bad husband, conflict between the whites and Native Americans, and the sudden appearance of John Wayne. I would actually like to see a bad Geraldine Page performance, just once -- it'd be a novelty. There's an other-ness to her performances that's unlike any other. But still, this is clearly category fraud, so a point must be dinged. Ding. 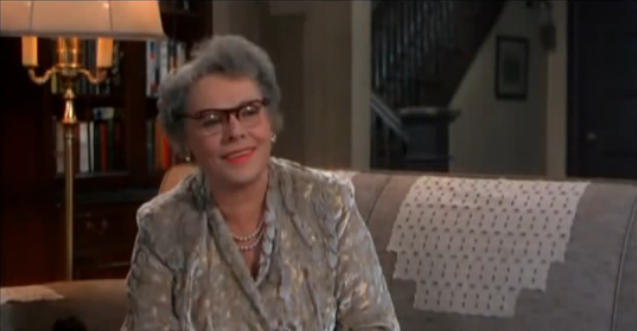 
I would love to know the behind-the-scenes about this nomination. Did Rambeau hold a dinner for Academy members? Did the studio? Was the most-recently screened? Did she take the spot that would have been Deborah Kerr's, if Deborah Kerr had not been pushed for Lead? Rambeau's actually not terrible, as the stage mother who knows how to get more money out of her successful kid, before a final scene where she's a trifle more motherly. But Christ, anyone could do this in their sleep. 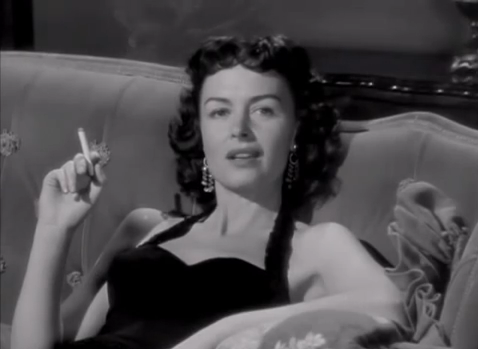 Donna Reed in From Here to Eternity
****

Absolutely. Donna Reed surprises with her portrayal of a "dance hall girl" (wink, wink) -- guarded, knowing, and I think equally surprised at her relationship with Montgomery Clift's Prew. I actually felt myself getting excited every time she came on scene -- "Hold on to your hats," I said to myself, "a knockout performance is on its way!" She nails the incredulity and loss of those final scenes. 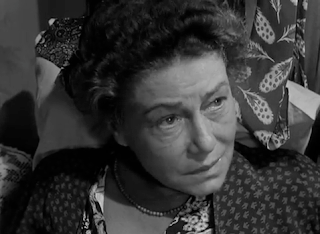 From the very outset, Ritter's tie-selling stool pigeon is exhausted. She picks up extra bucks by ratting out her neighborhood, but in a roundabout way, never directly saying someone's name. You can see in her interactions with Richard Widmark that it's a kind of understanding. She's a good egg, but desperate times, you know? -- and for Moe, it's always desperate times. Her Big Monologue is the culmination of all the shuffling and sighing, and that single take on her alone should've won her the gold.

Reed won -- I get that, it makes sense. But I'm not even trying to disguise my certainty that it should have gone to the late, great.... 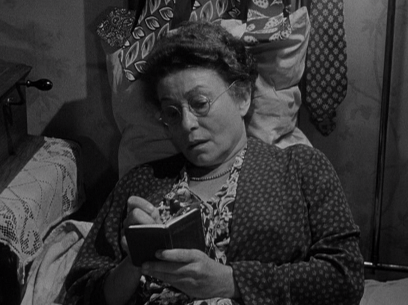 Yes, I know I'm already a day behind -- so later, the nominees for Color Cinematography: All the Brothers Were Valiant, Beneath the 12-Mile Reef, Lili, The Robe and Shane! Yowza!

I think I prefer Reed to Ritter but both are excellent! :)