From One Author to Another: Adapted Screenplay, 1964

Let us begin our journey the way all movies begin: with a script. Let us, specifically, focus on the scripts inspired by other tales, taking as their inspiration novels, plays, musicals and children's books. The year 1964 was a year of consensus: not only were Best Picture and Best Director five for five, but Adapted Screenplay was drinking the Kool-Aid as well. All five of the Best Picture nominees were adapted, and all five found themselves up against each other in yet another category. From the dramatic to the comedic, the historic to the fantastic, here are your Best Adapted Screenplays of 1964: Edward Anhalt for Becket, from the play by Jean Anouilh
****

It works so smoothly as cinema that it's hard to believe this was a play...in French! The action is opened up seamlessly, allowing for a great use of horses (horses!), coronations, discovery of dead bodies...you know, stuff that is probably only discussed on stage. It's wickedly funny, too. 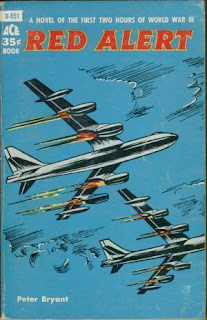 Strangelove's strength is in taking a very serious book on a very serious subject and playing it for sardonic laughs. You're giggling at the absurdity of the American President and the Russian Premier discussing how little or often the other calls just to chat, and before you know it you realize that the world really does rest on the shoulders of people who are just as insecure and fallible as any of us. It tells a joke to tell the truth. 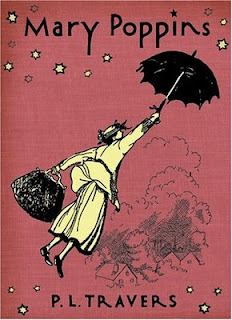 Bill Walsh and Don DaGradi for Mary Poppins, based on the books by P.L. Travers
*****

This could have been just a series of vignettes, but the creation of Bert, the emphasis on Mr. Banks, and the development of that moderation/balance theme make the story flow more naturally. They've done a swell job making Mary both stern and kind, Mr. Banks strict and loving, and Bert just the coolest guy on Earth. And it cannot be stressed enough how great it is that they wrote kids who act like kids. 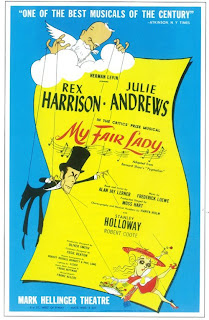 Alan Jay Lerner for My Fair Lady, based on the musical by Lerner and Loewe and the play Pygmalion by George Bernard Shaw
**

As much as I love the movie, I can't really award its screenplay in good conscience. It's the full libretto for the stage version, but instead of "ACT ONE - SCENE 3: HIGGINS' STUDY" we get "INT. HIGGINS' STUDY - DAY". Hardly a challenge. Give it a Tony, but not an Oscar. 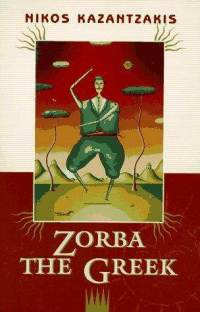 Michael Cacoyannis for Zorba the Greek, based on the novel by Nikos Kazantzakis
***

Zorba has a lot of interesting things to say about life, love, humanity, war, sex, etc. The characters are strongly developed and consistent. There's some subtle work here -- look at the silent characters of the widow and her admirer's father. Good stuff, though I will ding it points when it comes to Basil. I don't get his romance with the widow or his laughter at Madame Hortense or his behavior at all.

Oscar gave Becket its only win in this category, and while that screenplay is certainly high-fiveable, there can be only one... 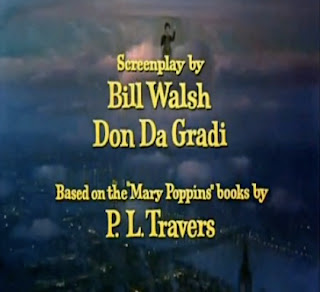 WALSH & DAGRADI
for
MARY POPPINS
a spoonful of talent helps the competition GO DOWN
Posted by Walter L. Hollmann at 8:27 AM

Isn't it weird that three films earned 10 and more Oscar nods that yea? I always think that perhaps 64 was a weak year. I can't see BECKET getting all that love in another year.

I loved "Mary Poppins" too! One of my all-time favorites! Without computer-generated effects, some sequences still amaze me (like pulling the hatrack out of the carpetbag).

And yet...to me, it isn't a writer's film. The best writing is in the song lyrics, which are recognized in the Music category.

My vote would be for "Dr. Strangelove", for its audacity and outrageous humor. A movie that would seem fresh even if written today.

BTW, costume and period films always received tons of nominations through the 1960's and even the '70's. It just so happened that in 1964 there were 3 of them. Others in that era include "West Side Story", "Tom Jones", "Lawrence of Arabia", "Sound of Music", "Dr. Zhivago", "Anne of the Thousand Days" (another Hal Wallis film a la "Beckett").

This was due in part to studio loyalty. When multiple films garnered a lot of nominations, it rarely meant a weak movie year...just, sometimes, a weak Oscar year.

Andrew: The nominees are all very strong, so I wouldn't say it's a weak year, per se, but watching the other films of '64, it seems like the "ok" films outnumber the GREAT ones. However, I disagree re: Becket. Not only is it one of the greatest examples of period drama I've seen, but it's *exactly* the type of film that could be nominated in, say, 1966 (A Man for All Seasons) or 1969 (Anne of the Thousand Days).

Tom: I thought I had the carpetbag trick figured out...until Michael actually crawled under the table while she was grabbing stuff out. Too amazing! I think half the difficulty of writing a musical, though, is getting us to each new musical number comfortably. Robin and the 7 Hoods is inconsistent in this, the Elvis movies don't care...but the writers of Mary Poppins integrate them so easily that you'd think they're all the same writers. AND they manage to make an episodic structure feel like a solid three-act plot. They're so COOL.