The more I see films from this category, the more I realize how important this category could be now. Last year especially gave us cause to consider the reemergence of the Adaptation Score category when films like Black Swan and True Grit eschewed original pieces in favor of variations of existing work. For both films, the musical choice further contributed to the film's mood. So, too, do these underscores, arranged by their composers from the films' songs (all are musicals, you'll notice), contribute to the zany, the lovely, the melancholy, the confidence and the Sinatra.


George Martin adapting The Beatles for A Hard Day's Night
**

George Martin arranges some very inventive, if seldom-used, variations on the title tune. I only noticed it the one time and quite enjoyed it, but otherwise it's the Beatles' songs providing the magic. And that's a different category altogether.

Strangely, this was nominated for both original and adapted score. I believe Irwin Kostal arranged the underscoring of the Sherman Brothers' original songs, so there was just enough confusion to warrant its placement in two categories. Well, Kostal does a wonderful job, and his use and appreciation of "Feed the Birds" -- the favorite song of both fans and Disney -- is especially effective.  I don't fully understand how this category works, but I do know that I like all the music in Mary Poppins.

The only proper nominee in this category. No confusion over original music, or how often it plays, or anything like that. Previn's arrangements of "I Could Have Danced All Night" and "I'm An Ordinary Man" are well-executed. I never appreciated until this viewing how often the tune of "Wouldn't It Be Loverly" creeps ever so subtly into numerous scenes. Lovely. 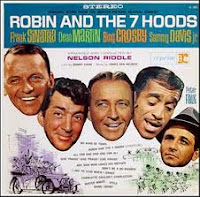 I honestly just don't remember this, but I remember liking the music at the time. 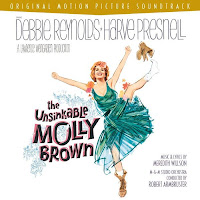 With most of the musical numbers from the show excised, it's up to the arrangers here to keep the music going. They certainly do a good job, though I wish they were working with better music (I can't stand "I Ain't Down Yet"). Still, substantial work from all involved. God bless 'em, every one.

It's like the Academy and I were on the same wavelength this year! I'd award the Oscar to... 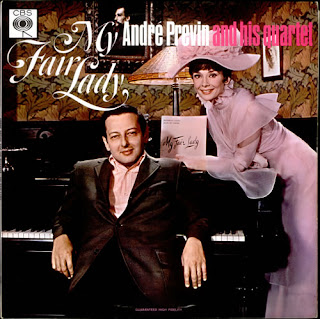 PREVIN
for
MY FAIR LADY
Posted by Walter L. Hollmann at 2:50 PM

This category often changed from year to year. In '64 the full category was called Scoring of Music, Adaptation or Treatment. It was a catch-all for any music that was not Substantially Original (as the other music category was called). I totally agree with you, we need to bring the Adaptation Score category back.

It's hard to argue with My Fair lady here. Aside from having beautiful material to work with, the songs were effectively used to enhance scenes.

The Beatles would have to wait another 7 years to be recognized here.

Mary Poppins would also have been a worthy recipient in this category; the songs were used instumentally to provide themes for different characters or sequences.