As color was becoming more prominent, the Academy found it necessary to separate the colorful from the monochromatic in the craft categories. After all, a black-and-white film cannot emphasize reds and blues the same way a color film can, and a color film cannot emphasize its shadows and light-play the same way a black-and-white film can. The nominees for B&W Art Direction were for subtle approaches, whether single-set, minimalist work, or dressing up what was already there. 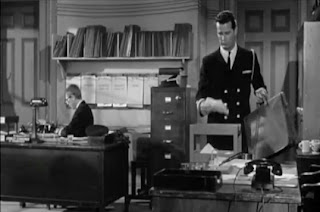 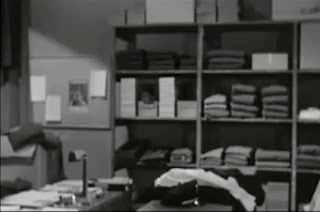 George W. Davis, Hans Peters & Elliot Scott, art directors
Robert R. Benton & Henry Grace, set decorators
**
From the offices of high-ranking naval officials to supply rooms, every detail is seen to. It's organized clutter, as only the military can do. 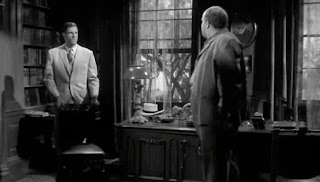 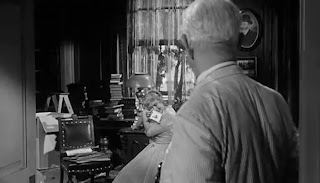 William Glasgow, art director
Raphael Bretton, set decorator
***
From the wealth of the father to the chaos of the daughter. Good ol' Southern Gothic. 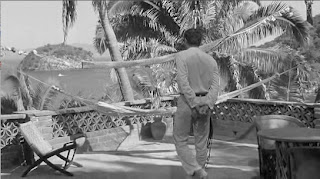 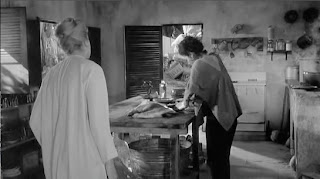 Stephen Grimes, art director
****
Looks like the kind of small getaway my parents would love. It may not look like much, but it'll do.

SEVEN DAYS IN MAY 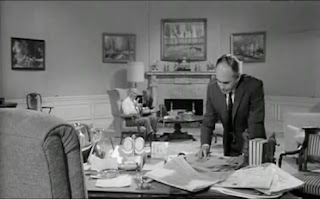 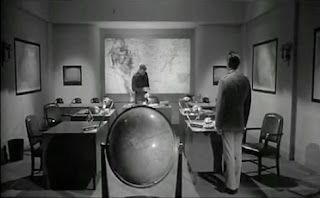 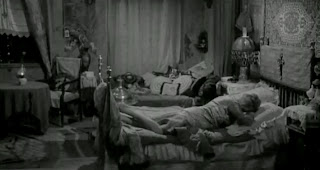 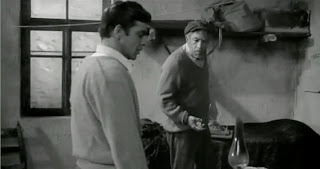 Vassilis Photopoulos, art director
*****
From the wealthy Frenchwoman to the poor Greek. Every item is deeply personal, giving us a sense of the residents. 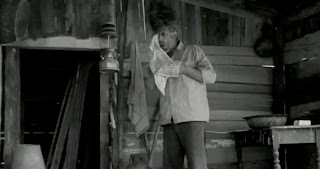 PHOTOPOULOS
for
ZORBA THE GREEK
someone built that
Posted by Walter L. Hollmann at 10:02 AM

Email ThisBlogThis!Share to TwitterShare to FacebookShare to Pinterest
Labels: 1964, Hush Hush Sweet Charlotte, Oscars, Seven Days in May, The Americanization of Emily, The Night of the Iguana, Zorba the Greek

I would vote with you here, Walter! "Zorba" had complex design needs, and I thought it was very authentic. Terrific visual details added a lot to this beautiful and unusual fim.

Although in a CLOSE second, I would pick "Sweet Charlotte", whose sets were deliciously demented Southern gothic, and added to the macabre fun...

(Sorry for the delay..I was waiting for Part 2...but you fooled us!)

Part 2 will come when I see "What a Way to Go"...probably near the end. It's very hard to find! As for Charlotte: This is one of those years where 4/5 of all the nominees in any category are worthy of awardage. And you were right: I LOVED Charlotte!