The wrong music can kill a film (Aaron Zigman's The Proposal). Luckily, '64 had it mostly right. Two Best Picture nominees appear here, of course, but there's also Mancini's most famous work, a make-up to De Vol for the Baby Jane snub two years earlier, and legendary composer Tiomkin's thirteenth nomination in the category! Let us begin!

Laurence Rosenthal for Becket
***
Appropriately righteous in flavor and, as befits the church, subdued. The holy chants echo throughout the film, and the big brass is only used when needed. The strings in this particular piece, like a gathering storm, are particularly effective.

Dimitri Tiomkin for The Fall of the Roman Empire
**

I love these old historical epics, with the big orchestra proudly proclaiming its importance. Tiomkin certainly succeeds in bombast, even if he falls a little short of memorable. 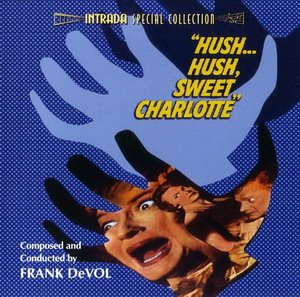 The titular theme is frequently revisited, but we also get those horror trappings of eerie violins, chimes and harpsichords. Gothic grand guignol at its best!

One can just refer to my write-up in Adapted Score, as that's what's really being nominated here. The score is fantastic, of course, though I still think it's strange that there are two separate categories for the same work. Eh, bask in the beauty and ignore all else.

Henry Mancini for The Pink Panther
*****

Iconic. We all know the "Pink Panther" theme, and this is where it all began. Not that it rests on those laurels alone, though, with some slinky lounge music to set the mood for those Claudia Cardinale scenes, the sexy "It Had Better Be Tonight", and comical Sennett-esque music for the chase scenes.

Hard to argue with the Oscar bestowed on the Sherman Brothers for their iconic work in Mary Poppins. But I will. The Oscar goes to.... 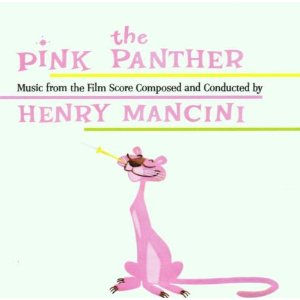 HENRY MANCINI
for
THE PINK PANTHER
if it's gonna win an Oscar, it had better be tonight
Posted by Walter L. Hollmann at 7:02 PM

I almost disagreed and championed for Mary Poppins....but, of course, you are right...The Pink Panther theme is a flat-out standard, and should have been recognized as such by the Academy!

An uncharacteristic delay...Hope all is well with you!

Are you still watching the movies, Walter? We hope you will soon return with the next installment of Oscar 1964.