The nominees for Best Original Song are:

Like "Jean", a nominated song that doesn't even appear in the film! Not for us, anyway - Elmer Bernstein was reportedly so intent on repeating the Score/Song double dip of 1952's High Noon, he had a special print featuring his original song booked for one week in a Los Angeles theater, thus meeting the standards for qualification. A cheap stunt, if you ask me - and for a song that mars his own beautiful score with stupid, stupid lyrics!

The song that convinces Norman Maine that Esther Blodgett is star material. Goosebumps! The song was shot a number of times with different outfits, background, etc. The one above made the cut, but no matter the look, the song - and Judy's performance of it - is perfect.

Completely forgot about this moment, this song - but not the movie. It's a romantic-comedy about a 35-year-old screenwriter who weds a 17-year-old transient to keep her out of trouble. Lord have mercy. The song's not bad, though. It's fine.

we;ll talk more about the movie when we do Best Picture (oh, how we'll talk!), but this tune, performed over the opening titles by an uncredited Frank Sinatra, is....cute! It's certainly memorable. Very nice, very nicely done.

Oh wow, watching this movie for the first time in four years was a great reminder of why it's a classic. what a gem! As for the song, I love it, even if the lyric where it's implied his "blessings" are his kids make absolutely no sense in this context.

"Three Coins in the Fountain" was a bona fide radio hit, so you better believe it won. Here's Dean Martin performing it on the broadcast:


For me, it's not even a question, no thinking required, my vote goes to 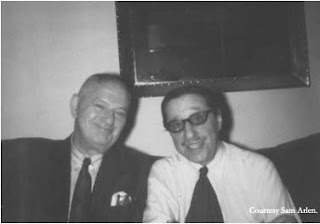 Email ThisBlogThis!Share to TwitterShare to FacebookShare to Pinterest
Labels: 1954, A Star is Born, Oscars, Susan Slept Here, The High and the Mighty, Three Coins in the Fountain, White Christmas