As I mentioned earlier, musicals brought me to 1954, particularly the Actor-and-Actress-nominated A Star is Born and Best Picture nominee Seven Brides for Seven Brothers - stellar cinematic works whose directors (George Cukor and Stanley Donen, respectively) went un-nominated. You'd think Seven Brides would have a better shot here, but 1954 was one of those odd years where only 2/5 of the Best Director roster helmed Best Picture nominees: On the Waterfront's Elia Kazan and The Country Girl's George Seaton.

The three "lone" director slots went to Alfred Hitchcock for the unassailable thriller Rear Window, Billy Wilder for the influential rom-com Sabrina, and William A. Wellman
for the execrable-but-profitable disaster flick The High and the Mighty. For Hitchcock, it was the second of three times that he would be up for a film that wasn't a Best Picture nominee, the other two being Lifeboat and Psycho. For Wilder, it was the second time in a row, having been nominated just the previous year for Stalag 17 - he'd be a lone director nominee again for Some Like It Hot in 1959. For Wellman, it was a first, his previous nods having come from Best Picture nominees Battleground...and the original A Star is Born! Funny how things work out...

Was their 1954 output worthy of a nomination? Let's check after the jump.... 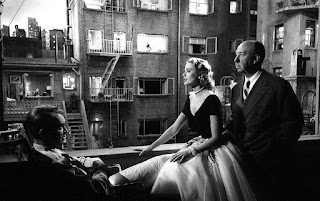 Musings on marriage, murder, and music, all within a milieu that can only go as far as the window shades will permit. Genuinely believe it to be his best: consistently terrific performances, effectively claustrophobic conceit, stakes upped in every scene to an almost unbearable extent. I still recoil in the climactic showdown, still sit up for Grace Kelly, still laugh at Thelma Ritter's every word! It's perfect. Every moment feels dangerous, vital. The anger, the urgency is present in every tortured performance, every note of the score - but Kazan is careful not to let things get too overwrought. He's furious, but he's grounded, with an attention to the personal that makes the quieter, more intimate moments - the taxicab, the glove - the ones we remember. 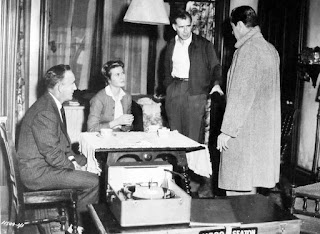 Is he continuing the movie's theme of self-sabotage? Some fine performances, sure, and you can't fault the look of it, but too often slops on the melodrama, double-underlining obvious beats but forgetting what should be simmering underneath. There's no tension, sexual or otherwise. Smothers Grace Kelly's vibrance in the name of "honesty"; explodes Bing Crosby's subtlety for "effectiveness." 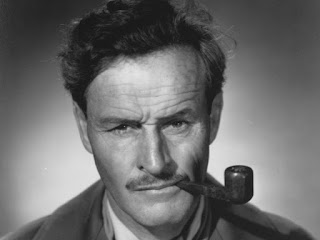 William A. Wellman
The High and the Mighty
**
third and final nomination in this category; DGA Awards nominee

Not embarrassing, though the pacing plods and the performances are delivered more with the diaphragm than with sincerity. But I tell you what, the scene at the end where all the pros are standing silently underneath the plane, looking her over, only leaving when they are dismissed one at a time, is a real humdinger. No words needed, just men doing their job. He gets that right. 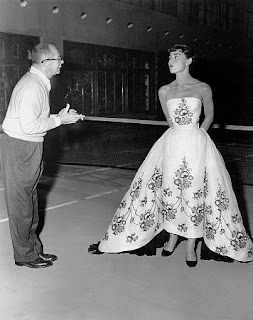 Every time I think, "Really? The rom-com Sabrina? For Best Directing?" - every time I think that, I re-watch the movie and once again appreciate the trick he's pulled off. Casting decisions that shouldn't work, but become indelible secret ingredients; jokes that manage to tow the line between crude and classy; and a wonderfully transporting romantic tone that's all champagne bubbles.

The Oscar went to Elia Kazan, and here's something pretty interesting. The industry has always been largely bicoastal, thanks to the intersection of Broadway and Hollywood creatives. In keeping with this, the Academy Awards used to have two simultaneous ceremonies for their television broadcasts - one in New York, the other in LA - cutting between them depending on who won what and where they were:


Fascinating. Lost to time. Anyway, here is my first narrow disagreement, because my vote goes to: 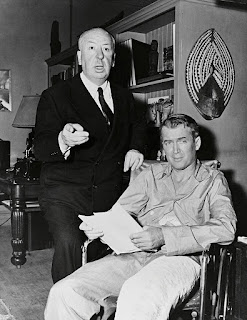