It would take another 15 years for a second black performer to be nominated for an Oscar, which would be history-making anyway (when an industry does its utmost to ignore or handicap you, every step is a milestone). But Dorothy Dandridge's nomination for playing the titular role in Otto Preminger's adaptation of Carmen Jones carries an extra significance: it was the first ever for a black woman in Best Leading Actress. She would never be nominated again, a fact that some blame on Preminger, who during their four-year affair advised her against taking supporting roles in high-profile films, since a Best Actress nod meant she should only take star parts from then on. He was not necessarily wrong, but nor was he some altruist; Preminger had a history of taking actresses under his wing, rocketing them to stardom and Oscar nods, then controlling their careers into oblivion.

To this day, only ten women have repeated the feat, with Ruth Negga being the most recent for 2016's Loving. Monster's Ball's Halle Berry is still the only black winner for Best Actress, and she did so just two years after winning the Emmy equivalent for playing the title role in Introducing Dorothy Dandridge. Funny how things work out...

Of course, just as I'm crossing my fingers for a three-peat repeat in the supporting categories (ahem, Parasite), I'm also hoping that this year, we can add a few more names to the roster. Earlier this year, I predicted that this would be the first time since 1972 when more than one black actress got a Best Actress nomination, and although the names I have in mind may have changed (Lupitaaaaaaa!), I still expect it to happen.

But you never know with Oscar. Sometimes he does the right thing. Other times, he surprises you in unpleasant ways: 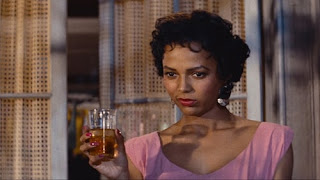 Easy to play Carmen Jones as an opportunistic floozy. Dandridge plays her as a survivor staving off the allure of romance. She's superstitious and somewhat stubborn, even as she reveals herself to be the only character willing to compromise. Smart, too - you see her taking stock of every situation before making a decision, but she's canny enough to only do it when the other party isn't looking.

Christ, what a performance. At one point, Esther goes to film closeups of an optimistic song after weeping in her dressing-room over Norman's stint in rehab; Garland is heartbreaking here, quickly covering her personal agony with the mask of Star. Her scenes with Mason are genuinely romantic, playful - they're a unit, so intimate, it feels invasive to watch. And of course, her singing! 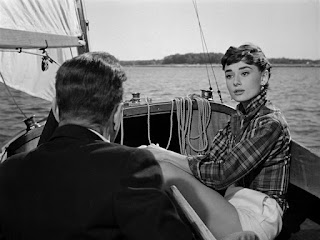 A key performance in the Hepburn canon. For Sabrina to work, Sabrina must be charming, even as her worldliness is partly the naive play-acting of a girl just discovering who she is, all without coming across as twee - or stupid. And she nails it! Not just the sophistication, but the practiced sophistication; not just the ways she is fooled, but the ways she allows herself to be fooled. 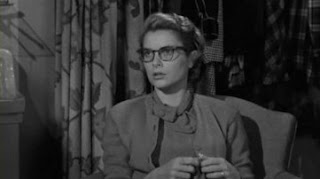 Plays individual scenes well, so that you believe both her husband's version of her and the true one. She and Crosby are a perfect team together; she and Holden, less so, and that's a sign that there's something missing. Her natural charisma smothered in the name of "honesty", she struggles against the heavy hand of the director and a script that can't make up its mind about her character. 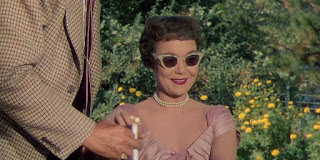 It's a ridiculous role, and I don't think the character as written would ever make some of the choices she's forced to make. But Wyman, bless her, delivers, so sincerely does she play the sketch that it feels like a fully-fleshed person. I don't know who Helen Phillips is - but Jane Wyman sure does.

Grace Kelly won the gold, but like every other movie queen, my vote goes to:

JUDY GARLAND
for
A STAR IS BORN


Tomorrow, Best Picture: The Caine Mutiny, The Country Girl, On the Waterfront, Seven Brides for Seven Brothers and Three Coins in the Fountain.