The screenplay categories always have room for surprises. On the Waterfront being nominated is no surprise, and nor, I think, is it particularly shocking that the latest Joseph L. Mankiewicz joint The Barefoot Contessa or a hit biopic like The Glenn Miller Story have spots here as well. But in what other category could you find these three Oscar-friendly titles up against a quaint British comedy about marriage and classic car aficionados like Genevieve, or a Danny Kaye comic thriller about a ventriloquist entangled with spies like Knock on Wood? Writers love weird shit, and God bless them for it.

Let's take a look, after the jump. 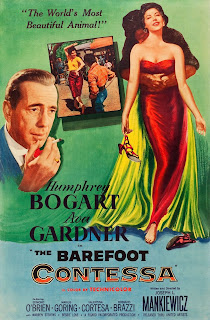 Making his leading lady a sketch of a person is vital to the theme of men's projected narratives, yet it also feels like a crutch for an under-developed character. His cynical takes on the screen trade are funny, yet repeated so often they get tired - how often do we hear variations on, "This isn't one of your screenplays"? Overblown dialogue in an undercooked story. 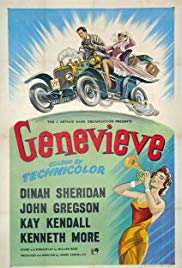 A simple story about classic car obsessives that uses that vehicle (ha!) to talk about the values of the post-war middle class: friendships built on competition, with hobbies as battlegrounds; modern marriages and independent women returning to the role of Wife and Homemaker; and the importance of trumpet solos. Clever in its execution of this discussions and observations without compromising its lighter-than-air tone. 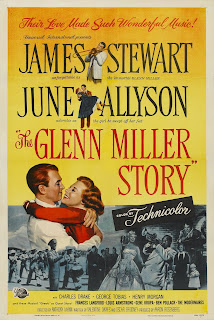 Gotta say, as "studio biopic" as it is, the seams are not as obvious as they are in films like, say, Night and Day. The central relationship is built beautifully, the jokes work, the constant ebb and flow of success in the first half feel authentic. Even the invented conceit of Glenn's dislike of his wife's favorite song, "Little Brown Jug", is executed without over-emphasis, leading to an effective payoff. 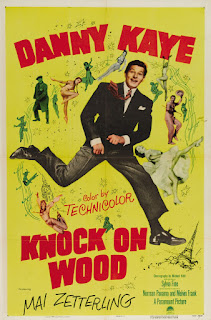 Comic thrillers are difficult to execute, but damn, Panama and Frank get it right! The confusing web of deceit, the unlikely tricks of the everyman hero, the extremely vague but vital raison d'être, all the best thriller elements are amplified and spoofed credibly, wonderfully. The summing-up of it all at the end is perfectly hilarious. 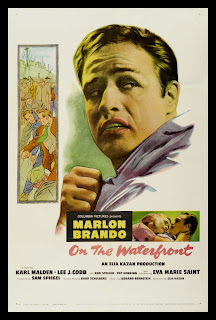 On the Waterfront
Budd Schulberg
*****
first and only nomination; WGA Awards winner for Best Written Drama

"Suggested" by a series of articles published in the New York Sun in 1948, but Schulberg did indeed put in the work in researching and making a story out of the mob-run waterfront. And it's a goodie, a story of redemption, taking on corruption while underlining the true purpose of a union. His dialogue stays true to the rhythms and vocabulary of the working class - even the preacher speaks with grit.

The Oscar went to On the Waterfront - no big shock there, it was winning everything:


But it's also "no big shock" because, hell, it deserves it. My vote goes to: 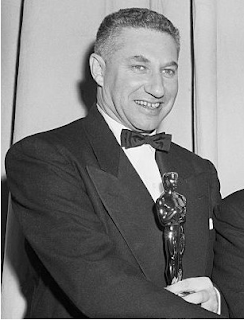 BUDD SCHULBERG
for
ON THE WATERFRONT

Tomorrow, the nominees for Best Score, both Dramatic Or Comedy and Musical: The Caine Mutiny, Carmen Jones, Genevieve, The Glenn Miller Story, The High and the Mighty, On the Waterfront, Seven Brides for Seven Brothers, The Silver Chalice, A Star is Born, and There's No Business Like Show Business.