I have no way of knowing this for certain - I wasn't there, I don't have access to archives - but historians tell us that Bing Crosby was the favorite to win for his performance as a recovering alcoholic in The Country Girl. It seems bonkers now, considering Crosby was already an Oscar winner for Going My Way in 1944, while Marlon Brando was not only in the Best Picture frontrunner, but had been accumulating momentum with three previous, unsuccessful nominations, all in consecutive years: 1951's A Streetcar Named Desire, 1952's Viva Zapata!, and 1953's Julius Caesar. Not to mention it was a rematch against Humphrey Bogart, whose win for The African Queen came the same year as A Streetcar Named Desire. Plus, he had already swept what we now call "the precursors." But there you have it - the results were a shock, an upset:


Just another example of how times have changed as far as Oscar narratives, momentum, and expectations go. Anyway, the nominees were: 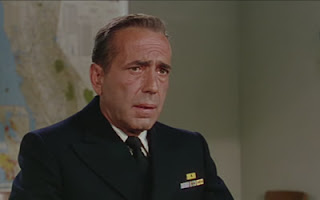 In Bogart's hands, a tragic figure, a man at sea looking for anchor. There's a tightness in his first scenes hinting at an unraveling kept in check. He's measured his barking so that, as one character says, there's nothing that couldn't be construed as just strict discipline. His third-act, close-up monologue, when it all falls apart, is a killer. 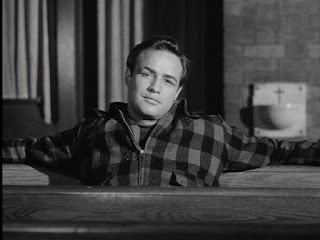 Terry Malloy's history is in every part of his body: the insecurities manifested in his scrunched-up shoulders; the boxer past allowing him a watchful look of ready-to-spring flexibility; the lack of education showing in the petulance around his mouth, the impatience with "authority" figures. Yet in his tender, sensitive scenes with Edie Doyle, Brando shows what's redeemable, no edges sanded. 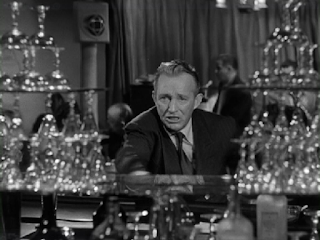 Bing Crosby as Frank Elgin
The Country Girl
****
past winner, third and final nomination; National Board of Review winner for Best Actor

The film's best performance. Crosby's gotten under the skin of this self-loathing has-been who drinks to sabotage his own chances at happiness. His drunk tank scene is pathetic, skin-crawling, masterful. So, too, is a scene in his dressing-room - he doesn't even pause, just automatically goes into the "good boy" routine to manipulate the situation to his advantage. A man well-practiced in deceit.

Understands what the remakes miss about Norman Maine: he genuinely loves Esther - just watch how he looks at her in the "Someone at Last" number! That's also clear in the famous Oscars scene: he may be stepping on her moment to berate his former colleagues, but his genuine surprise and guilt over literally hurting her is palpable. A performance this sexy, funny, tragic...it's impeccable. 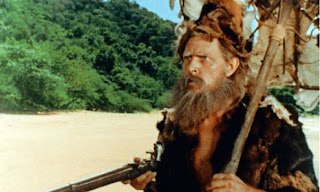 Commands the screen throughout, first playing of desperation and noble survival, then gradually revealing Crusoe's true nature: stubborn, pompous, unquestioning of his right to rule over others, doing so with a casual insidiousness. As memorable vocally as he is in moments of silence: taking in Friday's theological challenge, taking a final look at his island home.

I guess you can already tell that though I love the performances, I am neither a Brando Boy or a Crosby Queen - not in this instance, at any rate. My vote instead goes to:

JAMES MASON
for
A STAR IS BORN

And thus ends the first week! Five categories, not a single one where I agree with Oscar! Perhaps we'll find more common ground next week....