In both Damien Bona and Mason Wiley's Inside Oscar and John Harkness's The Academy Awards Handbook, the 1954 Best Supporting Actress race is heralded as the first instance of category fraud successfully resulting in a win.

At a time when the studio decided category placement, with no wiggle room for Academy members to decide for themselves (as when Kate Winslet won lead for The Reader when she was campaigned supporting), Columbia's decision to campaign Eva Marie Saint as supporting rather than lead was a surprise to many. It was also smart - it kept her out of the bloodbath happening between The Country Girl's Grace Kelly - named Best Actress of the Year by the National Board of Review, the New York Film Critics' Circle and the Golden Globes (in the Drama category) - and A Star is Born's Judy Garland, giving a ferocious performance that netted her the Golden Globe for Best Actress in a Musical/Comedy. Saint's performance was earning her magazine covers and praise from critics and audiences, but as a newcomer making her film debut, a win, hell maybe even a nomination, seemed a far-off bet. So, Saint was declared Supporting....where she was nominated....and eventually....


And so was born one of Oscar's favorite traditions! From Tatum O'Neal to Viola Davis, Jack Albertson to Mahershala Ali, there's always at least one winner whose category placement seems...suspect. Then again, supporting is often in the eye of the beholder - I think Davis is absolutely supporting in Fences, and Saint's case is a little less clear-cut than its reputation would suggest.

Still. All that really matters is - does the performance deserve the gold? Let's talk about that, and more... 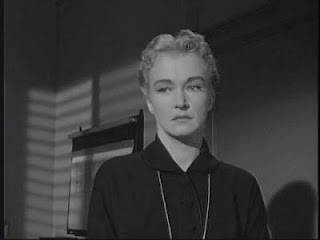 Nina Foch as Erica Martin
Executive Suite
****
first and only nomination; National Board of Review winner for Best Supporting Actress

Through simple gestures and glances (and one too on-the-nose one, but what are ya gonna do?), Foch presents a woman who's perfect for and at her job. Efficient, pleasant to work with, and seemingly unperturbable. You don't get much context outside of the office, and yet because of that, and the way Foch carries herself, you know Erica takes pride in her work but doesn't take it home.