There's also no denying the popularity of the film. And Casting Coups shouldn't just be about what I like to see; I need to think about others, too. Consider this my gift to those of you who admire Forrest Gump, or love it, or wonder what a recent version would look like.

Of course, some of you may be wondering, "Hey, isn't this just the same thing that appeared on Andrew's LAMB Casting feature not too long ago? What's the point of giving this to us again?" Well, here I get to justify some of my choices, so you understand how my mind works. Many thanks to Andrew, by the way, for hosting that LAMB Casting, and for reminding me about the difficulty that comes in casting and making movies. No matter how I might feel about the film itself, you have to love something when you cast it. You don't want to dishonor the story, the audience, or yourself. Every film is a labor of love, even saccharine messes like Forrest Gump.

Without any more ado...after the jump:


BUBBA BLUE
Who is He: Forrest's friend in Vietnam. Similarly slow-witted, Bubba plans to enter the shrimping business with Forrest, but is killed in action. Forrest starts Bubba Gump Shrimp when he returns home in Bubba's honor.
Originally played by: 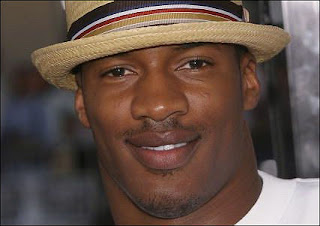 Nate Parker (The Great Debaters, The Secret Life of Bees)
I like Parker, actually, and he deserves more work. I didn't want to cast a big name, for that would be distracting, but I also wanted him in the age range of my Forrest Gump. Oh, and talented. So Nate Parker.
LT. DAN TAYLOR
Who is He: Forrest's commanding officer in Vietnam. He loses his legs in battle, but when Forrest saves his life, he falls into a deep depression (he wanted to die a hero). Of course, he and Forrest keep running into each other throughout the years, with St. Moron reaching out to help his former commander. One of the better characters, actually.
Originally played by: Academy Award/Golden Globe Nominee for Best Supporting Actor (Forrest Gump), SAG Award Winner for Best Ensemble (Apollo 13)

Gary Sinise (Of Mice and Men, Snake Eyes)
My Choice: Golden Globe Winner/Hollmann Award Nominee for Best Actor [in a Musical/Comedy] (In Bruges) 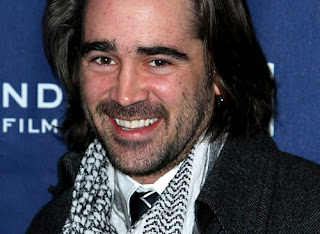 Colin Farrell (Crazy Heart, The Way Back)
He can do comedy, he can do slightly deranged, he can do an American accent. Done. The man is a magnificent actor, and it would be remarkable to see his treatment of this role.
MRS. GUMP
Who is She: Forrest's single mother. She works hard to make sure Forrest gets every opportunity in life, refusing to allow people to limit him because he's mentally slow. She comes up with the bumper sticker phrases that guide Forrest's life.
Originally played by: Academy Award/Golden Globe Winner for Best Actress [in a Drama] (Norma Rae, Places in the Heart), BAFTA Award/SAG Award Nominee for Best Supporting Actress (Forrest Gump) 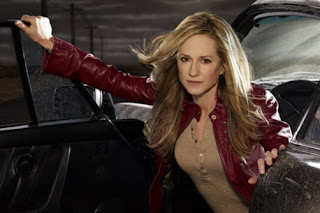 Holly Hunter (Raising Arizona, The Incredibles)
I love that Georgia accent! She'd so anything for her children in Raising Arizona and The Incredibles. She's mighty sassy in O Brother, Where Art Thou and The Firm...and TV's "Saving Grace". There's a precedent for the talents needed for Mrs. Gump, and Hunter has them. She's not the worst-looking gal, either.
JENNY CURRAN
Who is She: The love of Forrest's life, she goes through a lot. Abuse at the hands of her father, the Black Panthers, stripping, flower power...yeah, she goes through a lot. Forrest sticks by her, though, and that moment by the reflecting pool is a thing of magic.
Originally played by: Golden Globe/SAG Award Nominee for Best Supporting Actress (Forrest Gump), Indie Spirit Nominee for Best Actress (Loved, Sorry, Haters) and Best Supporting Actress (Nine Lives), SAG Award Nominee for Best Actress (She's So Lovely) 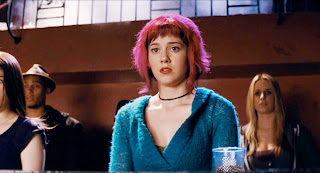 Mary Elizabeth Winstead (Live Free or Die Hard, The Thing)
Beautiful, but she could be countrified. She's already got the Southern accent down. I think her turn as Ramona Flowers showed us she could play a damaged girl searching for an identity. She's a likable actress, too, but one who's not afraid to play prickly, which is what Jenny kind of has to be.
FORREST GUMP
Who is He: A slow-witted Alabaman who stumbles his way through history. Whether it's making a call about mysterious people while staying at the Watergate, playing ping-pong on an international level, being shot in the butt-ocks, or just running, Forrest unconsciously inspires a generation of Americans. Yet through it all, he never forgets the lessons of his Momma, or his love for Jenny.
Originally played by: Academy Award/Golden Globe Winner for Best Actor [in a Drama] (Philadelphia, Forrest Gump), BAFTA Award Nominee for Best Actor (Forrest Gump, Saving Private Ryan, Cast Away), Golden Globe Winner for Best Actor in a Drama (Cast Away) and in a Musical/Comedy (Big), SAG Award Winner for Best Actor (Forrest Gump) and Best Ensemble (Apollo 13) 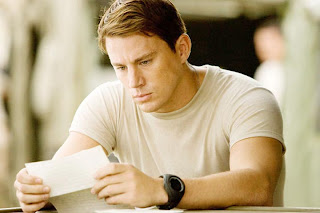 Channing Tatum (She's the Man, GI Joe: The Rise of Cobra)
Perhaps not the most popular choice, and if you think it's just because Gump is slow-witted, stop right there. Tatum is a fine actor whose good looks and choice of roles belie his natural acting gifts, on display in Dear John and She's the Man (admittedly, I've not seen Stop-Loss, A Guide to Recognizing Your Saints, or Fighting). Tatum may be too good-looking for the role, too, but he can camouflage his good looks, like he did for his cameo in Public Enemies. He can get the Southern drawl, reg'lar guy bearing, and confused face. Tatum's one to watch out for.

I do love the idea of Holly Hunter, here.

Mykelti Williamson had a big role in the final season of 24 and once we realized what we recognized him from, we realized why (based on his acting in 24) why he hadn't really done too much since Gump.

Intersting...We JUST watched this last evening on TCM.
I found much to appreciate in this film...Although I understand some of the criticisms that it has received.
(I think it was so popular because it let a whole generation laugh and cry at the touchstone events in our lives...to come together one last time before everything and everyone became polarized...and to put it finally behind us. It was sort of a healing film...)

Channing Tatum is an inspired choice, Walter (though he might be a distraction with all those muscles!)and yes, Holly Hunter would be a good Mama Gump...

Not as familiar with some of your other choices... Colin Farrell is an intersting thought...although it's really hard to seaparate this role from Gary Sinise, in my mind..

I'll be back to look at your previous casting this week...

RC: But his itty-bitty tiny appearance in Waiting to Exhale...oh, I see your point ;)

Tom: Thanks again, Tom. I tried watching it on TCM, too, to give it another chance. What surprises me most is how much I dislike that movie. I find it virtually unwatchable, yet I understand what people mean when they talk about the good parts.