Last year, y'all voted on Maggie Smith and Judi Dench to mock-host the Hollmann Awards. Because I got behind schedule, I did not deliver on that, but instead ran through the nominees with a quick ranking system. I used to do a whole "show", with presenters and speeches and the whole shebang. Truth be told, though, having to come up with banter and fresh transitions is a little exhausting. Poor Bruce Vilanch!

Even worse was the disservice I felt I was doing to my nominees. Yeah, these scripts are cute and all, but they don't hold a candle to Nathaniel's excitement or Andrew's observations. Way way back I did separate posts on each category...I don't know why I stopped that. I guess because I realized some categories I could go on and on about (screenplay, acting) while others left me stumped (sound, editing). Either way, I was failing to provide a one-stop shop for all my Hollmann Awards needs that didn't give short shrift to my choices. I chose these as the best of the year for a reason, surely it wouldn't hurt to talk about why.

So I've decided to eschew the awards show format in favor of a more literary approach, while still maintaining that ranking/rating that I do. Being an admirer of Andrew's color codes and Nathaniel's stars, I knew I needed to do something visual, but without ripping off either of their ideas. I wanted to rank all five, not just the top two or three. And the votes for last year's hosts made it all the more clear to me...


Introducing the new Hollmann Awards Ranking System
The qualities of the nominee being summed up, there will appear at end one of these images to rank its placement.
The Daphne Castle 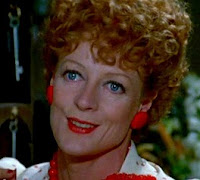 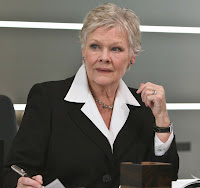 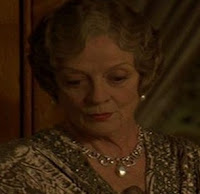 Third Place: Maybe you should have won, but those other two...
The Barbara Covett 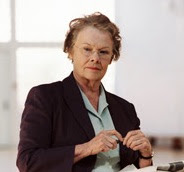 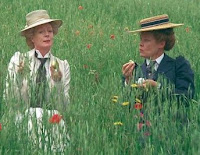 First Place: The perfect blend of the Carefully Done (Aunt Charlotte) and the Unpredictable (Eleanor Lavish), the Entertaining (Charlotte) and the Well-Written (Eleanor)
A little more friendly than a mere number, eh?
Posted by Walter L. Hollmann at 10:49 PM

Ha, I love this. It sounds almost like a lifetime achievement award.

(My favourite of course is Countess Trentham.)