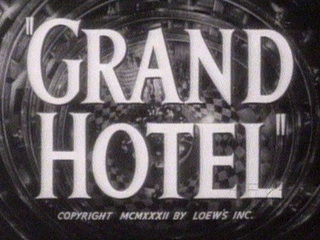 NOMINATIONS
Best Picture (WON)
The Silver Screener loves an ensemble film. This is obvious when one considers my favorite films: Nashville, Everyone Says I Love You, The Hours, Magnolia...then there's a few character studies and The Black Cat, but generally I adore ensembles. What's not to love? Several stories intertwine to present a common theme, something relatable about the human condition. Everybody is equal, because as Caden realizes in Synecdoche, NY, everyone is the lead in their own story. Best of all, an ensemble means an all-star cast.

When MGM first conceived of adapting Vicki Baum's 1929 Menschen im Hotel as an all-star vehicle, people thought it crazy. An all-star cast would mean more money spent on the cast, on trailers, on production itself! Then director Edmund Goulding and cinematographer William H. Daniels, working with the production designers, of course, made a 360-degree shooting area, the better to see the hustle and bustle of the hotel as its ensemble worked its way through the narrative. This, too, was unheard of at the time, and revolutionized filmmaking; no longer did they have to depend on a stagebound mise-en-scene. Directors could direct! Oh, and despite sound still being in its relative infancy, the production features pre-Altman overlapping dialogue. Again, it's a hotel. There's stuff going on.

The gamble paid off. Yes, it was one of the studio's biggest grossers.Yes, it won the Academy Award for Best Picture. More importantly, though, it was -- ahem, is -- an artistic triumph. It is as fine a comedy as it is a drama, as much a valentine to opulence as it is a defender of the working-class. When the wounded war vet Dr. Otternschlag claims that "nothing ever happens" at Grand Hotel, we feel sorry for him -- he does not see the romance and redemption, the crime and punishment, the sexy and saintly. Where else but the Grand Hotel would a dying accountant strike up a friendship with a debonair jewel thief? Where else would a stenographer and prima ballerina vie for that jewel thief's affections? Where else would a Dr. Otternschlag even be?

What's unusual about Grand Hotel is not that it won Best Picture, but that it was only nominated in that category. I suppose things would have been different were this not in the days of wacky nomination numbers: eight in Picture, three in the acting categories, four in writing, five in sound...and we were still five years away from supporting categories. Maybe the actors all canceled each other out, because I would say there are four deserving nominees: John and Lionel Barrymore, Greta Garbo, Joan Crawford. Director? Cinematography? Art Direction? SCREENPLAY? All, I'm sure, would have received nominations in a five-wide field. Alas.

Oh-ho, but if this was remade? You can bet there would be a hell of a campaign for the stars! A hell of a one! And the nominees could be (after the cut, of course):

SENF - THE PORTER
Who is He: The harried porter of Grand Hotel. While having to cater to the whims of his guests, he is waiting for his wife to give birth to their firstborn child. Naturally, he sticks close to the phone, but duty calls -- often.
Originally played by: 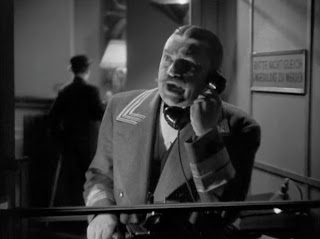 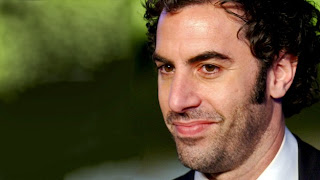 Sacha Baron Cohen (Bruno, Hugo Cabret)
Baron Cohen is a chameleon, a comic, and an ace at accents. A small role, sure, but Baron Cohen's stardom is modest enough that he could pull this off without any raised eyebrows.
DR. OTTERNSCHLAG
Who is He: A wounded war veteran and permanent guest. He wanders about lethargically, cynically claiming that nothing ever happens at the Grand Hotel.
Originally played by: Academy Award Nominee for Best Actor (The Patriot) 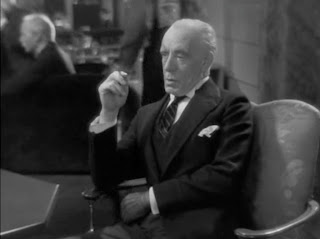 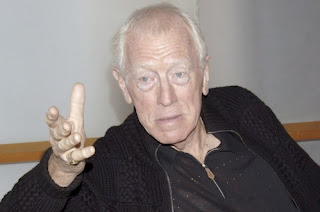 Max Von Sydow (Through a Glass Darkly, Flash Gordon)
Von Sydow could, I think, find the humor in the role. He's a man with regal bearing, making his performance as an ex-soldier believable. Doesn't he seem like he'd be a fixture at a hotel somewhere?
GENERAL DIRECTOR PREYSING
Who is He: A flustered businessman, he is finalizing a merger. Preysing is known as a swindler, a hard-hearted and hot-tempered man. He is also a snob, looking down on the lower classes, thinking that his stenographer will be more than willing to fool around with him. He and the Baron do not get on.
Originally played by: Academy Award Winner for Best Actor (The Champ) 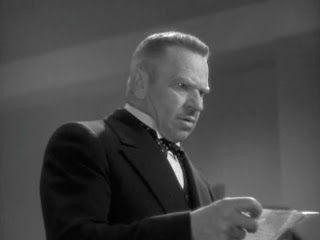 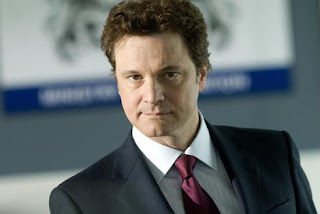 Colin Firth (What a Girl Wants, Tinker Tailor Soldier Spy)
Oh Heavens, it's been a while since he got to play a snotty boor. Shakespeare in Love was twelve years ago, but he's only gotten better and better. We've been rooting for him for a while now; maybe he'd like to experiment with a non-sympathetic role...though I'm sure he'll find a way to make it multi-dimensional.
FLAEMMCHEN - THE STENOGRAPHER
Who is She: Secretary-for-hire, she's Preysing's temporary assistant. She has dreams of becoming an actress, but right now she's enjoying the Grand Hotel -- and dreading each time she has to interact with Preysing. Flaemmchen is quite attracted to the Baron, and helps Kringelein get his money worth by hanging and dancing with him.
Originally played by: Academy Award Winner for Best Actress (Mildred Pierce), BAFTA Award Nominee for Best Foreign Actress (What Ever Happened to Baby Jane), Golden Globe Nominee for Best Actress in a Drama (Sudden Fear) 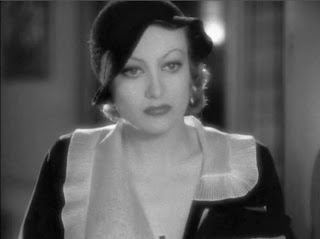 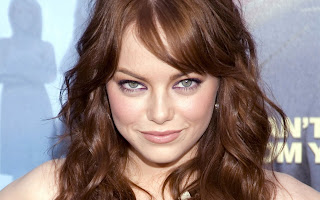 Emma Stone (Zombieland, The Help)
Her youth lends credence to her dreams of stardom -- any older and it would just be weird. I can see her laying down the come hither on the Baron. Her performances in Superbad and Easy A showcased her as both the sympathetic listener and the true friend; her palling around with Kringelein would be adorable.
OTTO KRINGELEIN
Who is He: A lowly bookkeeper formerly in the employ of Preysing, Kringelein is spending his savings on a stay at the Grand Hotel after being diagnosed with cancer: he is going to die. Kringelein is a gentle soul, angry at the mistreatment of Preysing's workers, but enjoying what little time he has left. He becomes close with the Baron and Flaemmchen.
Originally played by: Academy Award Winner for Best Actor (A Free Soul) 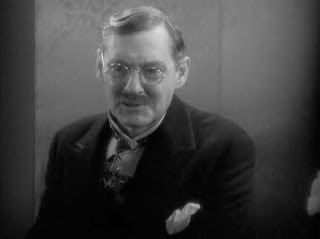 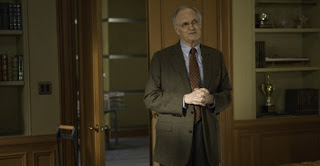 Alan Alda (Everyone Says I Love You, The Tower Heist)
It's like an hour-long version of his performance in the Kidney Now episode of "30 Rock" -- but with dancing! I love that episode! And Alan Alda!
GRUSINSKAYA - THE DANCER
Who is She: A celebrated prima ballerina nearing retirement, she is exhausted. She wants to be alone. She is on the decline, almost suicidal one would think, when she catches the Baron stealing her pearls. Instead of having him arrested, she responds to his conversation...and falls in love.
Originally played by: Academy Award Nominee for Best Actress (Anna Christie, Romance, Camille, Ninotchka) 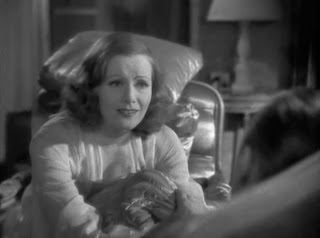 Marion Cotillard (Nine, Inception)
Beautiful but fragile. She could pull that off. If I was stealing her pearls, I'd fall in love at a glance, too. Young enough to still be a dancer, old enough to be exhausted.
BARON FELIX VON GAIGERN
Who is He: A fallen aristocrat-turned-gentleman jewel thief. Felix is charming, seemingly caddish, but in reality a perfect gentleman. He even tries to rob Kringelein, but sneaks the money back when he grows fond of the man. Flaemmchen is attracted to him, and the two get on, but he unexpectedly falls in love with Grusinskaya while attempting to steal her pearls.
Originally played by: 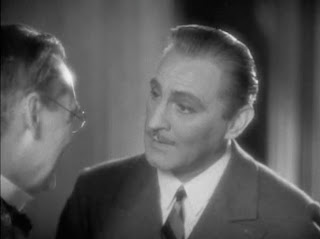 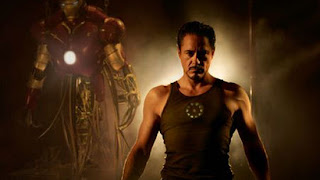 Robert Downey Jr. (Heart and Souls, The Shaggy Dog)
Downey is charming and seems smug/caddish at times...but there's a warmth there. You see it in his portrayal of Tony Stark all the time. He and Stone have already established a repartee, so to speak (best moment of the Globes?). Now I'd love to see him share the screen with Alda and Cotillard.


FOR YOUR CONSIDERATION
Best Actor: Robert Downey, Jr.
Best Actress: Marion Cotillard
Best Supporting Actor: Alan Alda, Sacha Baron Cohen, Colin Firth, Max Von Sydow
Best Supporting Actress: Emma Stone
Post-script: I only realized this when I was posting up the photos, but with the exception of Max Von Sydow, every one of these actors has proven themselves as a singer. Could this cast also work for a film version of the Tony-winning Broadway musical? Would you rather see a different cast altogether? Sound off below!
Posted by Walter L. Hollmann at 10:56 AM

this is such a a great film and such a great re-casting.