Casting Coup Month: On the Waterfront 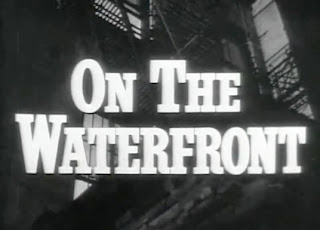 NOMINATIONS
Best Picture (WON)
Best Director - Elia Kazan (WON)
Best Actor - Marlon Brand (WON)
Best Supporting Actor - Lee J. Cobb
Best Supporting Actor - Karl Malden
Best Supporting Actor - Rod Steiger
Best Supporting Actress - Eva Marie Saint (WON)
Best Story and Screenplay - Budd Schulberg (WON)
Best Cinematography - Boris Kaufman (WON)
Best Editing - Gene Milford (WON)
Best Dramatic or Comedic Score - Leonard Bernstein
Best Art Direction/Set Decoration - Richard Day (WON)
It's strange to me that the same people can praise On the Waterfront yet condemn its director, Elia Kazan, for naming names to the House Un-American Activities Committee. Naturally, when he got his Honorary Oscar years later, there were some boos, and some in the audience, like Ed Harris, refused to applaud, or stand. Yet On the Waterfront is the story of the necessity of naming names, and how the stigma of being a rat is a silly notion; sometimes, it is necessary to name names. (Kazan's own reasoning was the insistence by members of the Communist party that there be no paper trail or list of members. To Kazan, an innocent organization would not operate in such a fashion, and naming names shouldn't threaten them anyway if there's nothing to hide.)

This probably explains why my grandfather called me a "pinko commie" over Thanksgiving, for not having seen the film. Naturally, as soon as I returned to university, I picked up the VHS from the library. And, as so often happens, I was impressed. It's a story that never dates: the rights of the people, the myth of not squealing, the nobility of the working-man, the beauty of Eva Marie Saint. It's cinema at it's finest, with an ending that had me cheering and tearing. Clearly, the Academy of 1954 felt the same way, awarding the film eight wins out of its twelve nominations.

I think it's interesting to think about these films in the context of now. Certainly, with the current economic crisis caused by greedy corporate bosses, we can identify with the dock workers trying to keep their jobs at any cost and the greedy boss who takes advantage of their desperation. We all want a Terry Malloy, the ex-prizefighter who realizes he was used as bait to lure a childhood friend to his murder, to fight for the disenfranchised.

But who would be worthy of taking up those reins? And who is worthy of the moral Father Barry, or even the villainous Johnny Friendly? Some possible answers after the cut:


BIG MAC
Who is He: The foreman at the docks, he decides who's working, and when. His decisions, of course, are dictated by mob-connected union boss Johnny Friendly.
Originally played by: 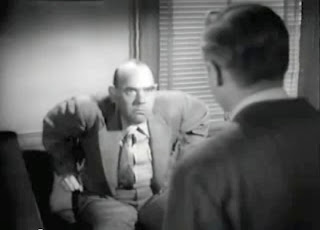 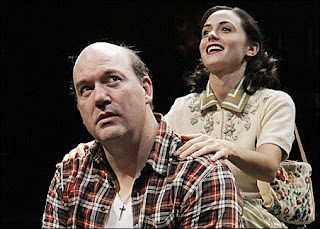 John Carroll Lynch (Fargo, Gran Torino)
Heh-heh, a little obvious, I know.
GLOVER
Who is He: A plainclothesman investigating the death of Joey Doyle. He's naturally stonewalled by the silence of the union boys.
Originally played by: 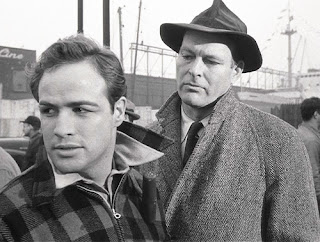 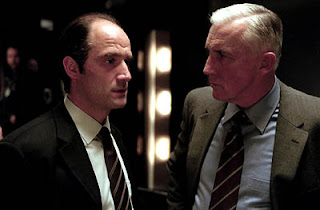 Elias Koteas (Shutter Island, Let Me In)
His blue collar cop in Let Me In was a subtle and layered thing. Don't you want to see him on the side of the angels again, working for the common man?
KAYO DUGAN
Who is He: A union member who's sick of it all. He agrees to testify against Johnny Friendly...and pays for it.
Originally played by: 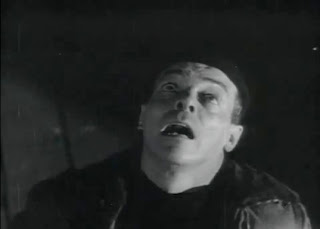 Pat Henning (Man on a Tight Rope, The Cardinal)
My Choice: SAG Award Nominee for Best Ensemble (The Curious Case of Benjamin Button) 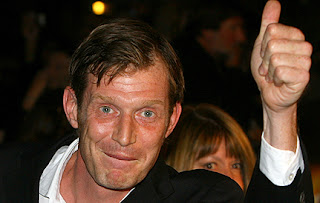 Jason Flemyng (Kick-Ass, Clash of the Titans)
POP DOYLE
Who is He: Edie and Joey's father. Like Terry, he thinks it's better to act "Deaf 'n' Dumb" than to shake things up.
Originally played by: 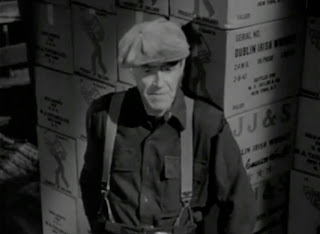 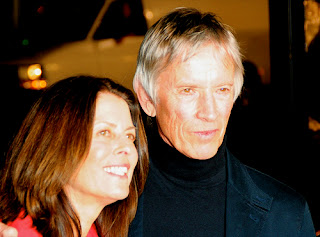 Scott Glenn (Nashville, Freedom Writers)
A weary-looking veteran, with the kind of tired eyes and lined face that make it appear as though he's seen it all.
CHARLEY "THE GENT" MALLOY
Who is He: Terry's brother, Friendly's lawyer. He's the one who convinced Terry to throw a fight so Friendly could win a bet, thus killing Terry's boxing career. He also is the man charged with keeping Terry quiet, either through persuasion...or a bullet.
Originally played by: Academy Award/Golden Globe Winner for Best Actor [in a Drama] (In the Heat of the Night), BAFTA Award Winner for Best Foreign Actor (The Pawnbroker, In the Heat of the Night) 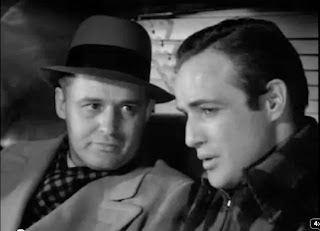 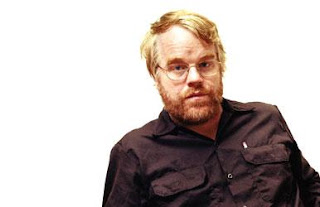 Philip Seymour Hoffman (Strangers with Candy, Jack Goes Boating)
Yes, I am a fan of the Hoff. How can I not be? He's great at what he does, but what he does best are these slick, shady types: Before the Devil Knows You're Dead, Doubt, etc. He'd get to play that conflict, loyalty to his boss and to his brother, guilt and responsibility. He'd love it. I'd love it.
JOHNNY FRIENDLY
Who is He: The villainous union boss. With his ties to the Mob, Friendly is a vicious, murderous thug who bullies the dock workers into complacency. Anyone who snitches doesn't get work, anyone who testifies gets bumped off. He'd throw his mother to the wolves if he thought it'd make him an extra buck. The movie opens with him orchestrating the murder of Joey Doyle, and it ends with him trying to orchestrate the murder of Terry Malloy.
Originally played by: Academy Award Nominee for Best Supporting Actor (On the Waterfront, The Brothers Karamazov), Golden Globe Nominee for Best Supporting Actor (12 Angry Men, Come Blow Your Horn) 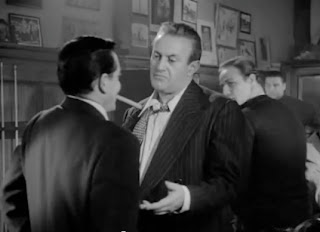 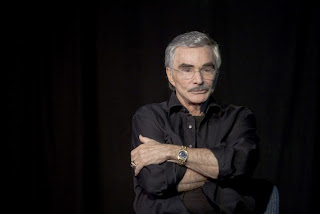 Burt Reynolds (Smokey and the Bandit, In the Name of the King)
I have this picture in my head of Johnny Friendly being a genuinely intimidating and powerful guy. But with Reynolds,  another dimension is added: an old man grasping tightly onto his power. That's why it's so important that no one testifies against him; it's not just jail, but the knowledge that he'll be what he fears most: a helpless, old man with no power. Reynolds has a rough-and-tough way about him, a blue collar class-act. A better actor than people give him credit for, I would love to see Reynolds tackle a role like this, at his age, with his experience.
FATHER BARRY
Who is He: The Waterfront Priest, it is he who is most instrumental in convincing the dock workers to testify against Friendly. No one's going to touch the priest, but Barry manages to get some workers' fevers up with his powerful mid-film speech.
Originally played by: Academy Award Winner for Best Supporting Actor (A Streetcar Named Desire), BAFTA Award Nominee for Best Foreign Actor (Baby Doll), Golden Globe Nominee for Best Actor in a Drama (Baby Doll) and in a Musical/Comedy (Gypsy) 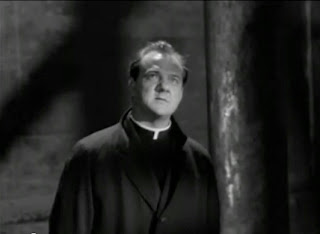 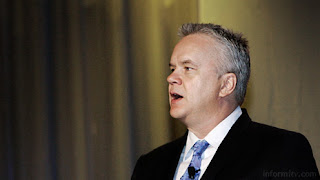 Tim Robbins (Pret-a-Porter, I.Q.)
I feel Robbins would leap at the chance to play the moral speechifier in a politically-relevant film. He'd get a soapbox and a great speech, and he could deliver, too. Robbins has the intensity and humor to pull off this role. Also: him in a dog-collar. Priceless.
EDIE DOYLE
Who is She: Sister of the murdered Joey Doyle. She went to college, but returns home and is disappointed with the way things have turned out. She actually guilts Barry into getting involved in the Waterfront crisis, and eventually finds herself falling for Terry Malloy.
Originally played by: Academy Award Winner/BAFTA Award Nominee for Best Supporting Actress (On the Waterfront), Golden Globe Nominee for Best Actress in a Drama (Hatful of Rain) 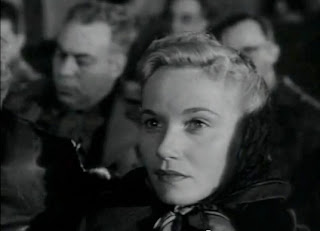 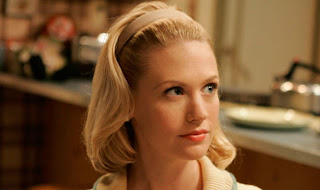 January Jones (Love Actually, The Three Burials of Melquiades Estrada)
I don't watch "Mad Men", so I hear Jones plays the ice-cold bitch very well. That just confirms what a grand actress she is, for I always knew her as a nice, warm, friendly girl. In other roles, I mean. When I first saw this movie, I thought, "Only January Jones has the beauty and warmth to pull this off now." I know I'd fall in love.
TERRY MALLOY
Who is He: Ex-prize fighter, now dock worker. Terry purposely threw a fight for Johnny Friendly, and is later unwittingly used as bait to lure Joey Doyle to his murder. Terry isn't the brightest guy, but he knows wrong is wrong...yet he can't bring himself to testify against the corrupt union boss, fearing he'll lose work and respect. Things get complicated, though, when he falls in love with Joey's sister, Edie. He could have been a contender, a somebody, instead of a bum, which is what he is.
Originally played by: Academy Award/Golden Globe Winner for Best Actor [in a Drama] (On the Waterfront, The Godfather), BAFTA Award Winner for Best Foreign Actor (Viva Zapata, Julius Caesar, On the Waterfront), DGA Award Nominee for Best Director (One-Eyed Jacks) 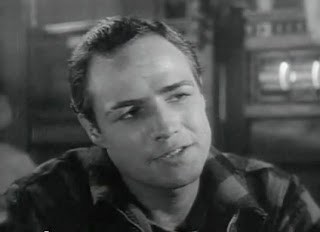 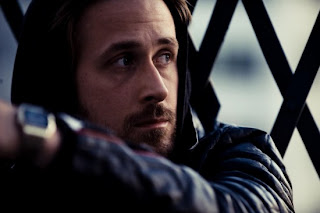 Ryan Gosling (The United States of Leland, All Good Things)
Have you seen Blue Valentine? Because that's some blue collar intensity with a Jersey accent and everything. We'd get him to work out so he could look like a prizefighter-turned-dockworker, but you know he'd commit to that. Isn't Gosling the new Brando anyway? Is there a modern actor who commits to his roles the way he does, who delivers every time? It'd be a great challenge for an actor of his caliber, and we would all reap the rewards.


FOR YOUR CONSIDERATION
Best Actor: Ryan Gosling
Best Supporting Actor: Scott Glenn, Philip Seymour Hoffman, Burt Reynolds, Tim Robbins
Best Supporting Actress: January Jones
Good ideas? Or sacrilege? Have any ideas of your own that you'd like to share? Sound off in the comments!
Posted by Walter L. Hollmann at 11:26 AM

Really liking who you chose for Charley, Johnny Friendly and Father Barry. Although Brando made Terry his own, I would like to see Gosling in this type of role.