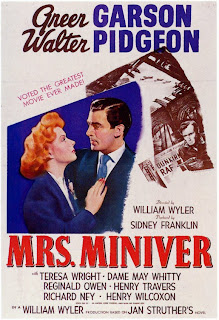 Mrs. Miniver is one those movies that has aged surprisingly well despite its period-specific message. The Miniver clan first appeared in a series of columns written by Jan Struther for The Times, reflecting daily life among middle-class British families in the late-30s. As the Second World War loomed ever nearer, the articles reflected growing fears and preparations; Struther eventually stopped writing them just as war was declared. These columns were then collected and published in 1939, becoming a major bestseller in the still-neutral United States. President Roosevelt himself insisted on the film being rushed int production, and in the Summer of 1942 -- six months before the Japanese bombed Pearl Harbor -- the film opened in New York City to enthusiastic reviews and appreciative audiences.

The reasons are two-fold. Certainly, the film is well-made, though it ends abruptly and is terribly paced. But one must not forget the rousing speech made by the Vicar at the end of the film or the portrayal of the War's effects on home life; this was a propaganda film emphasizing the importance of global support for the battle against fascism. Kay Miniver, housewife and mother of three, represents the strength and noble courage of the People, facing German pilots and flower shows with similar determination. And if her self-righteousness ever gets annoying, worry not -- she also likes to buy hats on impulse! And, apparently, she doesn't mind a good spank.

The film is episodic in nature, so there's no real plot other than the resilience of non-soldiers. What it does offer are interesting characters and fine performances. Walter Pidgeon immediately charmed me as Clem Miniver, the good-humored patriarch; Garson is fine as Kay; Dame May Whitty surprised me with her understated performance. Honestly, though, I would turned it off and gone to bed earlier had it not been for the sudden appearance of Teresa Wright as Carol Beldon, granddaughter to Whitty's Lady Beldon, a plain-spoken, lovely girl who falls for Vin Miniver, the college graduate endearingly played by Richard Ney. When Ney and Wright are together, I could watch the film all day. When Dame May is around, I am interested. When it's Mrs. Miniver's turn in the spotlight, I'm a little bored. I can only handle Great Strength and Fortitude for so long.

It's for that reason that I wanted to try and see if I could come up with an actress that I felt would be more interesting to watch, while also surrounding her with a cast worthy of her talents. Not only that, but as Wyler himself wasn't necessarily happy with the final result, I'm sure a stronger version could be made. I kept thinking to myself, "I like Dame May Whitty but what if...." Well, what if?

THE VICAR
Who is He: The vicar. He gives a rousing speech at the end of the film.
Originally played by: 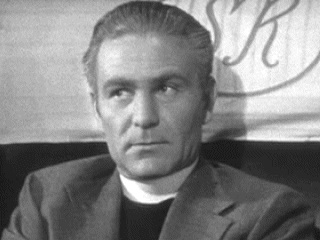 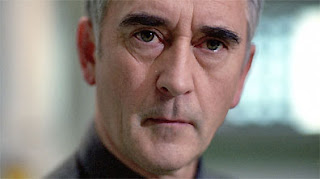 Denis Lawson (Return of the Jedi, Local Hero)
A wizened pate and a great speaking voice. That's what makes a vicar, friends.
JAMES BALLARD
Who is He: The modest railway manager who grows a rose for competition in Lady Beldon's Flower Show. No one has ever gone against Lady Beldon's roses, especially not a lower-class person like Mr. Ballard. He names his specimen the "Mrs. Miniver", after the nicest woman in the village.
Originally played by: Academy Award Nominee for Best Supporting Actor (Mrs. Miniver) 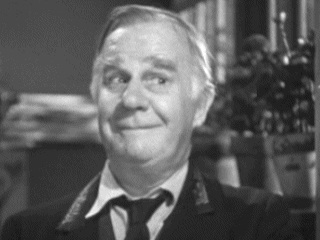 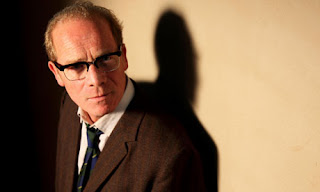 Peter Mullan (Session 9, Boy A)
His thick Scots accent will stick out from the rest, already creating a divide. He's played good-natured many times before, and that face...it's such a friendly face. He smiles with his eyes.
VIN MINIVER
Who is He: The oldest Miniver child, a college graduate who enters the RAF when war is declared. Vin goes through a lot of phases -- vegetarian on his last visit, preaching about the evils of the class system on his next -- but he's mostly talk. When Carol boldly calls him out on his shit, he does what we all do when we meet a bold beauty: he falls in love.
Originally played by: 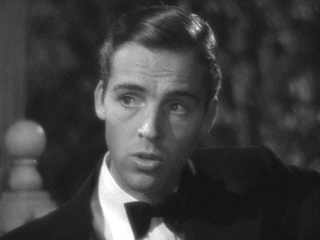 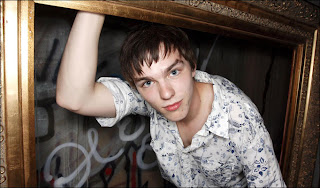 Nicholas Hoult (About a Boy, A Single Man)
LADY BELDON
Who is She: Local aristocrat, grandmother of Carol, organizer and winner of the annual flower show. Lady Beldon seems like a mere snob, and she is. But she's also a wounded widow dreading what the next war could do to pending nuptials of Vin and Carol. She's not unreasonable, though, and she just wants what's best for everyone.
Originally played by: Academy Award Nominee for Best Supporting Actress (Night Must Fall, Mrs. Miniver) 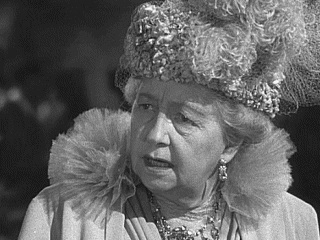 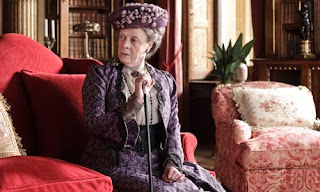 Maggie Smith (Nanny McPhee Returns, The Best Exotic Marigold Hotel)
Some things don't need explanation.
CAROL BELDON
Who is She: Her Ladyship's granddaughter, an intelligent, spirited girl who does what she can to help the community. She falls in love with Vin and weds him, just in time for the War! Carol is a strong young woman who faces the inevitable with courage: her husband may be killed in the line of duty. She may not be one by birth, but her attitude is all Miniver.
Originally played by: Academy Award Winner for Best Supporting Actress (Mrs. Miniver) 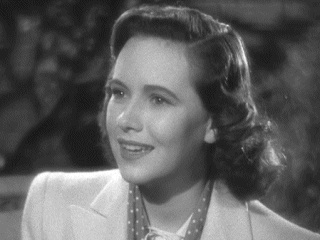 Teresa Wright (The Pride of the Yankees, The Best Years of Our Lives)
My Choice: 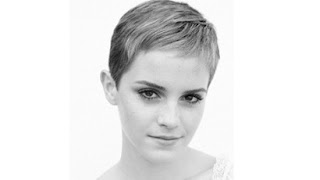 Emma Watson (the Harry Potter series, My Week with Marilyn)
She just keeps getting better and better. Beautiful and whip-smart, with an easy screen presence, she almost is Carol Beldon. It's time to let her shine.
CLEM MINIVER
Who is He: The patriarch. Clem is awesome. Funny, frank and easygoing. He lays back and takes everything in a good humour. When the War starts, Clem joins up with the other local men to scour the area for a downed German pilot, then takes part in the Battle of Dunkirk. Clem is an old-fashioned man, believing that war is for the men, protecting the innocent females who see little action at home.
Originally played by: Academy Award Nominee for Best Actor (Mrs. Miniver, Madame Curie) 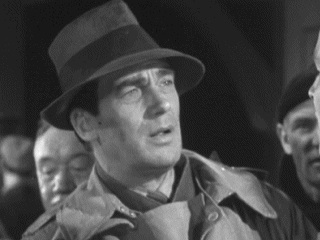 Walter Pidgeon (How Green Was My Valley, Executive Suite)
My Choice: SAG Award Winner for Best Ensemble (The Lord of the Rings: The Return of the King) 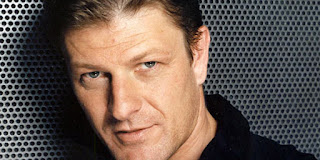 Sean Bean (Troy, North Country)
Dashing fellow who screams MASCULINITY. Bean is like, what, a C-list actor? He should be on the A-list, he's fantastic.
MRS. KAY MINIVER
Who is She: The matriarch. Mrs. Miniver is a strong woman, an example of the stalwart British spirit. When she's the one who has to handle the German pilot, she handles it with calm. When planes crash around her, she leaps into action. She's the kindest person in the town, though she does have a weakness: hats.
Originally played by: Academy Award Winner for Best Actress (Mrs. Miniver), Golden Globe Winner for Best Actress in a Drama (Sunrise at Campobello) 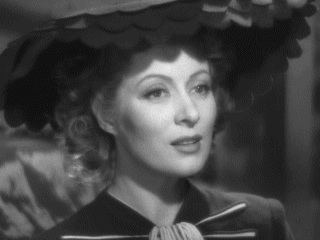 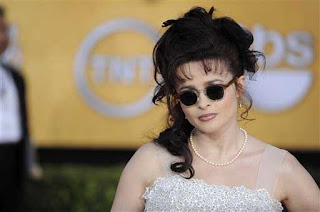 Helena Bonham Carter (A Room with a View, Fight Club)
If anyone can make this role interesting, it's Bonham Carter. She can play "normal" people every now and then. She's always bringing the subtext, and there are few roles in which she disappoints. Even her Red Queen is fantastic!
Fun sidenote: The screenplay was co-written by James Hilton, author of the original novel Goodbye Mr. Chips, starring Greer Garson. EVERYTHING'S CONNECTED!

Bonham-Carter would really put an interesting spin on this story...and she has proven herself believable as a WWII figure. Ah, Mr. Hoult..after "Single Man", I wonder if I will ever accept him in a straight romantic role (wishful thinking, perhaps)... Kudos to you for tackling an old classic that many readers have forgotten, or neglected...