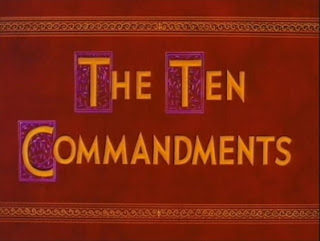 NOMINATIONS
Best Picture
Best Cinematography, Color - Loyal Griggs
Best Editing - Anne Bauchens
Best Costume Design, Color - Edith Head/Ralph Jester/John Jensen/Dorothy Jeakins/Arnold Friberg
Best Art Direction-Set Decoration, Color - Hal Pereira/Walter H. Tyler/Albert Nozaki/Sam Comer/Ray Moyer
Best Sound, Recording - Loren L. Ryder
Best Effects, Special Effects - John P. Fulton (WON)
I imagine I had more patience when I was a child. I've been putting off seeing Ben-Hur because I have no idea when I'll have four hours to kill. When I was a wee one, though, not only did I make time every Passover to watch The Ten Commandments, I would rent it to watch on my own time. I would spend 10 hours* of my year between the ages of five and nine watching Charlton Heston set his people the hell free. Now? I only have patience for the two-hour "Making Of" documentary on Disc Two of the 2004 DVD release.

Now that I think about it, that might not be so bad. As a recent graduate of the film school (toot. toot.), I am equally interested in both the film itself and the behind-the-scenes fun! And truly, is there anything more beautiful than the inspiring dedication and zeal of producer/director Cecil B. DeMille? When I saw Sunset Boulevard, I knew why Norma Desmond would want to work with the master. DeMille may have taken some creative liberties with chronologies, and some critics may claim that his work is bloated and sappy, somewhat cheesy. But can you doubt his sincerity? Can you doubt his dedication? Can you doubt his ability to actually get a large cast and crew and finances together to make his enormous vision come to be? I'm pretty sure you can't.

It was only a matter of time before this movie showed up here. Its significance in my life combined with my dream of making Biblical epics made its presence an inevitability. It's been some time since I've seen it, but I did take an Old Testament course last semester that made me reread the story of Moses in its entirety (that's a high five moment). Let's take a journey on the Casting Coup Couch, shall we?:

JETHRO
Who is He: The father of Sephorah. Jethro, a Midianite priest, teaches the palace-raised Moses about the Jewish faith, eventually offering his daughter's hand in marriage.
Originally played by: 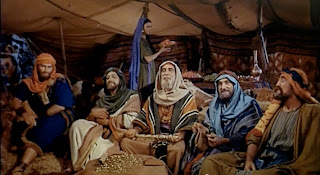 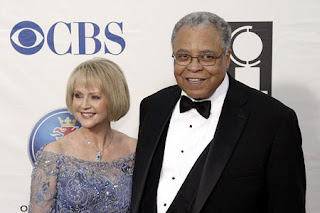 James Earl Jones (Star Wars, Coming Home)
If you're going to have a tribal leader that is also a priest, wouldn't you want James Earl Jones?
BAKA
Who is He: An Egyptian overseer who delights in oppressing and whipping the Jewish slaves. He lusts after Lilia, and when he tries to kill Joshua over her, Moses kills him. Thus Moses has to flee, leading him to Jethro.
Originally played by: Indie Spirit Nominee for Best Supporting Actor (The Whales of August) 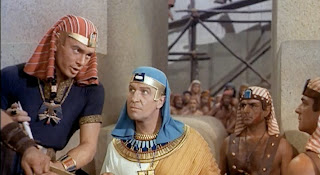 Vincent Price (Leave Her to Heaven, House of the Long Shadows)
My Choice: SAG Award Nominee for Best Ensemble (The English Patient) 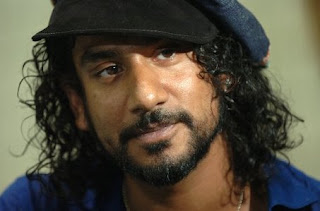 Naveen Andrews (Rollerball, The Brave One)
Though only vaguely such, he played a kind of villainous (or at least ruthless) role in Grindhouse...with relish. I imagine he would also take great pleasure in a role like this, one where he gets a spectacular final scene!
MEMNET
Who is She: An Egyptian slave who served Bithiah, and now serves Nefretiri. She knows of Moses's true origins, and so Nefretiri gets rid of her to keep her silence.
Originally played by: Academy Award Nominee for Best Supporting Actress (Rebecca) 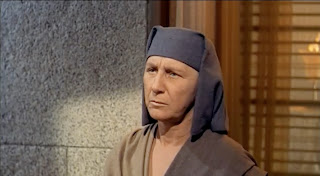 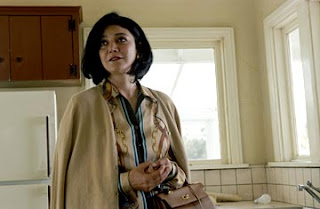 Shohreh Aghdashloo (The Stoning of Soraya M., The Adjustment Bureau)
Aghdashloo is mostly cast as doctors or scientists, with something stern about her. This sternness could be put to good use in the role of Memnet, a midwife with a stick up in her nethers. Because Memnet is also prideful, though, we'd get to see Aghdashloo play off her noble countenance. She could bring the sad, doomed loyalty that comes from the character of Memnet.
YOCHEVED
Who is She: Moses's birth mother. She sends him into the reeds in hopes that someone will discover him and raise him, fearing the Pharaoh's baby massacre.
Originally played by: Academy Award Nominee for Best Actress (Our Town) 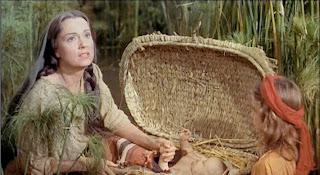 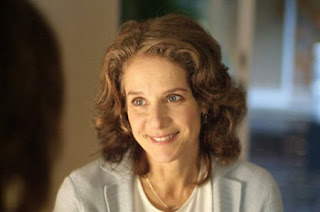 
BITHIAH
Who is She: Moses's adopted mother. The daughter of Sethi, Bithiah is bathing with her maidens when a woven reed basket floats by...with a baby. Bithiah raises the baby as her own in the palace, making Moses a prince of Egypt. 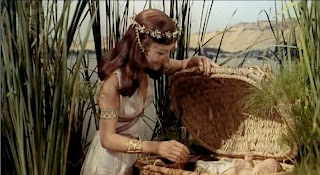 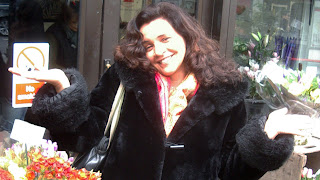 Amina Annabi (The Sheltering Sky, Cairo Time)
She exudes beauty and warmth. I can see her and Debra Winger walking together through the parted Red Sea.


SETHI I
Who is He: Pharaoh in Moses's youth. He orders the massacre of the Jewish firstborns when he fears a Hebrew uprising; unbeknownst to him, Moses is one of those Jewish firstborns. He winds up raising Moses alongside his son Rameses. 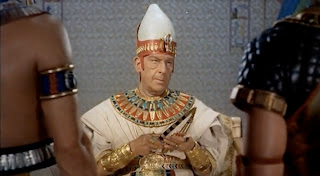 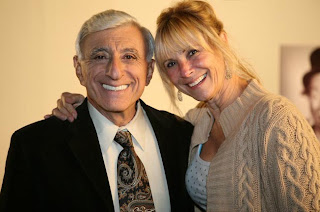 
JOSHUA
Who is He: A frustrated Hebrew slave who yearns for freedom. 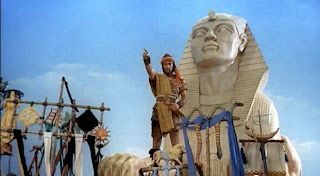 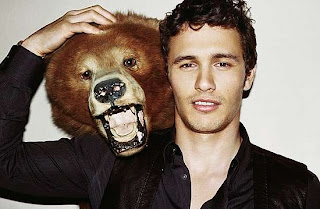 James Franco (Spider-Man, Howl)
Franco has enough confidence to play a future leader, but he's still youthful. You can see greatness in him, just as we should see greatness in Joshua. And he doesn't look stupid with a beard.


LILIA
Who is She: A beautiful female Jewish slave, beloved of Joshua. She serves water to the masters and slaves. 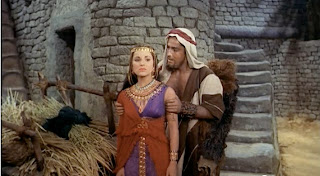 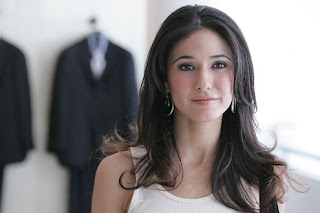 
SEPHORA
Who is She: A Midianite woman, daughter of Jethro. She gives Moses water after his many days of wandering, an exile after the murder of Baka. She later marries him. 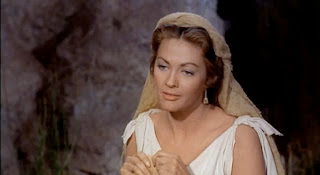 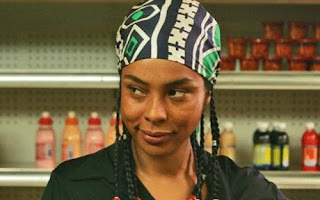 Sophie Okonedo (Dirty Pretty Things, The Secret Life of Bees)
Sephora is the wife of the greatest leader in Jewish history. Shouldn't she be played by an actress who conveys class and wisdom as easily as she does beauty and grace? 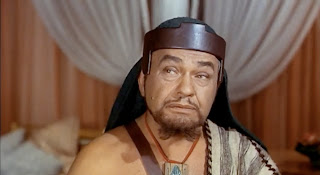 My Choice: Hollmann Award Nominee for Best Actor (The Diving Bell and the Butterfly) 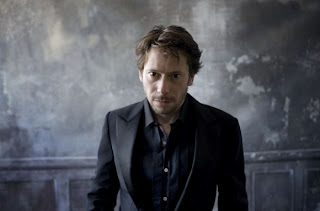 
NEFRETIRI
Who is She: An Egyptian princess in love with Moses. She wants to marry and rule Egypt with him, even if it means getting rid of anyone who can bring to light his Jewish heritage. When he flees, she is left to wed Rameses. 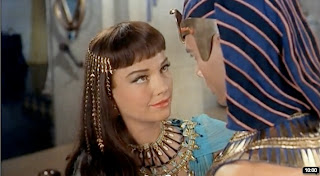 Anne Baxter (The Magnificent Ambersons, All About Eve) 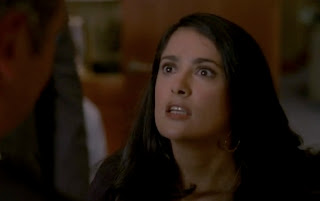 Salma Hayek (Bandidas, Grown Ups)
Hayek has the fire to play the passionate Nefretiri, whether loving or scheming. We've seen her chutzpah on display in many a film and television show -- I was reminded of her talents while watching "30 Rock" on Netflix. She wouldn't look stupid with that hair, either.


RAMESES II
Who is He: Reigning pharaoh when Moses returns to let his people go. Rameses is hard-hearted, refusing to allow the slaves to go free. He is also an enemy of Moses from long ago, jealous of his popularity with women, the people, and Sethi. He loves Nefretiri, too, and makes her his queen when Moses leaves. Even when the Angel of Death takes his son, Rameses pursues the Israelite exiles.

Originally played by: Academy Award Winner/Golden Globe Nominee for Best Actor [in a Musical/Comedy] (The King and I) 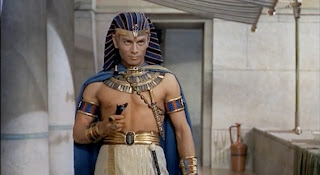 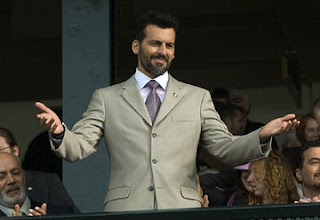 Oded Fehr (Deuce Bigalow: Male Gigolo, The Mummy)
Fehr is one of those commanding, handsome actors that never made it huge in Hollywood, for some reason. He could bring that presence -- and his accent -- to one of the greatest roles in history.


MOSES
Who is He: A Hebrew, born into slavery, raised in luxury. He discovers his heritage and protects his own when he sees a brutal Egyptian beating a Jew. The subsequent murder leads him to exile, where he meets with a God who tells him to free the Israelites from the bonds of slavery, leading them out of Egypt. He is the one of the great religious/historical leaders in the world.

Originally played by: Academy Award Winner for Best Actor (Ben-Hur), Golden Globe Nominee for Best Actor in a Drama (The Ten Commandments, Ben-Hur) and in a Musical/Comedy (The Pigeon That Took Rome) 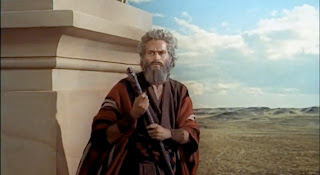 Charlton Heston (Touch of Evil, Planet of the Apes) 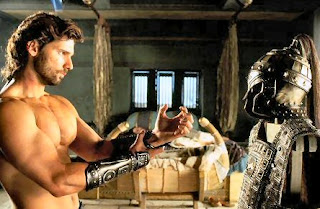 *By the third time, I started spacing out and would skip the parts with Sephora and anything after the Red Sea. Because for me, it was all about Rameses and Nefretiri. Anne Baxter had kind of a wonderful hold on me.
Posted by Walter L. Hollmann at 1:26 PM