Here it is: the last of my look back at the 1973 Oscars. And, of course, I'm ending as they did, with Best Picture of the Year.


It seems funny to think what a clean sweep The Sting had. Oh, not in Actor, but everything else it was nominated for won easily. And its deserved, but when I look at the other competitors, especially here, I have to wonder how close the race may have been. This is a miraculous line-up, where the lone "dud" is a mature, delightful comedy featuring one of the best performances of the year.

And it's so spread out, too: a teen ensemble dramedy; a Swedish drama; a horror flick; a caper comedy; a romantic-comedy. Not only is it running the gamut in genre and tone, but 3/4 are lighthearted fun! What is this?!

Following now are the nominees for Best Picture of 1973, coupled with my explanation of the star rating -- a sentence per star. Enjoy:

For beautiful chemistry among the ensemble. For evoking a specific yet relatable setting. For finding the right tone between escapist teenage fun and the bittersweet approach of reality. For the music. For compromise. 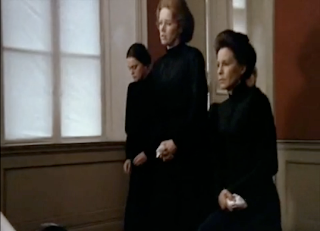 For finding fleeting beauty in haunted corners. For the realistic relationship between siblings, even those who aren't so close. For Madonna-like compositions. For a piss-scary soundtrack. 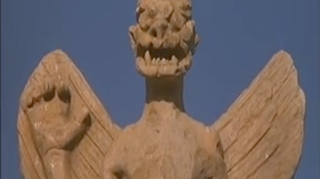 For being serious about its horror. For approaching discussions of faith without a bludgeon. For its genuine empathy for the characters, all of whom are awfully human. For the scariest shit you've ever heard/seen in your life. For finding hope through it all. 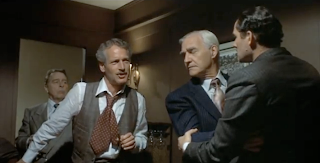 For its quick wit and sense of fun. For the unapologetic camaraderie among its menfolk. For getting serious without getting off-track. For Scott Joplin.

For its delicious dialogue. For Glenda Jackson's wonderful performance. For actually being lively.

As I said, The Sting won it all that year, but my heart is torn between American Graffiti and The Exorcist. And let's be real here -- one of them is just goddam perfect: 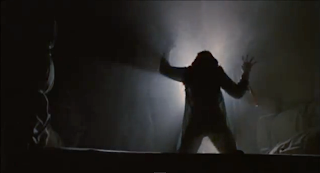 Thanks for joining, and enjoy the Retro Hollmann Awards, soon in progress!

Email ThisBlogThis!Share to TwitterShare to FacebookShare to Pinterest
Labels: 1973, A Touch of Class, American Graffiti, Cries and Whispers, Oscars, The Exorcist, The Sting