Single Ladies, Married or Not: Actress, 1973

This is the year that Ellen Burstyn finally broke through -- a relief when you consider the more than ten years she'd already given the industry, starting when she was Ellen MacRae. Indeed, the success of The Exorcist would give her the power to choose her next script and director, and that wound up being Alice Doesn't Live Here Anymore, and we all know how that turned out.

This is the year Glenda Jackson won the second of her two Oscars, being the only actress in the field doing light comedy. It was a complete 180 for the English actress, with a previous win for Women in Love. She would be nominated one last time for Hedda, which she's just delicious in.

This is the year Marsha Mason made her film debuts -- Cinderella Liberty and Blume in Love -- though it would be another four years before she worked again. Mason was mostly a stage actress, and had recently married the recently-widowed Neil Simon. She was, and still is, quite popular, though -- she beat our Burstyn, Streisand and Woodward for the Golden Globe.

This is the year of The Way We Were, one of the great star vehicles that gave Barbra Streisand a chance to show she can act even when she's not singing. Apparently people doubted her abilities and were subsequently surprised when the movie was released, but didn't she already prove her talents in What's Up, Doc? the year before? I'm tempted to say, "Oh, you know how snobby they get over comedy," but it's not like dramas were sweeping the Oscars this year.

This is the year where Joanne Woodward was nominated for Summer Wishes, Winter Dreams. She apparently felt the title to be meaningless, despite the fact that dialogue frequently talks about her (childhood) summer wishes, and her winter dreams are a recurring device. Has Woodward even seen the movie? 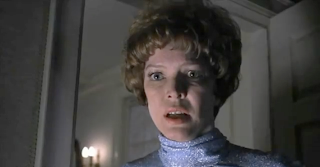 Ellen Burstyn in The Exorcist
****

Oh, she gives great Terror Face. You feel the fear and hopelessness surrounding her, whether she's screaming her head off or baiting a thumbnail in a vain attempt to control herself. I love when she finally approaches Father Karras about an exorcism, going from her own guarded skepticism to desperation -- there really isn't any other option left. And she really seems like such a good mom. "Oh, Captain Howdy." 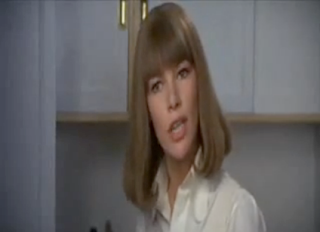 Glenda Jackson in A Touch of Class
*****

I am ashamed that it's only in the past year that I've been exposed to Ms. Jackson's work. Hedda was delicious; A Touch of Class is great fun, thanks mostly to her sublime line-readings and comic timing. When the script takes a tonal turn down Downer Road, it's Jackson who's guiding it along a fluid, consistent path, having always remembered the honest humanity behind the witty one-liners. Surprising chemistry with her co-star, too. Hilarious and touching. 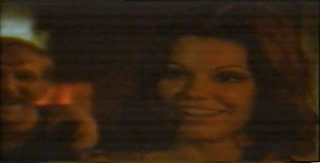 An engaging portrayal of a woman who exudes warmth and compassion, but is, ultimately, selfish. Mason is fascinating in the role, not quite hot, but definitely sexy, with a brassy attitude that can turn from "fuck 'em all" to "I'll fuck 'em all". She has a strong grasp of a woman with promise who's been knocked back enough to stop caring -- about anything. You can see why men would be attracted, but boy oh boy does she offer up reasons not to stay. 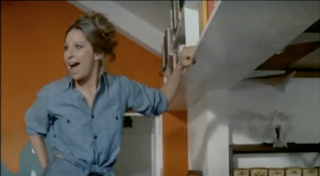 Barbra Streisand in The Way We Were
****

Babs is unsentimental in her approach, and it absolutely won me over. Katie's obnoxious, stubborn, offensive, condescending; passionate, intelligent, dedicated, affectionate. Even when she lowers her guard to stare at Redford all moony-eyed, it never takes away from the radical brimming 'neath the surface. She is unapologetic in her beliefs, and that's both attractive and frustrating. That Streisand never tries to smooth the edges is commendable. 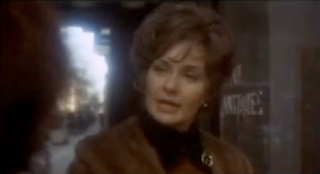 They call her the Snow Queen, 'cause she so frigid...for the first half. Joanne gives a fine enough performance -- especially in her scenes with Sylvia Sidney -- but I wish the movie could have worked without taking her to Europe with hubby Martin Balsam. Certainly the screenplay is little help, as it shifts focus from her issues with intimacy, memory and Mother to her husband's War experiences. I get one is supposed to inform the other, but suddenly Woodward's performance, and the character, becomes less certain, going from Point A to Point B without making a journey. A better actress may have found the connective tissue, or at least played up the coldness we keep hearing about; instead, desperate hysterics. Promise squandered.

Oscar, you and me, we see eye to eye on this one. I give my vote to the no-show: 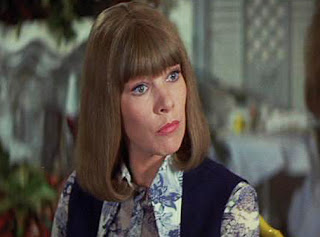 GLENDA JACKSON
for
A TOUCH OF CLASS

We'll be closing out tomorrow with Best Picture, followed by the Retro Hollmann Awards of 1973. Stay tuned!

Yay for picking Glenda! I just lover her in this but it seems almost everyone usually hates this win...

I am growing into a HUGE Glenda fan! How anyone can begrudge a win for such an engaging, hilarious, human performance is bizarre to me. I know people love Burstyn and Exorcist (me too, obv), but GLENDA!