What the hell, 1973? Is this why we get nominees like Alejandro Gonsalez Inarritu and Paul Haggis and Alexander Payne? Did 1973's vortex of visionaries spoil the rest of the Academy Awards for all time?

Look at this bounty of riches! Swedish auteur Ingmar Bergman reflects on death and memory through a female ensemble! Italian maestro Bernardo Bertolucci gives voice to his middle-aged fantasies, as an American man and a much younger Frenchwoman fuck! American master William Friedkin breaks barriers with his superior horror effort! George Roy Hill delivers yet another superlative comedy for adults! And a pre-Star Wars George Lucas returns to the past in his bittersweet ensemble comedy!

Usually I have a rule that bars a rating from being applied to more than two entry. I'm breaking that rule tonight, for all five of the Director nominees are worthy of their place. A win for any of them is a deserved one: their ensembles are tops, their pacing is fluid and consistent, and their films are haunting, brilliant. Three cheers for 1973! 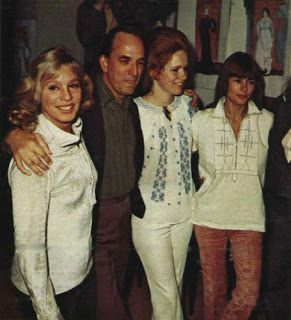 Ingmar Bergman for Cries and Whispers
****

Bergman's melancholic empathy welcomes us into the house of mourning. His work with the actresses ensures that no matter how cold and distant the women are to each other, we the audience can at least feel for them -- frustration, perhaps, but also understanding. Working with Sven Nykvist, he creates an atmosphere of dread, like the women whose sister's death shines a light on their own mortality. Yet there is also warmth: in the servant's care for the dying woman; in that woman's brief catches of light and life; in the living sisters' attempt to reconcile. Bergman's sensitive yet pitiless eye captures all. 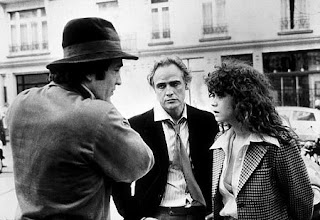 Bertolucci knows when to send that camera hurtling about, and when to hold it. That first distressing shot of a breaking Brando hurls us right into the action; compare it to that long close-up of the same man's face, monologuing about his childhood, a rare moment of stillness as he reflects. Think, too, to the butter scene, and how the intimacy of the protagonists is suddenly cast aside by brutality, the camera pulling back to get away, yet taking in every moment of the humiliation. Schneider and Brando have a surprising chemistry, and any improvisations actually seem purposeful, calculated, not an actor's conceit. So well done, Bertolucci, on knowing what you needed and how to get it! (It is a trifle long, I think, but otherwise...) 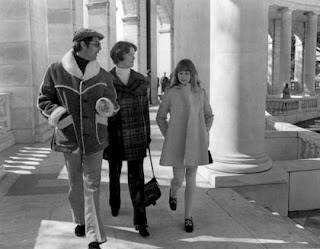 William Friedkin for The Exorcist
*****

It never gets old. Perfectly-paced, Friedkin mounts the dread perfectly before allowing it to crescendo in the shocking "Lick me" scene. Then he does it again...and again...and again. And all throughout, he's remembering to capture the little moments, the things that humanize the characters so that they become people we know, people we may see out on the street or in our own home. He takes it seriously; we do, too. 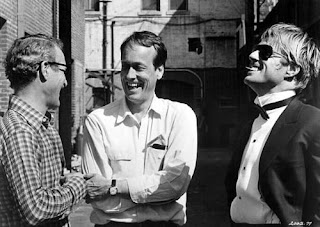 George Roy Hill for The Sting
****

It takes skill to have a light touch that isn't anonymous. Hill isn't the showiest of directors, but his ability to take comedy seriously, is remarkable (see also Butch Cassidy and The World of Henry Orient). There's no ham in his ensemble; they're all people. Considering the screwball antics going on, that's a real accomplishment. How does one have this much fun without it seeming so frivolous? 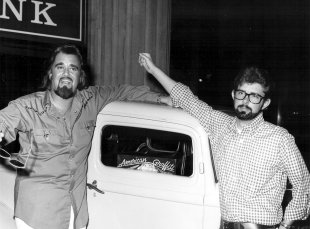 Everything belongs. You get a feeling that even without dialogue, you'd completely understand everything that was going on -- even the complexities of the non-break-up between Richie and Shirley. A perfect recreation of that one night that changed everything; we all have them in or after high school, and we all know this was it. I wish the day-for-night was better-executed, or that the vomit noises sounded like, well, vomit, but it hit all the right notes for me.

George Roy Hill won his Oscar for The Sting, and as you can see, I applaud the choice. I would, indeed, applaud any of these choices. Unfortunately, I can only give one vote, and that one goes to: 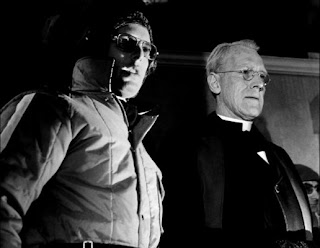 WILLIAM FRIEDKIN
for
THE EXORCIST

My own steamroller, you know.