What a rare treat is this category, that it should include four of the five nominees for Best Picture!


The odd man out here is Save the Tiger, a low-budget character study that flopped at the box office but remains legendary for Jack Lemmon's Oscar-winning performance (more on that later). There are often mistakes citing Shagan's nomination being in Adapted, since he also wrote the novel Save the Tiger; however, book came second, written as he tried to sell the screenplay, so it's counted as Original.

What, then, of something like A Touch of Class, which is based on the story "She Loves Me, She Told Me Last Night"? I can find little on this story: if it came first, if it was an essay, an article, a narrative, what was it? Why does it get to be Original? For Save the Tiger reasons? For Syriana reasons?

Still, the others are true blue originals. Ingmar Bergman returns for his third nomination in this category. David S. Ward is here for his first time, and winds up winning it; his next nod comes exactly 20 years later for Sleepless in Seattle. American Graffiti wins the award for most intriguing screenplay credits: a pre-Star Wars George Lucas and the team of Katz and Huyck, who brought us Messiah of Evil. That's an eclectic mix if ever I saw one.

It's been six years since high school, but I definitely remember these relationships: the leaps of logic, the lies you'd tell to seem more impressive, the hemming and hawing of going to college, the decision to stick with your gal or keep your options open. Oh, how I remember waxing poetic about some girl I'd seen on the sidewalk (still do, actually). And these women! Confident, funny, fully-realized human beings! I want to date 'em all! It may take place in 1962, but it's a timeless story. 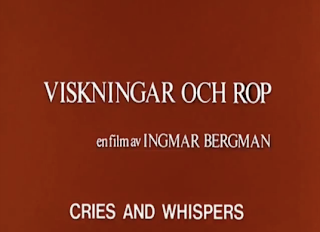 Ingmar Bergman for Cries and Whispers
****

I love that each woman has her own moment in the house, a defining night that she brings with her. Bergman's dialogue is nuanced enough to distance the ladies emotionally while still maintaining their close family ties. For me, though, the best-written scene is the padre's little deathbed eulogy -- haunting, lost, with a great fear and curious anger. Magnificent. 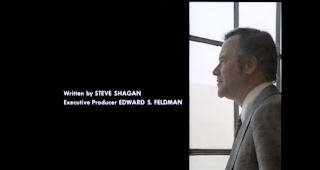 Steve Shagan for Save the Tiger
***

What a fascinating character study, though, like many such films, it kind of forces its way narratively to effect the character emotionally. I'm not quite convinced that Harry would go to the beach or have an emotional breakdown at the runway show, but at least the script attempts to justify these moments enough to earn a fair degree of forgiveness. I was quite taken by the movie as a whole, though. 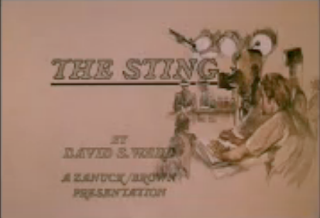 Hearing Paul Newman and Robert Shaw get to fire off such superlative dialogue together is a treat, heightened by the overall stunning execution of the plot itself and the ensemble of characters introduced. Every personality is distinct, and seeing the way they all connect for the final scene is a treasure. It's superior screenwriting.

Melvin Frank and Jack Rose, from the story "She Loves Me, She Told Me Last Night" by Frank, for A Touch of Class
**

Soooo, is it original or what? Is this story unpublished or something, like Memento? Otherwise, a cute little screenplay, with some fun dialogue for the sparring lovers and believable enough conflict. I wish the female characters were more realized, especially considering what a douchebag the lead male is. Glenda made it work, but too often is it forgotten that she has kids and, you know, a life.

Oscar bestowed its bald-headed gifts 'pon Ward and The Sting. After much back and forth, weighing of options, careful consideration, etc., etc., etc., I've come to the realization that I would probably award my vote to... Hi, movie, I love you! Though it speaks to the strength of the Academy's choice that I had to carefully weigh this....﻿

Two stars? TWO STARS for A Touch of Class screenplay!

American Graffiti, major blind spot - but The Sting wins this otherwise for me.

I always dock a star for category confusion. For me, if A Touch of Class is Adapted, then (a) it took a slot away from a Last Tango in Paris or Sleeper or what have you, and (b) it allowed The Paper Chase to creep in.

The screenplay itself? Easily three stars.