How does one judge Best Director separately from Best Picture? It's a question many awards watchers, obsessive and amateur alike, ask annually; it's especially relevant in a lineup like this one, where who wasn't nominated was just as much a talking point as who was. 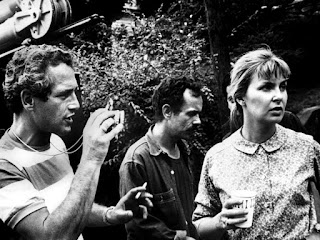 I'm talking about Paul Newman, making his directorial debut with the Best Picture nominee Rachel, Rachel. Newman was up for the Directors Guild Award and won both the Golden Globe and the New York Film Critics Circle Award for Best Director. His absence was the shocker of nomination morning. Wife Joanne Woodward, herself a nominee in Best Actress for the same film, threatened to boycott the ceremony, but the good sport Newman convinced her otherwise.

Who did get in? Find out after the jump. 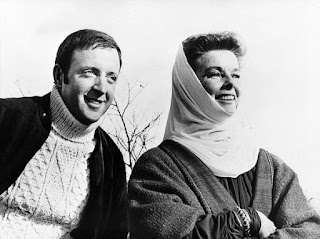 Wisely lets his cast go for it, yet careful enough not to allow them to go too over-the-top - this despite the roaring, the tears, the collapsing. His treatment of the homosexual subplot is serious, respectful. Momentum starts to slack near end; many a tedious shot of wandering castle grounds. 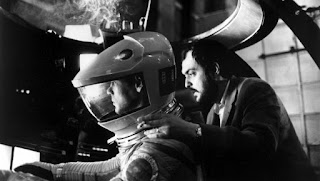 Stanley Kubrick for 2001: A Space Odyssey
****
second of four nominations in this category; DGA Award nominee

The deliberate pacing is hypnotic, nerve-wracking, and, at least in the second section of Act One, a perfect reflection of how the ultimate in human achievements, like flight or space travel, eventually become mundane. Doesn't always excite, but I respect his purposefulness and lack of pretension. 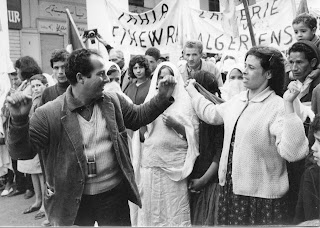 Alive, dangerous, the anger and fear vibrate off the screen through the breathtaking camera work and sublime editing. The performances (from non-professionals!) are exquisite, considering most of the dialogue are plans of attack and negotiations; Pontecorvo brings out the personal, the urgency. 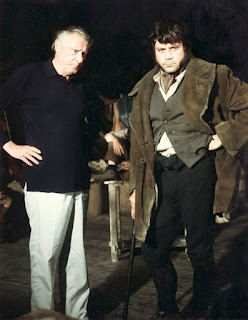 This is how a Dickens musical should be: the numbers are rousing, entertaining, yet clearly a temporary respite from the slog of poverty, with canted angles furthering the dizzying escape into fantasy. A shame that the last shot feels like such an eleventh-hour shrug after a harrowing climax. 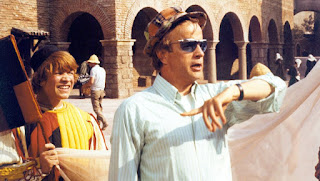 Oscar awarded the only guy here who'd been here twice before, in a bizarre presentation by five great actresses focusing on the lack of roles for women. Maybe it was a wink at Newman's snub? At least Carol Reed gave a classy acceptance speech:


My vote, funnily enough, goes to the guy whose nomination led many critics (and even some voters) to cry foul - not least because his film lost the Foreign Language Oscar two years previously. That man is... 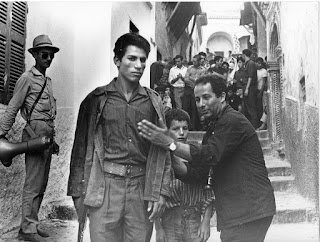 GILLO PONTECORVO
for
THE BATTLE OF ALGIERS

Tomorrow: the nominees for Best Original Screenplay: 2001: A Space Odyssey, The Battle of Algiers, Faces,  Hot Millions, and The Producers.