The idea of an Original Screenplay sounds straightforward enough - indeed, in 1968, the category's official name was Best Story and Screenplay Written Directly for the Screen (emphasis mine). Yet...

Do we discount 2001: A Space Odyssey because it is suggested by, and an expansion of, a number of Arthur C. Clarke stories from the 1950s? Is The Battle of Algiers any less original because the writers used Saadi Yacef's memoir Souvenirs de la Bataille d'Alger as a jumping-off point? What about Faces, scripted but with input and improvisations from the actors? And why no love for WGA Award nominees The Brotherhood, Buona Sera, Mrs. Campbell, I Love You, Alice B. Toklas, or Star!?

Original, somewhat original, original enough...whatever the case, these are the nominees Oscar voters designated as The Best, after the jump. 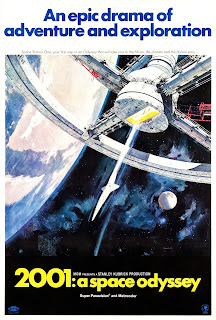 The Jupiter Mission is a suspenseful sequence - artificial intelligence, technology run amok. The sequence right before is intriguing enough with its businesslike approach to space discovery. Imaginative all around. I also have to admit I don't really get it. 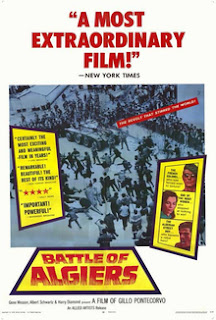 Embeds us within both camps - the revolutionaries and the authorities - without fully becoming a "both sides" appeasement nor a whitewash of the devastating violence. It's thoroughly on the side of the freedom fighters, but oh, the cost! Intimacy without melodrama - clear-eyed, personal, passionate. 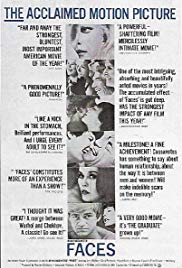 Love the idea of power dynamics between men and women, of the transactional nature of sex, of the ways we avoid meaningful and productive conversations in favor of sweet nothings. But every scene feels at least ten minutes too long - self-indulgent is the word. 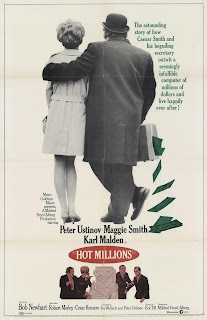 Slight conman caper that feels both sketched and stretched. No pretensions about itself - it's here to make the adults have a chuckle, and at that it mostly succeeds. A fun time overall...but is it really nomination worthy? 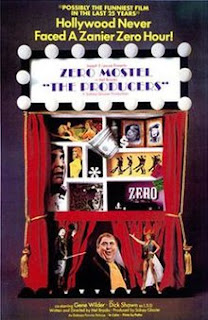 Not every joke has aged well, which can be expected when much of the humor is designed for shock value. Mostly still relevant, though, as it eviscerates every aspect of show business: the creatives who believe their own bullshit, the grifting businessmen, and the audiences who play at self-righteousness only to lap up digestible trash.


And honestly, my own vote goes to... 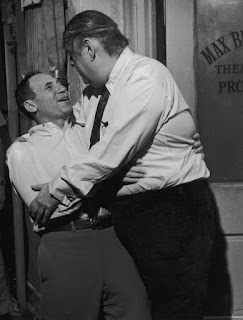 MEL BROOKS
for
THE PRODUCERS

Yes, I co-sign the Academy's choice!


You May Also Enjoy:
Posted by Walter L. Hollmann at 3:58 AM