If 1967 was the dawn of New Hollywood, 1968 was a return to values. Yes, the modern is being acknowledged, but wrapped within a more familiar package. The studio musical? We've got two. Historical fiction? We've got two of those, as well. Prestige theatre adaptation? A full four! Rachel, Rachel stands out the most for its frank talk about sex and repression, but Peyton Place was a full 11 years ago - and familiar face Paul Newman was the creative force behind it. So while movies like 2001: A Space Odyssey, The Battle of Algiers, Rosemary's Baby and others are certainly acknowledged, the Academy at large was embracing the familiar.

Which is not to see these movies are bad or boring - they aren't! They're a solid lineup! But they are also clearly the last gasp of the old guard.

Once that music cue for "Enter Fanny" starts, there's no going back - we're in movie musical Heaven. A terrific star vehicle for newcomer Barbra Streisand, it's also a sublime example of what makes veteran filmmaker William Wyler one of the greats: he just gets it, the detail of every costume and set, the various performances needed to make a cohesive ensemble, the rhythm of a song and a scene - it's all perfect. Not just funny - hilarious; not just sad - bittersweet; not just romantic - sexy.

Much of the film is a showcase for tour de force performances given by O'Toole and Hepburn - though BAFTA-nominated Hopkins is deeply moving in a significant scene between him and Dalton, and Castle is deliciously snide. Still, it's all about Henry and Eleanor; the film is electrifying when they're trading barbs. And yet there is a clear point where the momentum starts to drop and the film starts to dull. Perhaps the stage origin showing itself?

I'm bowled over by the scale of the sets, the energetic choreography, the perfectly-pitched performances, the refusal to sand Dickens' edges for a musical. If there is one complaint to make, it's that some of the numbers go on far too long - "Consider Yourself" and "Who Will Buy" are especially egregious in their dance breaks. Yet, I have to admit - I can remember much more of Oliver! than I can any other movie here. That's worth something.


Rachel, Rachel
produced by Paul Newman (first and only nomination in this category)
***
National Board of Review - Top Ten Films of 1968

Despite Paul Newman's presence behind the camera, Rachel, Rachel is the most modest Best Picture nominee - no theatre pedigree, no big musical numbers, just an intimate story of a lonely woman's late coming-of-age. It is a lovely story told well - I even like that the ending does not feel like the completion of an arc, but the next step forward. You can imagine more stories to be told of Rachel - she feels real.

Guarantee that, thanks to high school English, this is the Best Picture nominee everyone has seen. Lusty, vibrant, populated by actual youths who understand the emotional truth of behind the lines, there's a reason Zeffirelli's take on the oft-told classic is the standard when it comes to cinematic Shakespeare. My own favorites may be Taymor's Titus or Luhrmann's own Romeo + Juliet, but as far as capturing the poetry of the bard while making it relate to a contemporary audience, this is the bar.

But this is a tough vote for me, mostly because my heart doesn't really belong to any one film. Kind of similar to the 2018 Best Picture race - liked a lot of the nominees, loved some, worshipped none. Anyway. My vote: 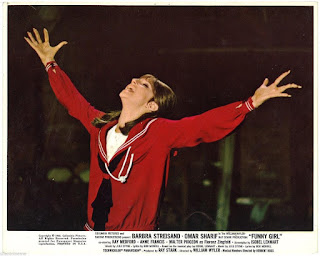