Do y'all know the podcast This Had Oscar Buzz, in which Joe Reid and Chris Feil "perform the autopsy" on films that "at one time or another had lofty Academy Awards aspirations, but for one reason or another, it all went wrong?" In a recent episode, Reid pointed out that they mainly cover films from the late-90s and beyond, as that period - coinciding with the domination of Miramax - is where Oscar Buzz and the Awards Season as we know it really came into its own. True! But I could not help thinking of the failed 1968 Oscar prospects of Petulia and The Boston Strangler. Neither landed a single nomination; both were early favorites for Best Actor. 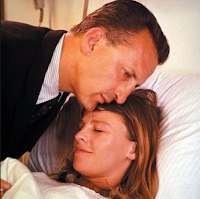 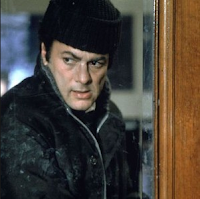 Petulia's George C. Scott (as a divorcing doctor entangled with an unhappy socialite) was critically praised, even a runner-up for Best Actor honors from both the New York Film Critics Circle and the National Society of Film Critics. But The Boston Strangler's Tony Curtis (as the real-life serial killer who terrorized the Massachusetts capital in the early 60s) is a prime example of what Reid and Feil have in mind: in John Gregory Dunne's 20th Century Fox exposé The Studio, the Oscar campaign is discussed even during pre-production; Ebert 's uneasy review still calls Curtis's performance his best in a decade; LA Times columnist Joyce Haber predicted a nomination (according to Mason Wiley and Damien Bona's Inside Oscar); and he was nominated for a Golden Globe for Best Actor in a Drama.

Oscar watchers were stunned, then, that it all came to naught, with room instead being made for NYFCC Award winner Alan Arkin, Golden Globe winners Ron Moody and Peter O'Toole, National Board of Review winner Cliff Robertson and...Alan Bates for The Fixer? Have any of you even heard of The Fixer? I hadn't before I started this project, and I have to say...well, you'll see what I have to say. After the jump. 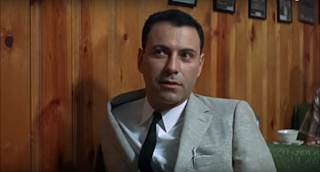 Arkin's performance as a deaf man who does not speak is warm, animated yet subtle. But it's still limited by the film's conception of Singer: his reactions give us an idea of the man, but can illuminate no further, least of all what leads to his climactic decision. Still: respectful and respectable. 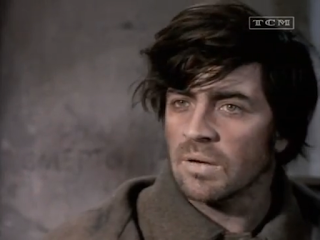 Bates goes through the wringer as a Jew passing as Gentile in czarist Russia. An accomplished balance of agony and irony, avoiding exploitation, finding humanity and humor, never playing martyr. A generous, attentive scene partner, but also masterful and unaffected in his many monologues.

In musical numbers, he's enticing, witty, charming - a trap to ensnare kids into his criminal empire. In book scenes, a clearer portrait: rasping, grasping, slithering. I honestly feel the film is an ensemble with no true lead (sorry Mark Lester), but admittedly, it's the showcase role and Moody is just terrific.

Robertson as mentally challenged adult who, through science, becomes a genius. Uneasily tasteful: he doesn't overplay the arc, but that feels calculated to win praise without actually taking risks. He cannot rise above the conception of Charlie as anti-conformity symbol and precious innocent.

Cliff Robertson campaigned his ass off - and it paid off in a win! A popular one, too, judging by some of those screams when his name is called:


Naturally, it's my least favorite in the lineup. For me, it's all about:

PETER O'TOOLE
in
THE LION IN WINTER